Path of the Murderer 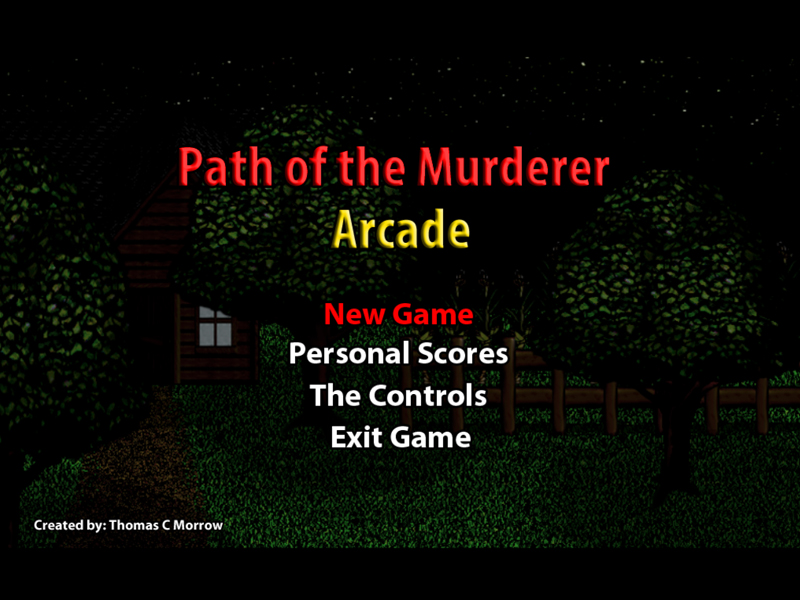 Path of the Murderer is a little arcade game made in Game Maker. You play as a serial killer and your objective is to kill as many people as you can in every level, while also trying to get your score as high as you can. The concept is good enough and has some potential, but the execution is… a little poor. Let me explain.

You control your character with WASD and the Spacebar keys, A and D naturally moves you left and right, while the spacebar makes you jump (Which is pretty useless.) You press W to hide in the background and S for attacking. While hiding, you move a lot faster and nobody can see you, but you can’t hide anywhere you want, and houses will annoyingly block your path. You have to stop hiding and walk in front of the house. The problem is that if anyone sees you, they’ll run away and you’ll lose a potential victim, but when you are forced to stop hiding (thanks to a house or some other obstacle) there’s almost no time to react and hide again. The only way to avoid scaring them is to replay the level until you know where everyone is going to appear. Or walk slowly so you can see them as soon as they appear at the border of the screen, which is not so easy as you have a time limit in each level. 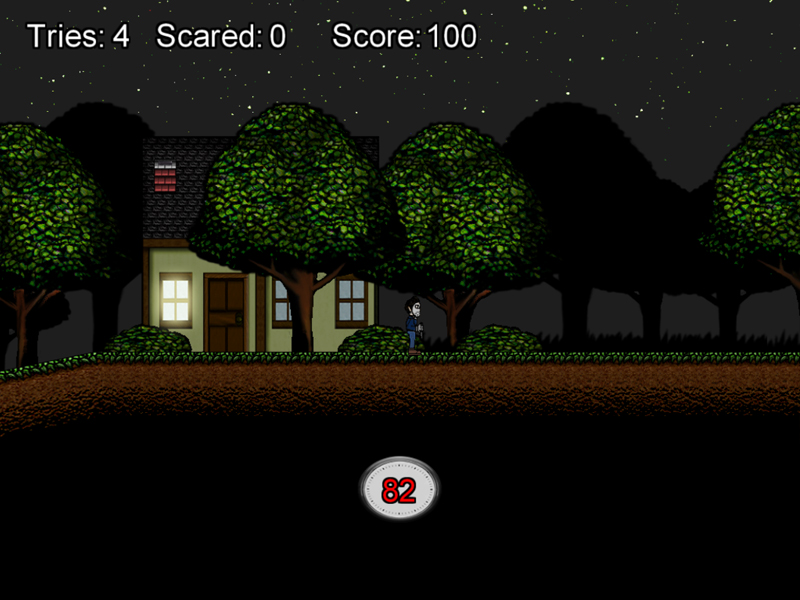 I have a few problems with the controls, first, is that to stop hiding you have to press W. This is a little confusing as your normal reaction is to press S, to press “down”, but S is your attacking button. It sucks when you try attacking someone and this little mix up makes you lose a few seconds of time. By the way, your attack has a really short range. This wouldn’t be as much of a problem if it weren’t for the “clunky” feeling that the controls have. They aren’t as smooth as they should be and this hurts the experience. For example, if your target is moving you want to appear and quickly kill them before they get too far. But more than once, I attack the air and get stuck without moving. Is hard to explain it, but the keys get a little “sticky.”

Overall, the game has a decent presentation, and the concept is fun. But sadly, clunky controls and questionable game design choices bring down the game. The game is not BAD, it is just… mediocre. Give it a try if you are bored.