1 reviews
Save to Dropbox
This game was made for the "A Halloween Horror" event.

Polixiuhs is a blend of Pacman-style arcade, D&D dungeon crawling and survival horror in which the Player (potentially you) controls Galath, a Sentinel from the Kingdom sent against his will in the Cathedral of Polixiuhs to retrieve an ancient relic known as the Cornucopia. From the surface, the structure seems unimposing, but Galath knows that it is only the entrance to a colossal underground complex. It is populated by previous fighters who tried to claim the treasures of the cathedral for themselves, but in the end were corrupted by the wicked influence of Polixiuhs.

As the Player travels through the underground maze, he will have to face the disconcerting atmosphere of the claustrophobic tunnels, the apprehension of facing vicious dungeon dwellers and the unnerving difficulty of a game which seems to be actively working against him.

Given that the plot of the game is not delivered in a standard RPG fashion, no more will be said.

The game features reworked 8-bit graphics and heavily edited sound collages taken from music that may or may not be copyrighted.
It should be reasonably unrecognizable by youtube.

The themes from the event:
Show

Well the first category is so f**king vague I really could justify any of these:
- Mysterious Present
- Broken Future
- Hopeless Tomorrow
- Forgotten Past

I dare you to disagree.

(Was supposed to include the poisoned cup, but eh not enough time)


Inspirations for the game include Pacman, Castlevania, Legend of Zelda games and Polybius. And Pony Island.

Given the 8-bit aesthetic, there may be flashing lights though not many, but you have been warned. No triggering content like rape or excessive violence.

Alright, this is a final release unless there are other glaring problems.
Didn't find any bugs, I did a bit of cleanup with dialogs and some missing animations.

Have fun and Happy Halloween! Close
11/13/2016 01:48 PM
Norton 360, which is usually pretty chill about rpgmaker games, tagged both exe files for this one as network threats. Is there anything in the game that might have caused this or could the download have possibly picked up something unwanted?
Superstroke

Close
11/13/2016 03:24 PM
I used resource hacker to change the icon hence why it might tag both exe as harmful (the backup exe was also created by resource hacker). If you're worried, copy all content of the game but the exes into a blank official rm project, it should still work.
kumada
3769

author=Superstroke
Did you end up finishing the game Liberty?


Not yet. I have been busy but I'm gonna tackle it when I have some free time that isn't taken up with mapping/streaming/sleeping. XD
Kylaila

Close
11/16/2016 11:14 PM
Did someone say dungeon crawler? Dungeoncrawler!
Oh well .. I still have other things on my plate and I will get to them at unknown times haha. So we shall see :)
bleet

Close
01/30/2017 05:06 AM
This is honestly one of my most favorite games I've played on rmn! Imo, this is truly a dev's game; a lot of the gameplay gets really fun down the line, it requires patience, but once you get there you really enjoy it, especially as a rpgmaker dev. I truly do like this game a lot, I think art and the technical skill is inspiring. Thank you for making this game. c:
Stranga

Close
08/15/2018 06:35 PM
Okay I downloaded it n finished it in one sitting. I don't think the game was too hard but maybe it's because I got to experience the despair game on here (forgot the title but you could go limp n all n iirc there were no saves) I think the difficulty n creepiness level was good actually. Unlike that game I mentioned, I actually stuck with this till the end n managed to figure out the final codex pretty quickly.
Nice game tho the very last dungeon was a bit repetitive, didn't see any point to it being so big. Also the ending was a bit too abrupt. Other than that, I enjoyed it.
caged_bird98 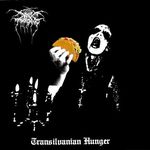 Close
10/10/2020 10:35 PM
Just had the pleasure of trying this game! I did terribly. Going to jump back into it again though - great work! Definitely a major rmn favorite!
goji