I've been dealing with a lot of stuff at home and work to where I've been physically and mentally too tired to even think or create anything for this game..
I have spent a long time thinking on how to come back in making this, and I have a few ideas that just might work but not what I first expected when developing this game..

1) I am not going to be making this game with the RPGMaker VX ACE any longer just because I still need more time to get used to using it, plus I've been having a horrible time with spriting that it's making me lack confidence in making this game. I want to make this game as enjoyable and interesting as possible, including for myself..

2)So henceforth, I've decided to go ahead and make this game on Ren'Py. So yes, instead of this game being a full on RPG it will also be a Visual Novel, something I'm a lot more familiar with since I was very young. I played games like "DDLC" that have horror elements but also has you still have ways to interact with the game. It's a very smart decision I'm making and I know for sure I will still have others enjoy this experience.

That being said, here are some goals of mine that I want to achieve in this game.

-Being able to click/investigate certain areas on pictures or scenes, kind of like a hidden object game, where you have to find certain items to progress in a game and some for special events or certain endings. This was it's not just a kinetic type of visual novel

-Having various of choices and paths, people like to have their own choice in a story so I'll give it to them! Much like the popular "The Letter" I will make it to where there's so many diverse choices, all of them will matter.

-Money?? Karrots?? This may or may not be a thing, but it'd be really cool to be able to have this in here for certain events.

So I hope you guys will still be interested in this and I will try not to let you guys down!!

Well...I'll start on the bad news;
I got a new laptop(laptop I had before burnt out) and my drawing tablet is broken, so all of my data and such for the game is no longer existent, making this a harder process than it was before..I truly am in need of help and I will do everything I can do give credit or pay for this help cause without help it would take me even longer to even get to release a demo...

Good news is that I am getting a new tablet by tomorrow and that will make it to where I will be able to start getting things back in track, and hopefully it will be more of a smoother process with the art.

Sadly, I've barely put any work onto this game for a while due to personal circumstances at home, but please do not give up on hope for this game for I really am trying all I can to make at least a demo come out within this next month...hopefully...
I'm just having some issues with my lantern effect, and I really need to work more on the art for the game....
If there is anyone who would like to help out in any way, it would be greatly appreciated...

Well, sadly I didn't get to finish even a demo for the Halloween event this year, but this gives me the perfect opportunity to really work on this game without feeling too stressed about it.

Currently I'm going to practice correcting the lantern effect so that it follows with the character, along with making sprite sheets and parallax backgrounds; as well as plenty of CG pictures.

Not entirely sure when a demo will be released since I still have a lot to work with, I hope everyone will be patient with me and give me some support since it really is my first time making a game, and I truly want to impress people with what I can make by myself. 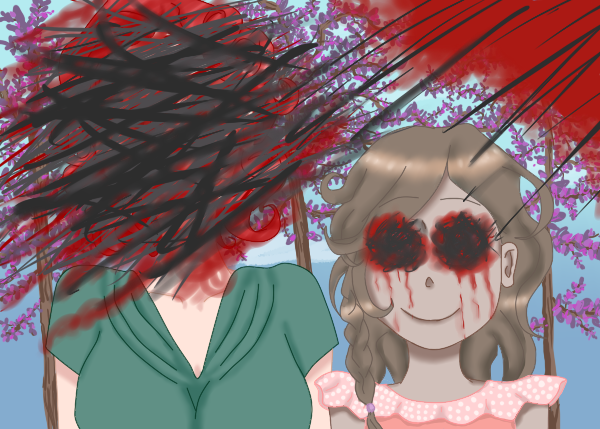