Fleshing out the character.

Story: You're the infant child of an Eldritch horror. Time to grow and become a proper horror, yourself. Of course, you're task is to go into the human world and learn things no other Eldritch horror has. Of course, to do this, you'll have to murder and dismember people and steal their body parts to make your body.

Writing: The developer uses most of the story trying to develop the alien nature of the protagonist. Instead of trying to create an alien mind, the story demonstrates their alien nature by having them question human actions and lamenting that they cannot understand. Meanwhile, through newspaper clippings, we see the panic the human community experiences as the protagonist and its fellows continue their murder spree. All in all, along with the artwork, it presents a rather creepy and disturbing atmosphere. 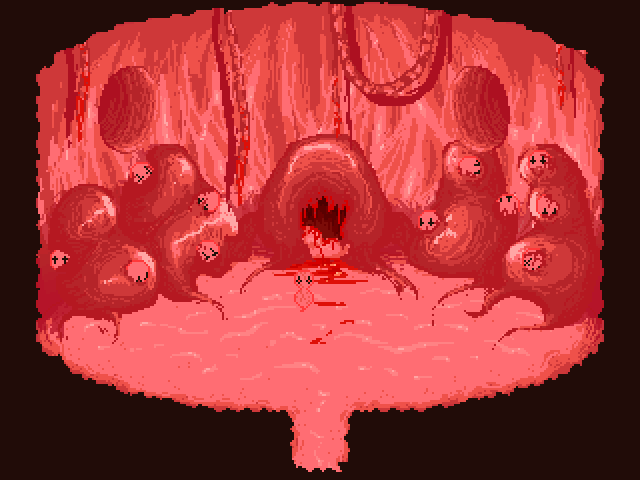 As metaphors for birth go, this one's a little on the nose.


Gameplay: Fleshchild is a puzzle game. Your task is essentially to build your body, and you need to do that by killing people and harvesting their parts. As with any puzzle game, you have to complete your goal in a round about way, whether it's by finding the keys to get to the doors to get the weapon's you need to kill someone, or to surreptitiously frighten an art gallery worker into the room you are going to kill him in. The puzzles aren't difficult or challenging, but at least one of the kills is quite clever in its execution. 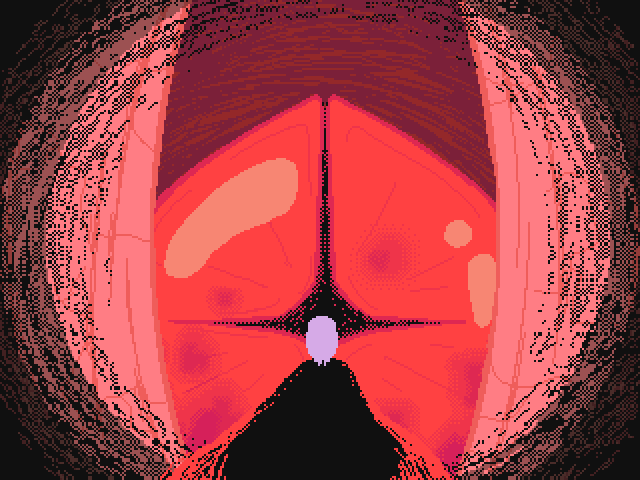 One does not simply walk up to the Eye of Sauron!


Graphics: Simply amazing. There's a certain grotesqueness to everything the artist has wonderfully captured and the character design is very reminiscent of modern stop motion horror adventure, such as the work of Tim Burton (The Corpse Bride/The Nightmare Before Christmas) or Henry Selick (Coraline). This is phenomenal work and the game doesn't even look like an RPG Maker game. 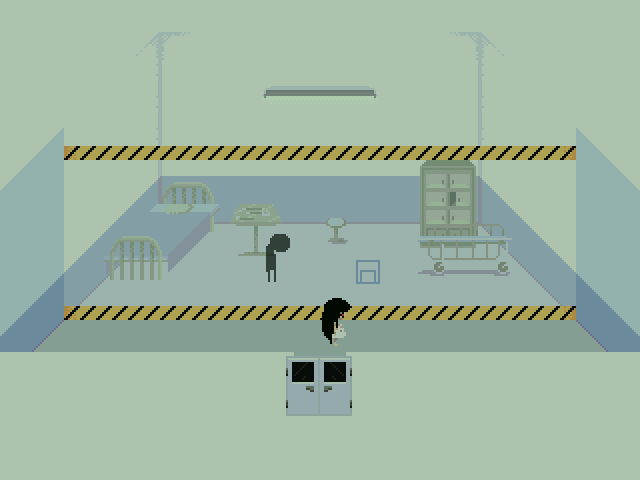 
Music: Very nice! I'm not sure where it comes from, but it has a very creepy and whimsical sound; not the industrial noise you might expect to hear in a game like this. I love it! It's a very nice change from the norm.

Conclusion: According to the gamepage, this is halfway done. I was quite upset when I realized it was made in 2013, because games that old have a track record of being forgotten, but I was quite happy to learn that the developer is still making regular updates. I highly recommend this! Here's another game that should be getting a lot more attention than it's been. As it's not completed, I'll leave it unrated.