“It is the year 2080. For over 20 years, all around the world, millions of young girls are being kidnapped, and subjected to all kinds of terrible exploitation. They are being taken to a country where the government is a harsh and brutal theocracy. There, they are treated much worse than slaves. The evil leader of this country wishes to impose his harsh and brutal religion upon the American people. He has also demands that 3000 American girls become members of his harem."

“You are one of the girls that he demands become a member of his harem. Furthermore he demands that you convert to his religion. But that would mean you would have to deny your Savior and Lord. You refuse to convert to his faith and you also refuse to join his harem. He is very deeply and personally insulted because of this. As a matter of fact he is so deeply and personally insulted that he declares war against the United States"

“Because his honor is so mortally insulted, the only way he can regain his honor is to fight in combat. Your are chosen by lottery to fight him, and his minions. You will fight against him and his allies in tanks with in an arena. The top ranking members of his government will fight you, in different arenas, inside of tanks. If you can defeat him, this will mean the end of his reign of terror.” 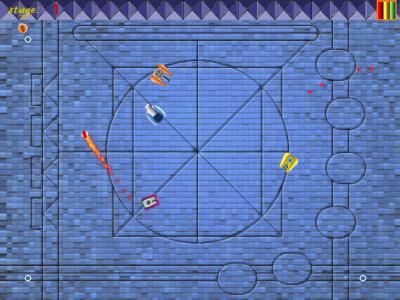 And that’s a copy-pasted and somewhat shortened version of the story of Hover Tank Battle Arena, a small game made in Clickteam Fusion 2. It is a ridiculous backstory for such a simple game… even though it is only included in the readme and it never shows at all in-game. 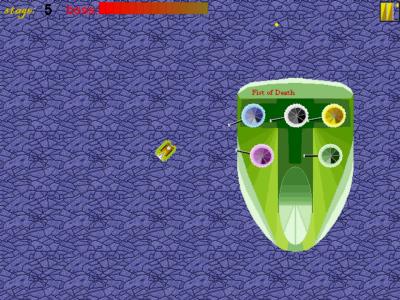 The game is basically a top-down shooter where you control a tank and shoot at your enemies. It is fairly standard and there’s almost no noteworthy feature to talk about. Yeah, there are special colored enemies that can only be damaged by special shots of the same color. But, this doesn’t really feel like it adds a lot to the game. Probably another point to talk about would be the very high difficulty, for example, the first boss can hit you from off-screen, sometimes multiple times, while you are still trying to get close enough to land a hit. It doesn’t help that the mouse cursor “sticks” to the map, instead of moving independently. To explain this a little better, in any top-down shooter when you aim a spot with the mouse and then move around, your character will still aim at the general direction, but it will move with the camera. Here, it sticks to that spot and you have to reposition your cursor all the time, especially when trying to dodge the enemy. Is hard to explain but once you play the game you’ll see what I mean. 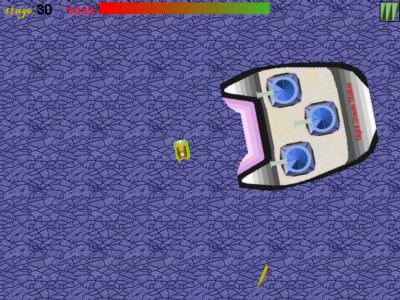 Overall, there’s not much to talk about. The whole game is just mediocre with nothing interesting to speak of. Personally, I didn’t like it, but I believe that some people out there will find more enjoyment out of this… maybe?