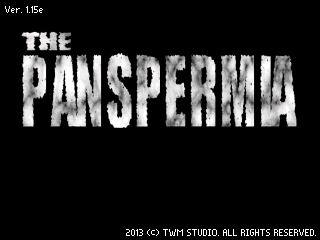 The year is 2132. The resources on Earth have become depleted, and mankind sought out new settlements and advanced on to other planets. At that time, a meteorite from space has been detected carrying unicellular organisms with similar DNA structures as those found on Earth. This discovery is thought to contain the key to unlocking the mystery behind the origin of life on Earth, so an investigation has been launched. As a result, an unknown planet has been discovered in our Solar System: Harmonia. An American research team from Mars Base is set out to embark for Harmonia in order to survey it.

Soon the truths behind mankind, life, and the universe will be revealed.

Users playing the game on Windows 7 are likely to experience lag if playing in fullscreen mode. In order to avoid this, either play the game in windowed mode (done by pressing Alt + Enter), or if you wish to play in fullscreen, use the alternate, "RPG_RT Fullscreen (Win7 Fix - JP Locale Required).exe" file that is included in the game folder (instructions included in the Readme).

Close
08/13/2017 03:24 AM
Played a bit of this and enjoyed it. I stopped playing (for now) mid chapter 3 after a stupid gratuitous game over hole but otherwise this has been a pretty neat experience! Translation is laudable, given the nature of the text, gameplay is mediocre but story is pretty great, music is nice with looping problems, graphics are immersive and original but have some issues (such as blue artifacts around portraits, which are also 10% transparent for some reason, but otherwise its very smooth)

Close
08/13/2017 08:31 AM
Thank you for your review on THE PANSPERMIA, Joseph Seraph! We really appreciate the feedback!
Red-Cube

Close
09/06/2017 06:33 PM
Overall sound and graphics are ok, yet there are some minor gamedesign issues which dampen the experince. For example the "Panspermia Theory" shouldn't fade automatically. The player should read text at his own pace. Also 2 thirds of the turorial messages are obsolete do to the quite intuitive gameplay (actually everything except for the locker description).

Is this your first game? Cause mine had those flaws as well. :)

Close
08/11/2021 10:06 PM
Played it around a month ago. Bad graphics since its using rpg maker 2000, But a very good story. It had me stressed and rooting for many of the characters a lot. Although, the ending was
Show
predictable to me. It was a terrible choice to trust april, and obviously the crew needed to take more measures which they didnt. But I must admit that I had completely forgotten about the encounter with the "mother". But even if that never happened, the crew needed to be quarantined for years if not for their whole life along with the ship, and I dont think thats what the people on Mars base did. Goodbye humanity. It sucks a lot for Rouse, and the others. she and they deserved a lot better. Oh well...

It was hard at times,
Show
especially if you werent prepared for the last bossfight.
and frustrating at places. But if youre careful, you wont have a problem with (minor spoiler about mechanics which is already in mechanics.png)
Show
your health and sanity bar. Even I didnt have much trouble.
. And though I dont remember much of them, i think the puzzles were pretty good/hard, and the answers are given! If I were to rate it, Id rate it pretty highly.

If you somehow enountered this obscure place on the internet and are looking at the comments to decide whether to download or not, id say give it a shot.

Edit: I agree with Joseph Sarah, however I didnt notice any looping problems in music. But I cant be sure since its been a while. THE OST is unique and fitting to the game.
orcaproductions
0

orcaproductions:
If it helps any, we have written a puzzle solution guide for THE PANSPERMIA.

Was there any place you are particularly stuck at?
orcaproductions
0

Close
08/27/2021 01:36 AM
Alright, we will be writing a guide for THE PANSPERMIA. It will take us some time to write it out and we appreciate the patience on this.
orcaproductions
0

author=enigmaopoeia
Alright, we will be writing a guide for THE PANSPERMIA. It will take us some time to write it out and we appreciate the patience on this.

Close
09/13/2021 08:37 PM
orcaproductions:
We have posted up our spoiler-free walkthrough for THE PANSPERMIA. We really appreciate your patience on this.

We hope this helps you out and good luck with the game!
orcaproductions
0

author=enigmaopoeia
orcaproductions:We have posted up our spoiler-free walkthrough for THE PANSPERMIA. We really appreciate your patience on this.

We hope this helps you out and good luck with the game!