Love is Dead had some neat ideas going for it, and while I did find the gameplay repetitive and the visuals a bit too saturated for my weak ol' eyes, I had a good time. It's a shame this game was cancelled! On the surface it's simply a quirky story about a secret agent carrying out his mission, but underneath there's a lot going on with the theme of heartbreak. Probably there's even more going on, but to be honest I wasn't sure if I completed what was uploaded. I played for about 2 hours and hit a wall where I couldn't progress due to being unable to find a circuit breaker. I felt like I was seeing an iceberg of a game but I never made it past the top, which was both fascinating and frustrating.

A brief note on the saturation: I had a hard time reading the text due to the color choices. 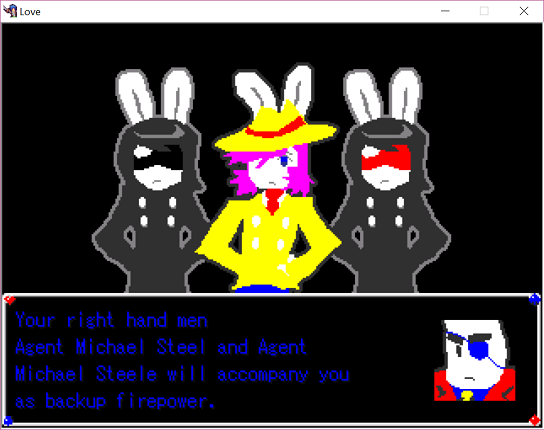 I ended up manually editing the windowskin so I could see better, which was a hassle and I didn't do a very good job, but after that I had a much better time.

Most of the game consists of wandering around and fighting some wolves. The card-dealing system was great. You press Shift to deal a card from your deck, which places the card in your inventory, and from there you use the card to turn it into a weapon. Over time the weapons fade away, and your deck never replenishes, so the game itself comes with a time limit. While it's a harsh system, I loved seeing all the different weapons and attack animations, and the impermanence of these weapons (along with the loss I felt once powerful ones were gone...) meshed perfectly with that sweet, sweet relationship angst.

The rest of the combat is very simple. You get your weapon, you attack. Agent Love has backup in the form of Agent Steel and Agent Steele, who fight with forks and spoons that never break. There's two enemy kinds I encountered: one who's just kind of there, and one who will kill you. I never could beat the second kind. Incidentally, this game has one of the most stylish title drops in the game over screen -- once you get to those Agent Sharpe enemies you'll definitely see it.

Aside from combat, the main thing you'll do is explore. You can find Agent Small in hidden wall cracks, or sometimes behind paintings/clocks/other objects on the wall. You can also find whiskey, which restores your HP, or forks/spoons. If you're lucky, maybe you'll stumble on a golden treasure chest or two. These hidden areas close after you enter them, so be careful!

There's a few mini-game type sections where you examine bookshelves for hidden switches, and at one point you can spend the currency you get from battles on a vending machine. I treated myself to some and Ambiguous Wording, Joyless Sex, to name a couple. Using them, well... it's unsatisfying.

This game is full of weird little touches like that. It's described as a queer game which it does deliver on. 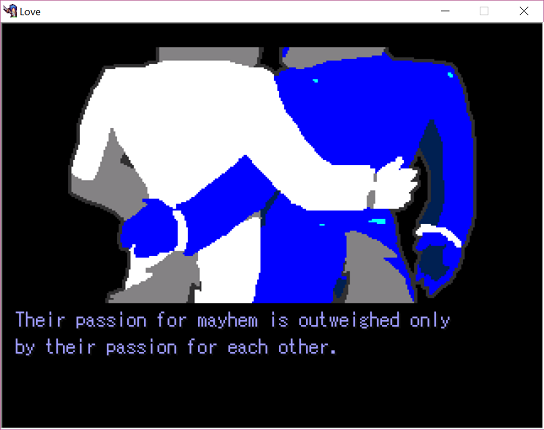 I LOVE this kind of thing


It's hard on the eyes and ends up repetitive, but I still recommend giving this one a try. Love is Dead is a fascinating glimpse into what could have been with a story of some Interpersonal Relationship Troubles. If you like this dev's style you can keep up with it here.

Close
06/11/2017 06:35 PM
Thanks for writing a review of this thing! I keep wanting to resurrect this game, but I'm never sure what to keep and what to leave out. This feedback helps out a great deal!!
LOVEgames 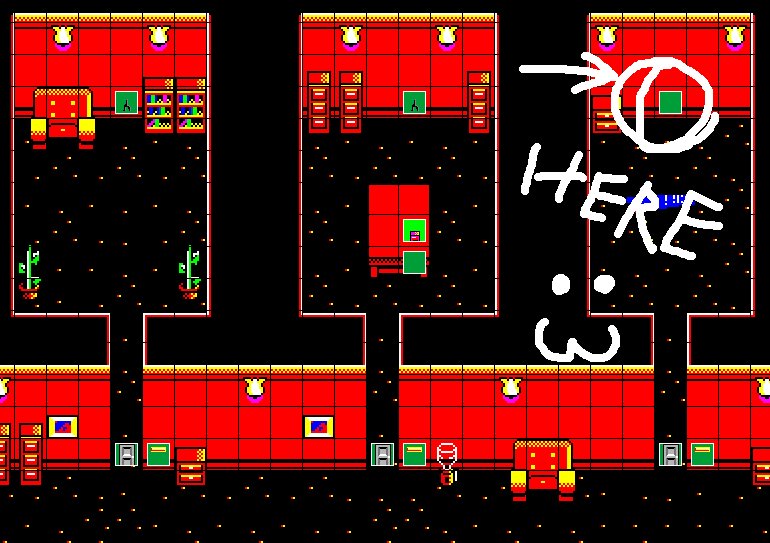 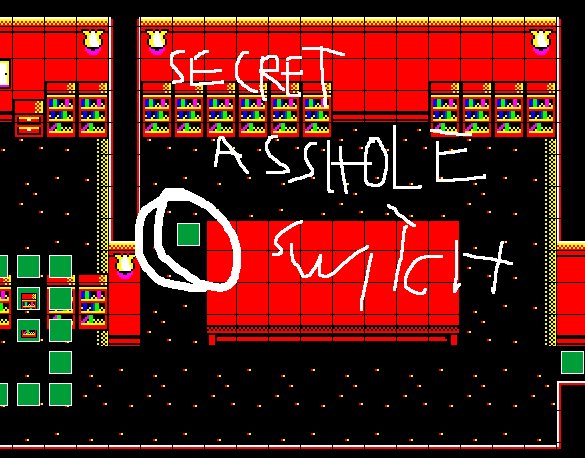 Close
06/24/2017 05:16 PM
I'm glad to hear this one is still on your mind sometimes! I've started Mouth Sweet and have found it super interesting + am definitely interested in future stuff you get up to.

Also thanks for the HOT TIPS, I'll probably take another stab at this sometime.
Pages: 1