No WONDER nobody wants to review this game!

Name: The Little Music Box and the Daemon

Story: You play as Crescent, who has a vision of a woman imprisoned by a an evil count. You impulsively go to save her and get beaten by soldiers. After being rescued by a soldier named Jack who is on the same mission as you, he helps you sneak through the sewers. Any further than that...I'm not entirely sure it's possible to make it past the sewers. I wouldn't have reviewed this except this really needs a bit of a going through. I'm considering this game unfinished and won't be rating it as a result. I wouldn't be surprised if the reason nobody's reviewing this, despite being one of the bounties for Review Pirates is if the people trying simply CAN'T finish it. I will tell you this, I was enjoying the game until I got to the game play. All enjoyment ceased there. 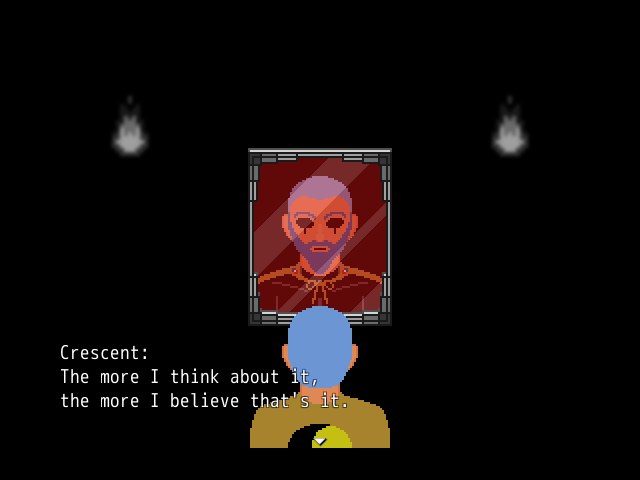 
Writing: The writing's really quite good. There are quite a few scenes that drag on for a bit and might start to wish the game would get to the point. The tone is difficult to describe. It seems like it's trying to be a serious game, but there are isolated moments intended to be humorous that, instead of setting a humorous tone, seem to really undermine the tone of the overall story, but that's really the only thing I can point out and that's just me forcing myself to come up with something to criticize the writing over. I like the story and am really frustrated I can't get through this game. 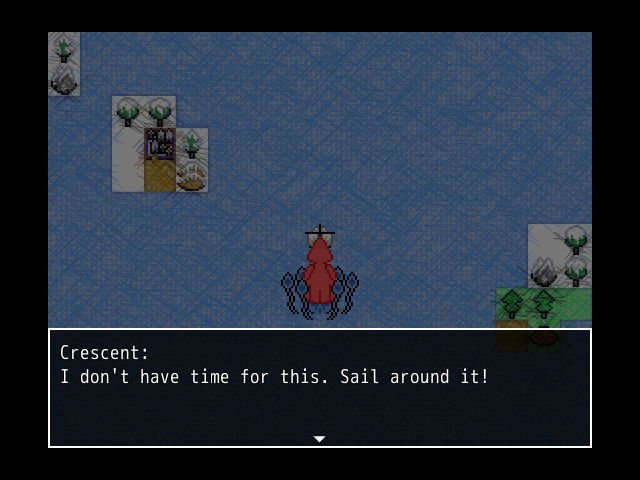 OH! Umm...yeah! Well, that was anti-climactic.


Gameplay: Trainwreck. There are game settings that we are all familiar with; Easy, Normal, Hard, Superhard, Nightmare, and Christ,-dude,-would-you-please-balance-your-shit? Guess which one this game is. So, let's start with the super obvious; the fact that your main character will die. Crescent starts with 100 HP. The first enemy you face is two Pi-rats. Jack has already told you that you should guard and let him take care of the enemies, but there's no real point. If you don't guard, the rats will hit you for 99 points of damage. If you guard, they'll hit you for 49 points of damage. I mean, forget the obvious question, being, why is the weakest enemy in the game hitting this damned hard? So, Crescent has two HP, and Jack's doing all the damage, and is not actually doing enough to save you. Unless you're using a ton of magick points to do Jack's special moves, you are not taking these rats out in time to keep Crescent alive. You can spend all of your magick points on one huge move, or can do a smaller special move twice before you're completely out of magick points. Next is the fact that you can't replenish your items or update. After having to restart the game once and going through the really long opening scene that you can't skip a second time, you figure that you can grind and get better equipment before doing the mission, right? Nope, you have to wait until night before going into the sewers, so of course, any stores will be closed. Here's your first mission. You get 350 gold to get some good armor. Buy the armor, sell your copper armor, buy the bronze helmet, sell your copper helmet. You now have 60 gold that you can now buy a weak elixir or a magick potion with. Night time, you cannot buy anything, you go down to the sewer with what you have, and that's it. If you avoid the enemy battles, you may find a healer down there who charges 130 gold to heal.

So, here's the rundown. You have a dysfunctional character who cannot act, unless you want him to get killed in one or two hits - if he does act, he's too weak to be of any use - your useful character is hobbled by insanely expensive magick abilities - you cannot replenish items - you cannot sufficiently equip your main character - the enemies hit ridiculously hard - healing is stupidly expensive at a point in the game where you barely have any money anyway! I save scummed by the healer for about an hour. One fight! One freaking fight! I could not get through one fight to even have a hope of even trying to level Crescent up even once. I could not get through one fight. I tried to see if I could just grind on the pi-rats at the beginning of the sewer. Not a chance in hell. You run out of healing and Crescent still hasn't leveled up and once you've run out of healing, you're just out of luck. So, after about, roughly two hours of beating my head against the wall, I decided it was really time to just give this game a middle finger. Unless you're some kind of RPG super wizard god, you're not getting through this dungeon. Once I accidentally messed up the save I was trying and failing to build Crescent up on, I finally decided it was time to give this game a middle finger. 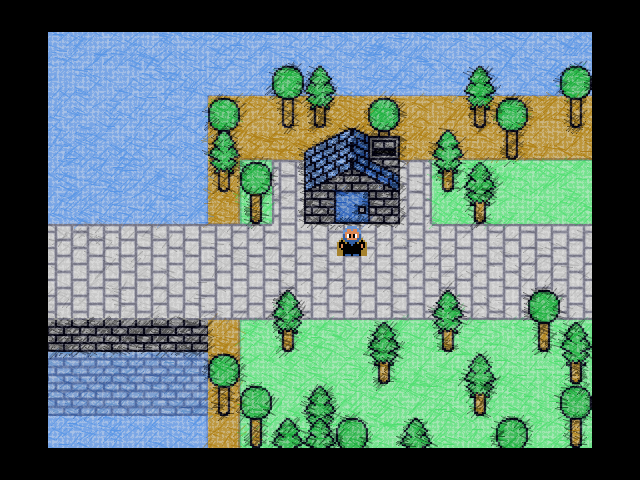 
Graphics: The graphics are really very nice, but I don't quite understand them. They're pixel images, but they're scratched over in pencil? So are they pixellated and stylized with pencil or are they handdrawn and just look like pixellated due to the resolution. Either way, they have a very quaint, handmade look that I find quite nice.

Sound: It seems like music is a mix of custom, music from packs, and RTP. As for sound effects, it all seems pretty standard. The music suits the game quite well.

Conclusion: Avoid! Avoid! Avoid! You'll be hooked on the story, and then you're going to find yourself in this dungeon on some nightmare mode and you won't be able to advance to see the rest of the story. Not fun at all.

I'm going to finish this review event. After that, I've got a tabletop game I'm preparing to DM, and then I'll probably revisit this game and try again.

Close
02/15/2019 10:05 PM
You do realize you can actually return to inn in order to rest right? And that resting at the inn only costs 30 gold pieces for two people.
pianotm

thesacredlobo
You do realize you can actually return to inn in order to rest right? And that resting at the inn only costs 30 gold pieces for two people.

I did not realize that.
thesacredlobo

Close
02/16/2019 12:53 AM
If anything my biggest gripe with the early part of the game is just how boring it is. Since, you'll need to go into the sewers multiple times in order to gain the levels as well as equipment you'll need to advance to the next part of the game. And this is a process that takes quite a while to achieve.
StormCrow

Close
02/17/2019 02:36 AM
Interesting, seems like the creator managed to get the hard parts right (custom graphics, some custom music, solid writing) and then got the easy part wrong (making your database numbers not fucking nonsense).

Well I guess it's actually probably relative to the dev what's hard and what's easy. Good writing is not hard for me but I imagine it's hard in general. Basic functional battle balance seems easy, and I'm always surprised at how many games fail wildly at it.
thesacredlobo