5 reviews
Save to Dropbox
Made for the 2017 Winterruption Event!

You are *Insert Name Here*, the newest agent at the Absolute Peak Guild. Most of their other agents have moved on to the new continent so they need someone competent to do all the quests and solve problems of the citizens of the fair land of Lasna.

Find an old man down a well, help a vampire clear monsters from his estate, escort a prince and his bodyguard knight, find treasures in ancient tombs, and prepare for the coming of a great evil from the depths of the ocean. Also, there is a main quest about saving the King's daughter from the evil Lord Nemera, but no one cares about that.

Featuring quickly-drawn doodle maps (a couple of which that were recycled from Last Minute Gift because time and stuff >.>)

Special Thanks to kentona for coming up with the name of the game! :DDDDD

JosephSeraph, after playing and enjoying the game, has graciously offered to draw custom faceset art for Quest Questers! :DDDDDDDD

Check out these gorgeous pictures of Vallie he made! 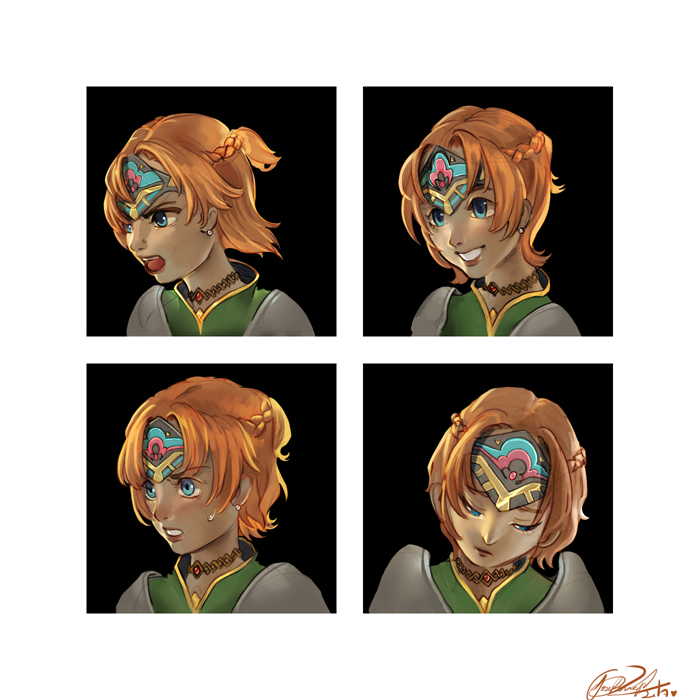 
I am thrilled to pieces to have this amazing opportunity to have such lovely art added to the game and I feel like these custom facesets will add a lot to the game!

Thanks again for working with me on this, Jo! I'm so excited to be getting such lovely custom art for this project! :D <3
Meet a vampire aristocrat that really needs to catch up on sleep.

The ice caves of Wendigo Mountain!

Guardian of the Description Thread
18996

Close
11/05/2018 02:36 AM
Played & beat the game on nightmare mode :-). It was challenging but I managed to do it. Had to do some moderate grinding.
The monsters on the last area were very difficult. All I basically did was run.
unity

author=matski
Played & beat the game on nightmare mode :-). It was challenging but I managed to do it. Had to do some moderate grinding.
The monsters on the last area were very difficult. All I basically did was run.

Close
11/10/2018 05:01 PM
I really liked the game. Art and monsters were just delightful and characters were very nice. I found middle quests somewhat monotone, but the final ones made up for that.

Show
Really enjoyed this version of Ctullhu and the gag with his final form not fitting the temple/scene.


Probably the biggest "minus" for me was that fights were a bit monotone as well, not in difficulty (played on hard mode), but they were too straightforward until higher level skills, although the cute art really helped to overlook it, and the 'bonus' quest was more exciting.

Overall it was very enjoyable, and just so nice to play.
unity

Close
11/10/2018 05:14 PM
Thanks very much! :DDDDD I'm glad you enjoyed it! I agree that the fights are pretty simple and straightforward until the lategame.

I would like to one day take the base ideas from this game and use that to make something similar in tone and feeling but with a larger scope, and a bit more polish.
1for3

I encountered one minor bug: on going back to the fens during the bonus quest (to buy a 4th Kloe Crystal), I got a pop-up text from Azali (who wasn't there), telling me I "still needed negative four flowers".

One odd thing about Nightmare is that the boss of the Main Quest winds up arguably harder than that of the Bonus Quest (and pretty much impossible without the treasures from the Bonus Quest); which made all the humorous dialogue about how easy the Main Quest would be after finishing the tower fall kind of flat. Plus I just know the Princess would have had fun dialogue during the Bonus Quest, that I missed out on...

Anyway, really enjoyed it! Congrats on being featured and everything!
Gretgor