"made this in 2 days for an event"

There are spoilers in this review.

As quoted by the author above, this game was pretty much a rush job. It was made for the Winterruption sidequest event, I believe. The event required participants to make a game focused around sidequests. 10 sidequests from a premade list on the event page that you can see in the link above. Alright, let's take a look at the game itself.

The game's playable...somewhat... maybe. I ran into a game freeze due to approaching a cat the wrong way and later ran into a 'file not found' error in the first battle. These are pretty simple errors that are easy to fix, but seeing as this game was a rushjob something like this was probably gonna get through.

Aside from the bugs, this game's basically a parody type of game. Parody on RPG's, archetypes in RPG's, and so on. The sidequests, though, are probably not something anyone would expect. This game's got loads of surprises, actually. 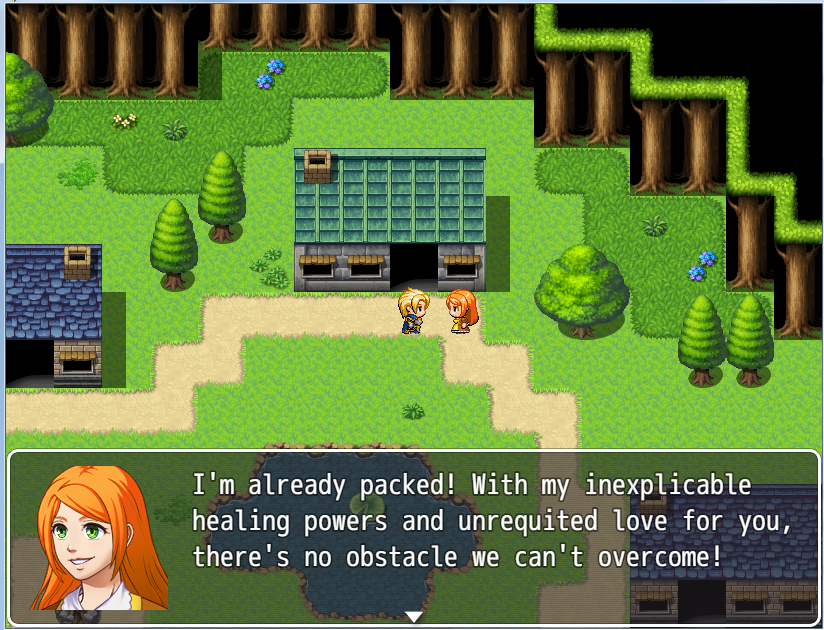 He somehow didn't hear the most glaring part of that conversation

Imagine my surprise when I finished 5 quests only to find that the game ended, then later I find that one of the quests counted as 5. Slightly disappointed, but I know the feeling of working under a deadline, as well as how long it takes to make something in RPG maker. Got about 177 hours into 1 game and haven't even finished a beginner's forest... 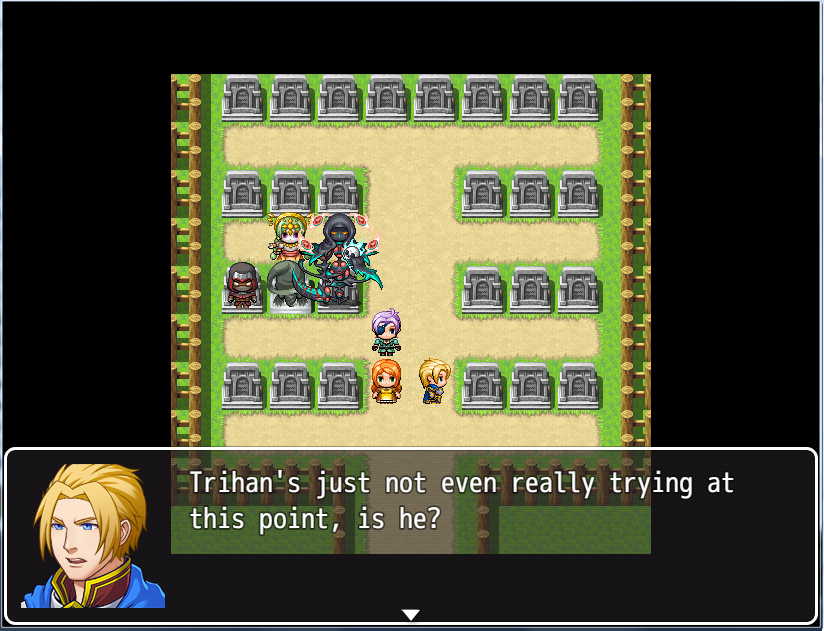 The deadline issue culminates in a graveyard, of all places.

All in all this game was made for an event under a choking deadline, so I understand there would be bugs and limitations here. If this wasn't such a rushed product, I think it'd be a nice addition to the parody RPG genre, which I always find pretty amusing. Oh well.