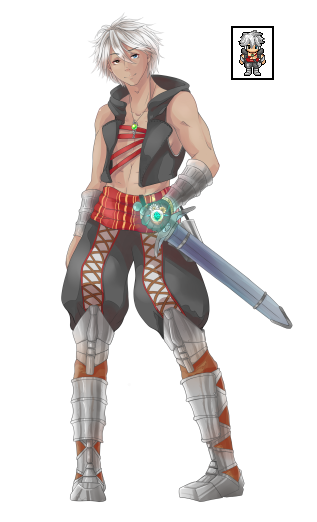 Soren Knothole , is a 23-year-old young man of insolent and uncommitted nature, living in a small hamlet north of Ommali: Palumnia. It is often pointed out by the inhabitants and is not the most appreciated person of the village. He still lives with his mother: Myriam.
Dreaming of traveling through the oceans of Limsa, and especially the torn ocean, his desire for adventure is fueled by a darker reason. In its violent waters it hides the disappearance of his father. So, while sailing in these places, he might perhaps then learn more about tragic event. But before venturing on the seas, he must pass before all his mercenary contest in the army of Limsa: The Asmil order. If he passes the exam, his pass to navigate the waters will be validated and his objective of departure can then be realized. 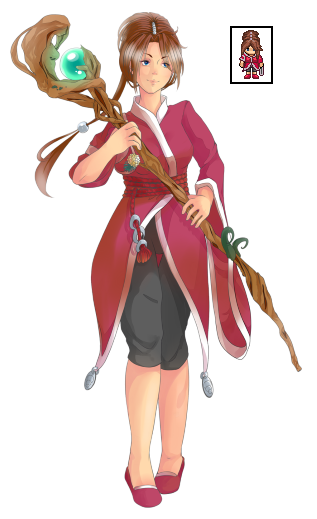 Payne Lore is a 25-year-old woman. She is a native of Braneska, the capital of Ommali, and is none other than the daughter of the Dénarque. Posed and intelligent, she succeeded brilliantly in her studies in the most prestigious schools of the capital, evidently backed by her father.
But this school career was not to become the most talented bureaucrat of Ommali but to prepare for his future pilgrimage destined for him.
Indeed, Payne was chosen by his father to take over the heavy task of a Valhsin. That which his paternal endorsed for many years.
Thanks to this religious journey, she will be able to continue Valhécité in Limsa and appease the wanderers of this world. 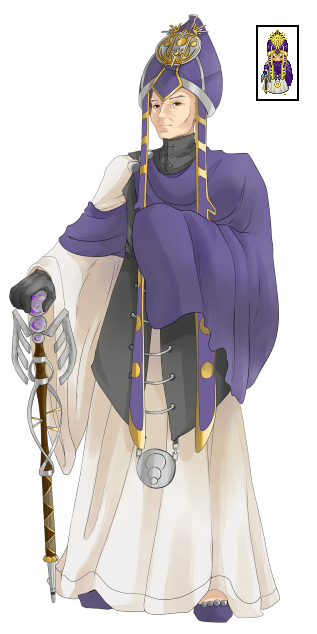 Bahn Lore , commonly known by its religious title, "Dénarque", is an elderly man governing the capital of Ommali: Braneska. This city was built in his image to thank him for his courage and his acts of bravery. It was the first Valhsin of the second era. For having brought Valhécité into Limsa and while having made it last, it is very adulated by the Limsois people.
He is also protected by 5 bodyguards, named "Denisin" who obeys him to the fingers and the eye.
He is a man of character and right. He carries a very strong devotion to the Gods and even creates his religion around them: The Neo'Deni.
They worship Neo and Yue, creators of life on Limsa.