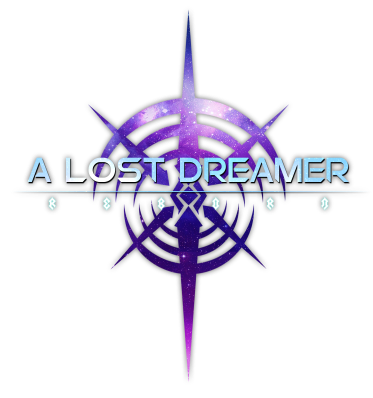 Weight: (all audio files are converted to OGG)- 385mo
Duration: About 45minutes.

Description of the prologue:
The beginning of the game will be very linear, forcing you to take a specific path.
This choice is made to let the player to get used to the universe and the gameplay without losing it in the vast places that compose the first island. Once the player has some important landmarks, he will be "let go" and freedom will be present. Giving a sensation then a lot more greatness.
I'm never appreciated projects that you loose in a vast world without knowing any thing. Often we discovered 3 hours later that a nice shop was at this place so that it would have served us well in the beginning. (example lambda)
The fact of "private" the player at the beginning and to show him later that he is free, gives off a stronger feeling than if you give him everything from the start.
This version is not completely finished in the narration. The second demo will conclude everything correctly.

This prologue should not focus only on this part of the demo (planned but always postponed). However, to make you wait, I thought you would appreciate finally being able to touch this game.

It is very important to remember that this version will be subject to modifications for the next demos. You will not have access to all the content as it is still under design.


> There are uncompleted items, as follows:
- The menu: deactivated at the same time, it is not necessary for the alpha version.
- Fights: I created a "pseudo" balancing and some strategies for the 4 fights available so as not to spammer the basic attack. However, they will be greatly modified in future demos (HUD, ATB, balancing, strategies.)
- The music: some are not finished, looped or it misses the final mix.
- Backups: I have intentionally inserted the opening of the backup menu at the end of some scenes, in case you come across a bug or you had to leave the game in a hurry., This will save you from having to load the last point of backup or lose your progress. In parallel, for each act of a chapter, an image summarizing it will be displayed in your backup slot. However, this feature is not present in this version.
- Tertiary dialogues: The NPC dialogues are subject to change.

> Bug reports / uncorrected errors:
- Sometimes, some texts will come out of the dialog box. Most of the time, it is only a slight shift, but it can be more important at times.
-Keep the resolution of the basic screen, do not try to change it, it may have a conflict and crash the game.
- Never press "F12" to reset the game, a conflict will happen with a script. To restart the game, leave with the help of the cross and restart the game.


To conclude, I insist on the Alpha nature of this version and that it does not represent 100% the final game. Items not subject to change are dialogues and main scenes. Retain from this version the work provided in the staging, narration and enhancement of environments.

Thanks for downloading A Lost Dreamer ...