3 reviews
This game was created by:
Kanatakkun and PyuPyu for the event McBacon Jam 4~
Kanatakkun do the program thing and graphics, while PyuPyu did the world backing story and dialogues.)
==========

BEFORE PLAYING
Make sure you already install this font: C&C Red Alert so the texts would appear normally.

-Story-
____ is a nameless girl. She dreams of various stories, which she calls 'the flawless tales', and she had a 'happy' life in her 'room', doing nothing but dreaming and checking things inside her 'room'.
However, slowly, the 'peace' is broken when some things appeared in her 'room', showing her the 'flaws' of her tales...
Who on earth is ____? And what is the reason behind her 'room'?

-In this game...-
> Short duration (10-15 minutes, or even less)
> Unique graphics, green-and-white being the only color in-game (but with some surprises...?)
> Dark backstory
> No hard puzzles
> No battle processing
> Blood + Body Horror (in sprite-sized and with mosaic, nothing too scary)
> Not too many maps/area
> Mentions and a scene about death
> ...A small room.

-Controls-
Similar with other VX Ace games.
Move: Arrow keys
Confirm: Z/Enter/Space
Cancel/Menu: X/Backspace *in this game, the menu is used only for saving purpose. There are no items, equips, or others.
To title: Alt+F12

By the way, here it is the full story if you already beat the game or want to know more.

========
This game is inspired by many, many things. Some of them are folk tales, fairy tales, Kamisu Reina short novel series, Yume Nikki, Matryona's Last Night, my own games, and many more. Though this game is very short... Even so, I would like to say thanks (indirectly) to the awesome peoples who made them all!

Uwaaah >m< I can't believe it-- our crappy short game is featured in the Buzzing Games in the main pageeeee /moonjump/
And it's all thanks to the reviews!! thank you Gourd_Clae and pianotm ; w ;

By the way, I want to point out something small...

...This game is not a horror game. I never said so (excluding the term 'Body horror' I used in the gampage) and I never intended this game to be a horror game. But if 'Dark' means 'Horror', then... nvm. /dramatic knee falls/

And what actually 'Scatter' means...
Show
She/he is scattered in the (rm)net now. People play her/his story and she became known. Well, that means scatter around like... tree leaves or flower petals? lol 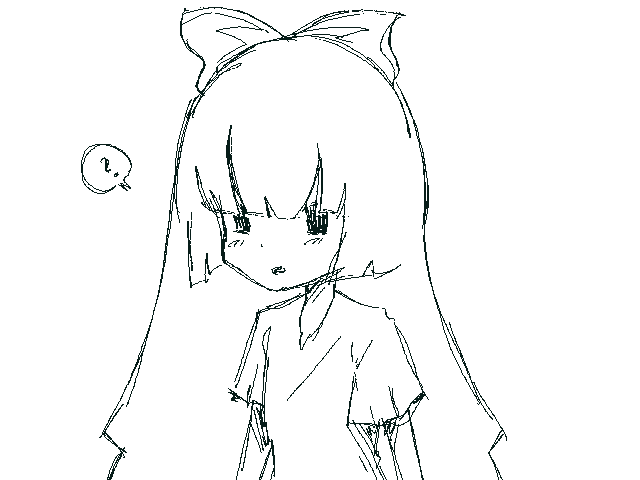 And here's a close up art of the nameless!


Well maybe that's all from me, sorry for the bad english.
Once again, THANK YOU!

If you know what this image means...

Close
05/01/2017 07:12 AM
Hey, my team and I played this! I wrote a review discussing some important things. Hope you receive it well!
Kanatakkun author=Gourd_Clae
Hey, my team and I played this! I wrote a review discussing some important things. Hope you receive it well!

author=Shigeru-chan
Thanks for creating this game!
I finished the game, nice work, but kinda depressing story. poor the boy.. T_T
btw what's the on the main menu?
I beat the game but I can't access it...?


Thanks for playing! O wO
Oh, there's nothing extra on the main menu after you complete the game. Sorry about that haha. 0 v0)"
Pages: 1