0 reviews
While walking home one night, Brian is suddenly attacked. He wakes up in a rundown shack afterwards. There are four other people there with him. Two masked ladies, Claire and Judy, the leader of the cult, Hank, and Brian's schoolmate and crush, Gavin. Brian is held at gunpoint and told that he must join the cult or that he will become the next sacrifice. Now he must escape the shack, but the cult members won't make it easy for him.

The Divination Coven is a short (estimated: 20-40 minutes) horror game with some very slight comedy thrown in featuring fully custom graphics that explores a simple idea. Even the most evil people are still people, and they have their reasons for being evil. Attempt to escape the shack, don't die in the process, and learn the tragic stories of the cult members.

A huge thank you to Kloe for helping out with the CSS.

A first look into new tiles, a bit about every planned game in the franchise

Firstly, I've started working on the tiles for the remake. I think they've been coming along really nicely so far. The idea is that I wanted to go for a much less simplistic and more gritty, rusty feel, kind of like a de-made Silent Hill, which is where a lot of inspiration for the new games has been coming from, incidentally. Here's a few things I've gotten done. I think it's a big step up from the look of the original, so I sincerely hope you all will like it too. On that note, I'm very proud of myself for making all that. It's 98% percent original, 1% unoriginal for the tree trunks that I took from Old School Modern and 1% unoriginal for using heavy reference for the wooden walls from actual gameboy games.

You may have also noticed that I shifted to using a new color palette that I thought was much nicer looking. If you liked the original more, I've got good news! I'm hoping to give players an option menu where they can choose the game's color palette, including brand new palettes of different colors! I want to look into making the game's default color something else, like brown or red, mainly because the game actually does not have the limitations of an actual gameboy, and I don't want to advertise it like it does.

Now here's what I'm really excited to tease. Remember I mentioned I had a few sequels in mind for the game once the remake was done? Well, I've sat down and figured out what I wanted to do with the series, and I would say I have a pretty good idea of where I want to take it now. The first game to release will obviously be Rebirth, the remade version of the original, the story of a boy who is kidnapped one night and is forced into joining a cult.

The Unborn Ones will follow after, the story of a woman who has suffered from a miscarriage joining a group therapy center for grieving parents where everything is not as it seems.

In chronological order, Causimonancy, Ill Omen, Orphans and Bloodlust will be the games to follow up. I will keep information about them secret for now, but I do have a bunch planned out for all of them.

Rebirth, Unborn, Causimonancy and Ill Omen will be the shorter games of the series, each hopefully ranging between 1-3 hours in length. Once completed, I'm hoping to release them for free but also put them up on steam for $1, maybe with some bonus content, but mainly just for those who want to support me.
Orphans will be a bit longer, going for somewhere between $3-$5, while Bloodlust will be the longest and most fleshed out game of the series, now in color, going for somewhere around $10, with around 10-15 hours of gameplay if all goes well.

The last thing that I have to report for now is that Rebirth will have a fresh new gamepage upon development starting, so keep your eyes open for it! I'll be doing another blog post on here as soon as it's up.

As for when development will start, I'm hoping to get working on Rebirth as soon as I finish Dolorific and Skinwalker Wolf. The sequels may end up being side projects, hence taking a bit longer, but I assure you they just might will see the light of day at some point

That's what she said 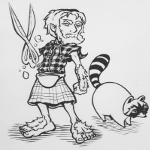 Close
04/18/2017 11:02 AM
Thanks cash! I'll definetly need some testers and proofreaders when I'm done since some of the scripts are filling this bad boy with bugs ^^; I'll let you know when the time comes!
Cap_H

the gamepage is lovely-creepy.
The story sounds interesting. I'm hyped to see it delivered.

Thanks for the compliments :D
Ashes of Emerald
2127

Close
04/20/2017 05:17 PM
Thanks you two! Nice to see that you're still alive Pika! It probably won't be anything as good as Fey or Turtle head but I'm still glad to hear you two like the look of it :D
MoonChildGames 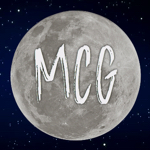