Story: A young girl finds herself in an horrific fairytale where kindly grannies and shadows try to eat her (hmm...I think I recognize this particular idiom). Her only path is to journey through this mysterious world. 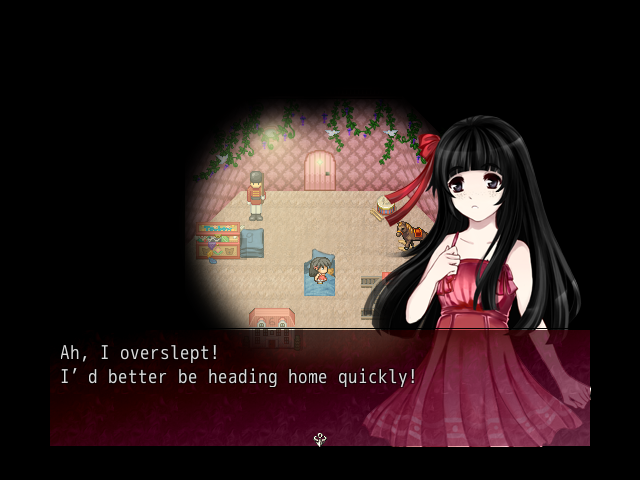 Quick! Let's see how many fairy tales we can cram into one map cut to quarter size!


Writing: Oh, the broken English is real! The writing in the game starts out very nice. You play a little girl, starting out in a toy room and heading into day care, you learn a really creepy fairy tale. You meet the creature from the fairy tale, move onto a train full of murderous ghosts and have to escape them. After you escape the train, that's where the grammar starts to fall apart, and the syntax becomes progressively more incomprehensible. The face masks still speak intelligibly, but they're starting to have a few problems with broken English. 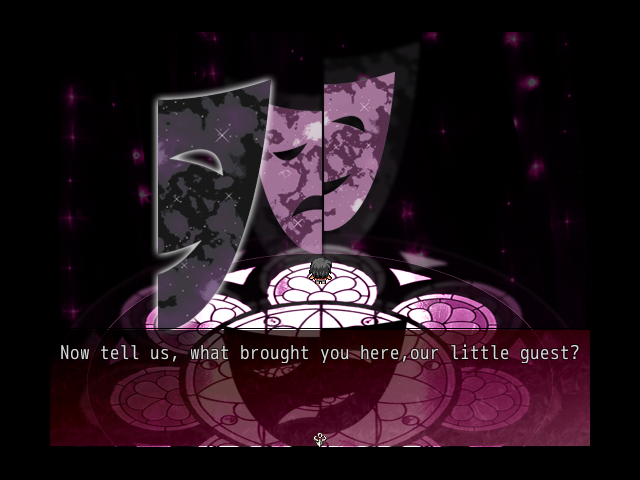 When you make it to Silver, though. Whoa. He gets really hard to understand, and at least two of his comments make absolutely no sense. It's as if the translator stopped caring halfway through. Otherwise, the story is very interesting and highly reminiscent of Studio Ghibli films. 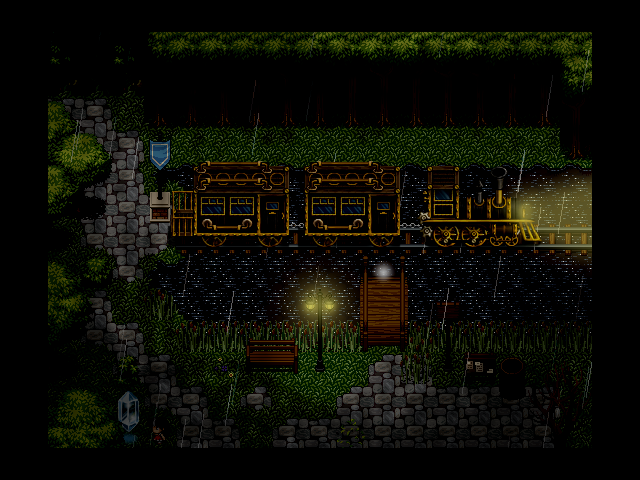 The game is full of amazing visuals like this.


Gameplay: Fairly standard horror/puzzle game. You have to find the right path to progress, the right object to get by baddies, or do certain things to avoid a game over. The allure of the game isn't really in the gameplay; but rather in the story. There's a bit of a failure to communicate at the train, though. Of course, I got the ticket, and the firefly was happy to show me on board. The puzzle here was so abstract that I had to find a let's play to figure it out. What I found was that if you DON'T get the ticket, the Firefly tells you to follow the footsteps and find somewhere to hide. If you have the ticket, you never get that information, and the footsteps are so subtle, you'd never see them unless you knew to look for them. 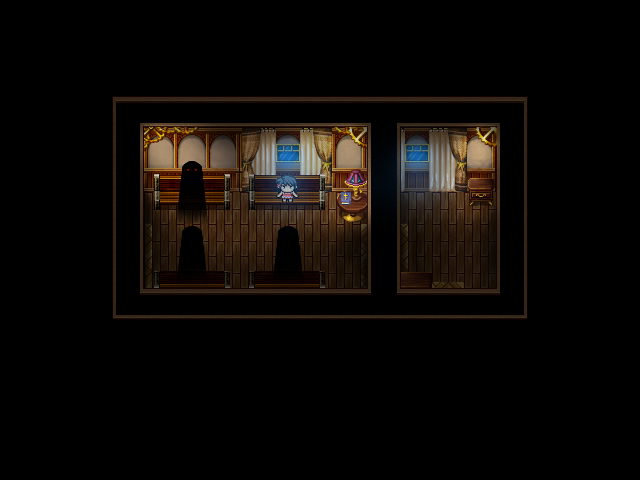 
Graphics: Very nice, as you can see from the screencaps. The game features original artwork, but some of the tiles look like they might be from the Future Steam Punk Collection. Wherever they come from, everything goes together very nicely and looks very pretty.

Music: There wasn't really much to speak of. What was there certainly didn't leave a huge impression. It's a very quiet game, and what sounds and music are there generates a very sinister fairy tale mood. 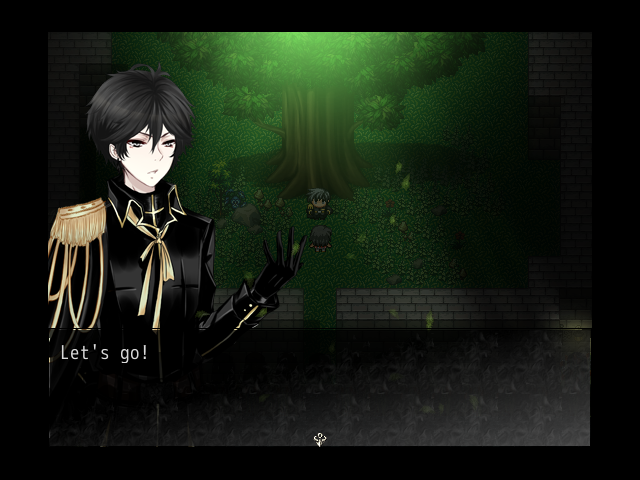 For some reason, I really liked this guy.


Conclusion: The game is interesting and with a really neat story, but I'm starting to see a repeating pattern in these horror games. Maybe I'm just getting burnt out. I'm not a fan of horror, and that's basically most of what I'm finding, right now. Fractured fairy tale horror games are so numerous, I'm starting to feel like I'm playing the same thing over and over again. The more I play, the less original the ideas are starting to look. As it is, this game is put together very well, but there's a distinct language barrier. Also, the failure to communicate vital information to the player is a significant error. This is a demo, which I won't rate, but if it were a full game, as it stands, I'd rate it at 3.5. In a game so heavily driven by story, the translator needs to take equal care throughout that the text is understandable. Also, leaving necessary clues out of a puzzle isn't the best idea. Definitely, the game is worth looking at, but significant improvements need to be made.

Close
05/28/2017 07:09 AM
Thank you for your review, we appreciate it, the first review for our game. We will try to improve the translation, the puzzle for a full game.
-Moon from KC.Aurigrids-
Pages: 1