1 reviews
*This game is created by LionSea/Greerenz and is originally in Thai. It has been translated by "Goddiga" of Whateverzone (me). The description is also being proofreaded by Jit, one of our translators!

Caution: This game contains blood and violence, including sexual implication.

Controls:
Arrow keys - Walk
SHIFT - Run
A - Select an item
X - Open the menu to exit or load the game

Intro: Once upon a time, there was a family consisted of a father, a mother and a daughter named Chara. They moved here from the village to look after their grandmother who lived in the house in the forest.

Chara got a lot of love and care from everyone.

She and her parents always visited their grandmother every month. They lived very happily together.

But one day, Chara's parents had gotten into a fight.
After that, they decided to split up. The father had moved away, so clueless Chara had to stay with her mother in a forest.

Three months since Chara's parents' separation, her mother, who had been in depression and unable to make the trip, finally entrusted Chara to go visit her grandmother by herself.


*I bear full responsibility for any translation errors found in this game and the description. Feel free to correct me. I will also act on behalf of the creator for any questions, suggestions or bugs reports. Thank you! 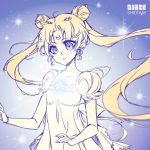 author=NKSP
you say the game status is complete but there is no download link??

author=laradelay
I can't download it. I went to your link, I clicked on download...but it doesn't let me do it.

Mark the Link one right Side of the Download Button and copy it in your
adress bar.
NKSP

author=NKSP
you say the game status is complete but there is no download link??

You can found it here: https://whateverzone.itch.io/redwolf

Close
06/18/2017 09:54 AM
Sorry for the inconvenience.
I had gone to study abroad before this game got accepted and now I can't be able to upload it until next week.
bicfarmer

Close
03/07/2018 08:48 PM
Short horror game. Reminds me of another game that has the same premise. Unfortunately the other game was way better. This one's kinda confusing. I got the 'true end' but it was more like a true cliche. I probably don't want to know what would happen if I didnt take that thing that slow me down. It was pretty hilarious when you was bitten by an RTP wolf that was smaller than your head. Also confused why the guy didnt just do his thing before I got up. This probably why the villain of that game with determination was so Evil.
GenericFiredemon
0

Close
10/19/2019 04:36 AM
Absolutely fantastic music. It really makes you feel like a girl getting tortured by terrible events going about her normal daily life :3.
Pages: 1