This game threads on a difficult, delicate and complex topic, which would be murdering with gore and sexual assaults in a reality environment. Other games do so in a different way, like in fantasy settings or signaling previously that this game was meant like that from the start. (Like in gore games when you already know there will be gore and crazy stuff)

This review is aimed only to that setting.


So for games like these, on which you start from a seemingly daily-life setting, an ordinary-life setting which is wrecked and thrown into those topics, they are delicate stuff, how they deal with emotions.

One of the things that shocked me the most is the seriously low emotional expression and development of the characters. On the spoiler tab there are some examples. 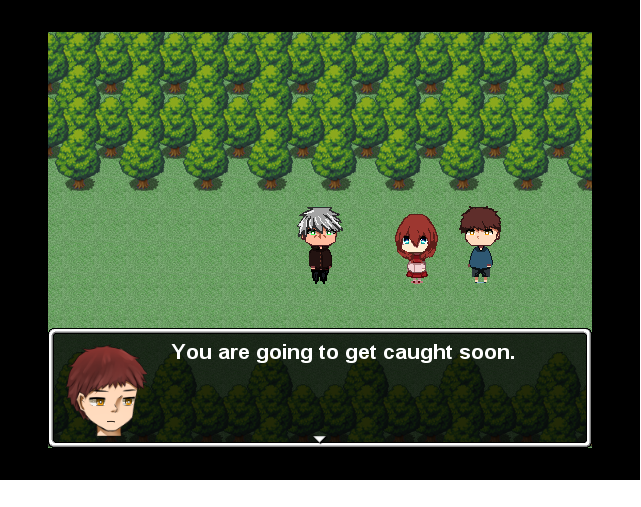 So in this scene, the father goes rescuing her daughter. But this is way too unreal, too immature. Allow me to explain; if you have a beloved daughter (well, even if you don´t love her, but at least care about her) and she´s in a desolated forest, being persecuted by some weird, aggressive old man that´s saying sexual remarks against her and seems is going to pounce himself on her by force. What would you do? Things like
-shout your daughter to get as away as possible, either to a safe house (grandma´s, mother´s) to a place where there may be people (bus station) or to hide somewhere else. If not, at least to take some distance or go for help.
-Confront that guy more aggresively. Be fierce, explode in wrath, nervousness or some other emotion because some old creep is trying to harm your daughter. Either way the focus here is on feeling and displaying a strong emotion when such a critical and veeery difficult situation happens. But I only felt mild emotion. I hardly think you would kind of “brag” in such a superficial way or engage conversation with the criminal as it happened in the game.

If you want the player to be shocked by it, first of all the characters must be extremely shocked as well, and to express that through words, actions, etc. If not, I personally feel the events are being trivialized.


All I want to convey is in these situations, if you´re the creator, you should cause an emotion strong as hell itself (because you´re living hell itself). Fighting back or running away from extreme situations make you way more than lose your composture; you´re too excited, you cannot think camly to say the least. So the game should try to emulate those intense feelings and let the protagonist express them, so we can feel their intense pain as well and be shocked with it, that is my opinion.

This is less serious in other games because they thread on a more fantasy-like setting, so they can speak about it in more indirect ways.
Show

It can be done even in a subjective way, as in Lisa "the first", disgusting scenarios and bizarre sightings reveal the protagonist´s own mental and emotional disaster. But Lisa "the first"´s world is rather symbolic, while this game´s is rather real, that´s why I´m making such a big fuss out of it.

Soundtrack was at most times ok, while in a few occasions inadequate/ could have been better. Example at the beginning, there´s a ost with 4 or 5 relatively high-pitched sounds that must last…around 5-7 seconds? So it made me dizzy right away, but the rest of the music and sounds effects was ok I think. Art was… well, scarce. The secred ending picture was well drawn, and the cover picture too, but that´s pretty much it. The design of the houses & throughout the forest and the houses was plain, also low items to see or interact. Quite a three lines game (three endings)It was not ugly, but it was too simple/plain.


On the game´s page the controls are written, but on the game it´s not like that. I actually was playing without knowing you could use shift to run and realized after (my fault anyway). Besides that user interaction is very simple, too simple (I interact with... three items in all the game?)


My biggest issue with the story and world development is that there are too many incongruences. Since they are part of the plot it´s in the spoiler tab.
Show


Right then, so first this guy who chases after chara (the rapist murderer psychopath). When finding Chara (the girl, the protagonist) he release his hound so as to scare her and “save her”; his plan was to give a hero-like impression. So he shot his dog for that, allright, but how did he bring a dog when running away from somewhere? Cause the police in the normal ending said he was something like a thief that arrived there. It´s not impossible, but it´s not…that much logical.

Also when running away from this guy his body doubles appear in the forest. I guess they must be the girl´s illusions on her unstable mental state? 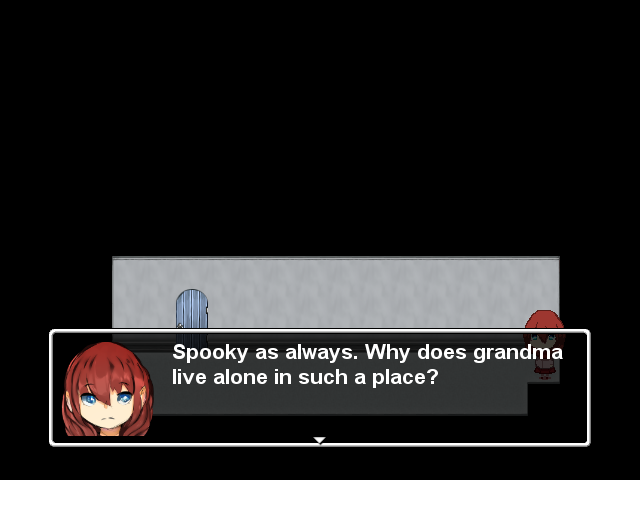 So when being chased, one of the things you can do is go into the grandmother´s house. And the first thing she said was this, what the hell was that. I want to assume it was a game design flaw or bug, because there´s no way a girl would be chased by a psychopath, get into a safe house, and say that.

This picture again; it happens in the good end, this girl when being chased by that psychopath is rescued by her father. But it happens in the very same way; she´s about to be attacked and her savior appears out of nowhere. Get´s repetitive the second time. 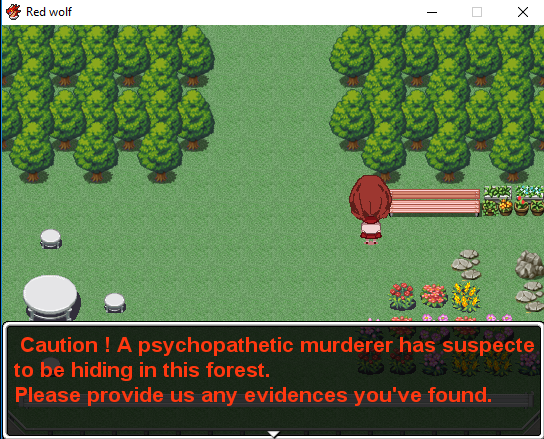 This kind of things are important beyond words, how is possible to just post a random notice like that....come on, "oh guys, there´s a psychopath around, it may kill your wife or rape your daughters, careful with that" you don´t just put up a notice like that! you go door-by-door informing, the police or adult males at the village would do watch in rounds etc. When the police came and they didn´t know, I could not believe it.

And a biiiiiig question; What does this all have to do with a red wolf? Cause I neeever saw one, neither any important link with the red color besides blood. In the normal ending I think something is revealed about it… but it´s too little for me to realize. Even if the murderer is supposed to be the “red wolf” he´s got nothing to do with the color red besides blood… well, most likely the girl herself becomes the “red wolf” after killing that guy… but it´s not relevant to the story at all. 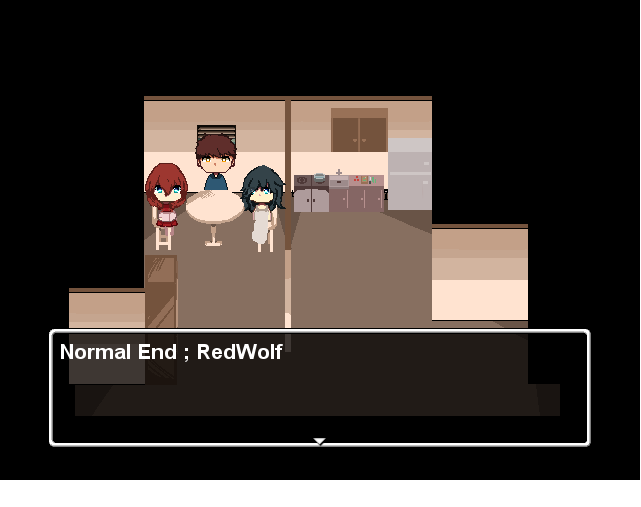 supposely the police found those corpses. So I assume they left them there for the girl to get them back??? (those two are actually her parent´s corpses; the girl´s having a delusion) or did chara (the girl) stole them??