Circle Saver was is one of those game that has almost nothing to offer. It works better as some kind of practice but is not really something that should be released on the internet. Hell, I'm struggling to think of anything to say about it.

To be fair, it was originally uploaded to the Yoyogames Sandbox around 2011, which was similar to Gamejolt or itch.io, but for game maker projects. It was... okay, as most of the games there were of mediocre quality or made by newbies as practice (just like this game.) Most games are now lost as the site was shut down in 2014, taking with it a few gems here and there. Thankfully, you can still download a few of them with the help of the Wayback Machine, though it's not an easy task. 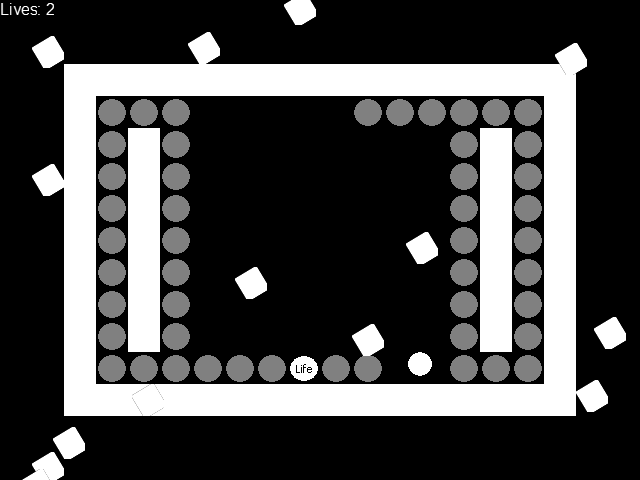 But anyway, let's talk about the game, which is pretty simple. You control a white circle and you must collect the grey circles while avoiding the spinning white squares that float around the level. It is kinda confusing as everything is black and white, with the white squares blending with the blocks in the map. A bit of color would've really helped to recognize more easily the environment and make the game look less dull. 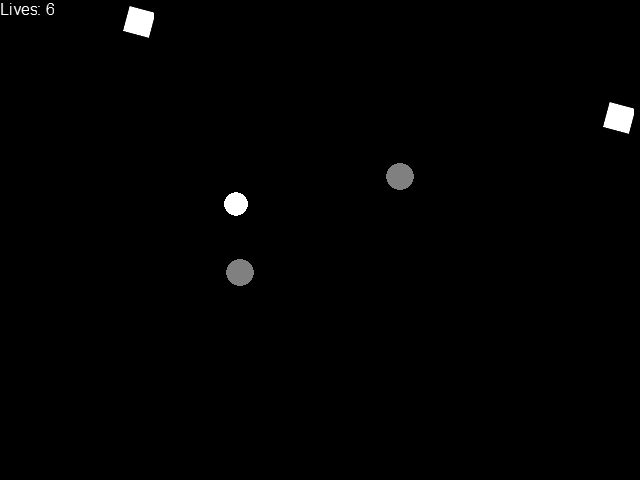 The controls are bad as you can't move in diagonals, but the game is so easy that it doesn't really matter. There are also some bonus modes, like multiplayer (good luck finding someone that wants to play this with you.) and a game mode where you have to deflect the squares with the help of a paddle, similar to Pong. This mode is impossible to beat though, as by the third or fourth level you can't move the paddle fast enough to deflect the squares. 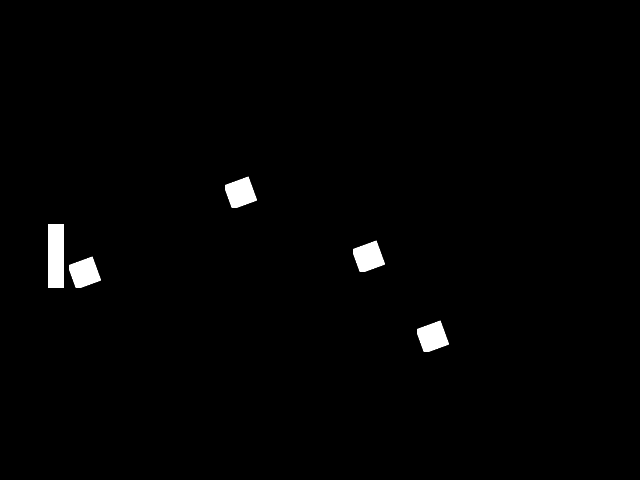 And... that's it, there's not much else to say. While I can appreciate the effort of reuploading the game so it won't be lost in the archives of the internet, the game itself is just bad. Sometimes I wonder if the developers of this kind of games eventually learned how to use the engines more effectively and if they made better games in the future. Looking at the other games uploaded by the dev, you can see how they instead branched to other engines, especially Renpy. I'm not a big fan of VNs but I hope the dev finally found a way to better express their game ideas.