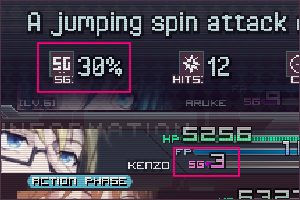 "From the depths of this universe shines a bright and blue planet. We call this 'Caelum'."

Hello everyone, this is msazako and I'm here to announce that with the help of thatguy6556, and SFKUSHA, we are able to re-launch Lie of Caelum as a brand-new game! Everything has been revised to its primal form and we couldn't have done it without all of your love and support for the game. From the bottom of our heart, we thank you all.

That said, the game's latest demo has been released. Please enjoy it! Episode 1 will come soon!

It's about time I use my abilities to its prime...

Hello ya'll. I return from a long hiatus.
To sum up this game's progress, yes, it's still being worked on. However, I've been pretty much active in the discord servers as well as Twitter, Facebook, and Youtube.

For the most part, the game underwent a huge graphics overhaul. Feel free to look at the game page's screenshots if you're curious.

I'm also glad to say that the battle system's complete:

That said, I can definitely say that the game has its own identity now and I'm looking forward to developing more!

Thanks for keeping up with the game's progress.


Almost all enemies (With the exception of few bosses and character battles) will now have a customized static image AND with a twist: I was able to remove one of MV's most annoying features (blurring assets when they're zoomed in), so they look way better than before.

Progress so far has been focused on polishing the game in order to keep the subsequent chapters consistent. And it's all thanks to your support!

By the time ch.4 comes out, most of the game's assets will be fully customized along with my own designs, making it legal to be released commercially (if that happens along the way haha).

Progress report in a nutshell:

The UI is also getting an overhaul as the default format kind of throws me off. Hopefully this will make navigating a bit easier.

Also: I removed the download link for the time being until the next beta release. I may put a tech demo at some point though.


Long time no post. I've made some significant progress in terms of battlers. Everybody in the playable roster should at least have their own sprites now!

They will also have a wardrobe change later on in the game. Only two will be shown for now: 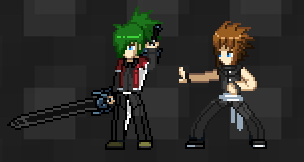 And lastly, here are some videos in case you missed them:

Once again, the release of Chapter 4 will be fully revamped with new aesthetics, as well as polished content, so stay tuned!

The goal for the next update is to have the game an aesthetic overhaul that features new sprites for overworld and battle! Maps and Music may be subject to change as well.

Here are some examples: 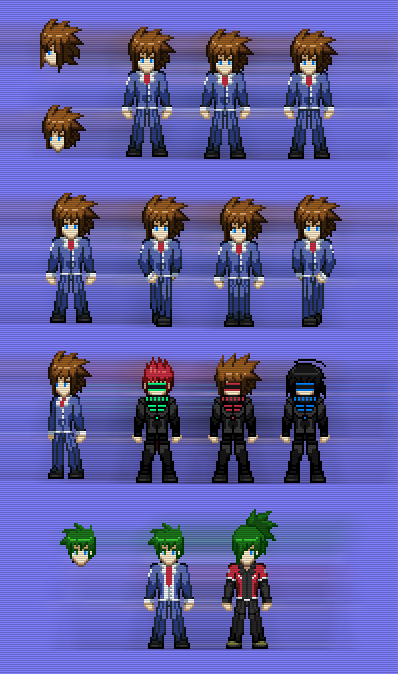 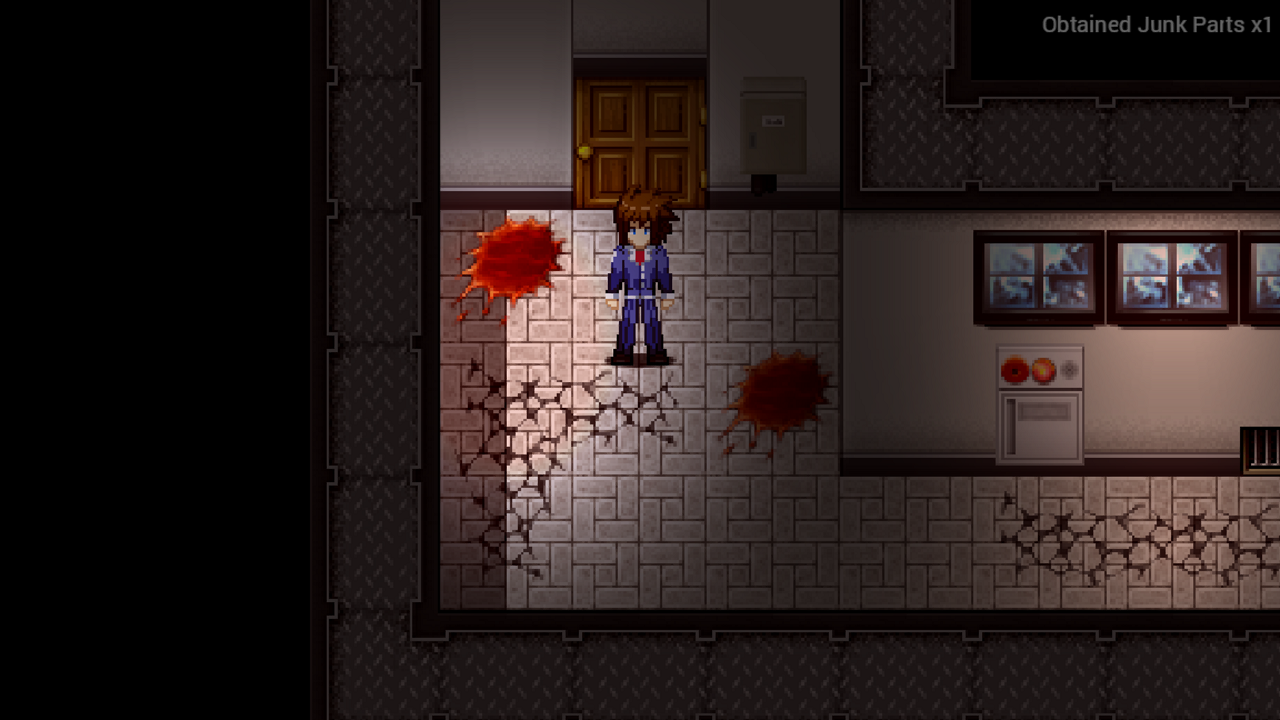 In terms of music, I've been making original soundtracks for the game with the help of a new developer, so check this playlist out!

Release notes here:
1.3.7 - INCREASED COMPABILITY. GET OUTTA HERE, YOU INFINITE LOADING SCREEN BUG!
1.3.6 - Deployed some bugfixes and fixed the issue with the music not looping. Casino has also been added in Souen City.
1.3.5 - Quality assurance for Let's Play Players. Nerfed Drake just a bit. Fixed some Gameplay issues. Compressed a majority of the files to reduce file size.
1.3.4 - Addressed the issue with the bomb nerfs and revamped it to normal damage (they were meant to ignore defense). Encounter rates have also been optimized.

What to expect on this version:
- Some dialogue changes, as well as a game mechanic change--
- "Mods" have been converted from Yanfly's Item slots to Augment Slots. This is to avoid hoarding as much as possible.
- Hitoshi's skills have also been changed. He no longer has "Rebound Slash", but instead has "Sharp Upper". His damage playstyle is now more geared towards alternating between Sharp Upper and Sharp Fall.
- In addition, Sharp Fall has a new animation.

This is pretty much the pinnacle of all development time I invested since the last demo. This includes about 4 hours of gameplay, the CARD minigame, as well as others (like running and fishing).

For the most part, this update was mostly for the CARD minigame since there are people out there who want to at least experience the MV version of tomoaky's translated card game.

List of Changes:
- Weapons are replaced with "Units". There are 3 types of units: Power, Soul, and Hybrid. One caters to physical attacks, and the other-- mental. Hybrid is a mixture of the two, but weaker. This is to make development time much easier since I won't have to sprite weapons for each characters, as well as have all of them keep their signature ones.
- Almost every character has a new cut-in graphic for their ultimate attacks.
- Aya's "Hawk's View" has been replaced with a newer, much more useful version of the skill.
- A lot of the default animations have been replaced with newer ones.

Footnote:
You must have at least a decent NVIDIA/AMD video card (minimum is probably the 500 series, but let me know if any of your old gfx and on-board gfx work) to run this game. Otherwise, you will be faced with errors. This is mostly due to Khas' Ultimate Graphics requiring them.

Demo is updated! (READ THIS FIRST!)

Sorry about those pesky bugs. I was attempting to encrypt some of my data from getting stolen but that got kind of turned into a trainwreck lmao.

EDIT: TO FIX MUSIC NOT PLAYING DURING THE UNDERGROUND TUNNEL PORTION/INFINITE LOAD ERROR, GO TO www > audio > bgm AND RENAME [Dungeon 5] to:

Anyways, this will be the final update on the demo, so please enjoy the game!

AS FOR THOSE WHO WISH TO BECOME TESTERS:
I will accept up to 3 entries max. In order to apply, you can post your interest in this blog, the game's page, or via PM (though PMing is less cluttered and more organized imo).

**You gotta be at least dedicated to bug-hunting and have flexible time schedules to qualify!**

Other than that, hope to be working with you all soon!
Pages: first 12 next last