Story: Yer Pirates! Aargh! And you're out pirating one day when you happen on a merchant ship. SURPRISE! It's an ambush! Martine and her sister, Delphine manage to survive and are cast ashore to an island in the middle of nowhere. There's a town a bit to the north of the beach, and once there, you learn that a thief is terrorizing the town. You agree to help capture the thief while secretly plotting to work with him. You find the thief and surprise! he's not the thief. He's being framed by someone, but by whom? 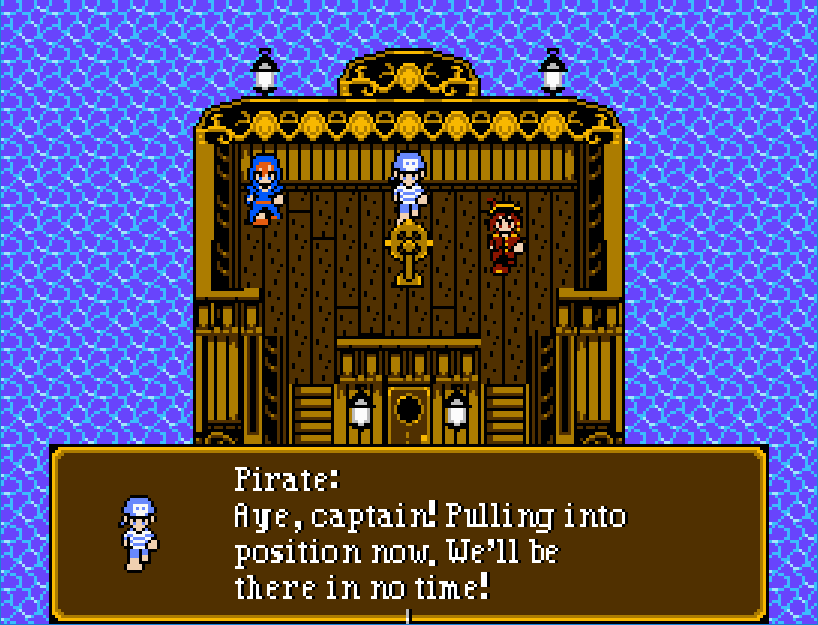 Wow, somebody went wild with this tiling design! I love it!
It's amazing!


Writing: Well, I mean, it's an Ocean game, so you have to expect the narrative to be very nicely done, and it is. There's nothing particularly deep or grabbing, but the story is at least fun, and at the end of the demo, there's a hint of deeper things to come. All around, very nicely put together.

Gameplay: This is a game that micromanages player/resource/combat balance, which is nice. It really is. There's little risk of you breaking the game except where you find a mechanic that the dev didn't exactly account for and the dev can do this to maximize the intended game experience, but it does come with its shortcomings. On the surface, it seems like the best way to guide a player, but it also seems to make any possibility for a challenge superficial, because once you figure out the pattern, you realize that if you do everything at the right time, you're never actually going to be in danger of running out of magic, or HP and in case you miss the hint, you even get a resurrection item, just in case. For the standard enemies, this is actually preferred, but when you reach the boss, you really want there to be a hint of menace. You get two scary looking enemies when that fight comes around, but you quickly realize they're just longer versions of the basic fights. That's exactly what I experienced here. Once I realized how this was going, I simply used magic and special abilities until I exhausted them and while my HP fell short, I never felt like there was a chance I could lose. Then again, this demo only covers the first scene, so maybe the challenge will increase through the rest of the game. The other angle to this is that I haven't played enough of the game to really observe the challenge curve, and the fact of the matter is, this whole demo demonstrates a very good starting point for any challenge curve. Combat is very classic turn based and it is not timed. I didn't check if that option could be toggled. I didn't think this was for the retro event, but it certainly could have been. 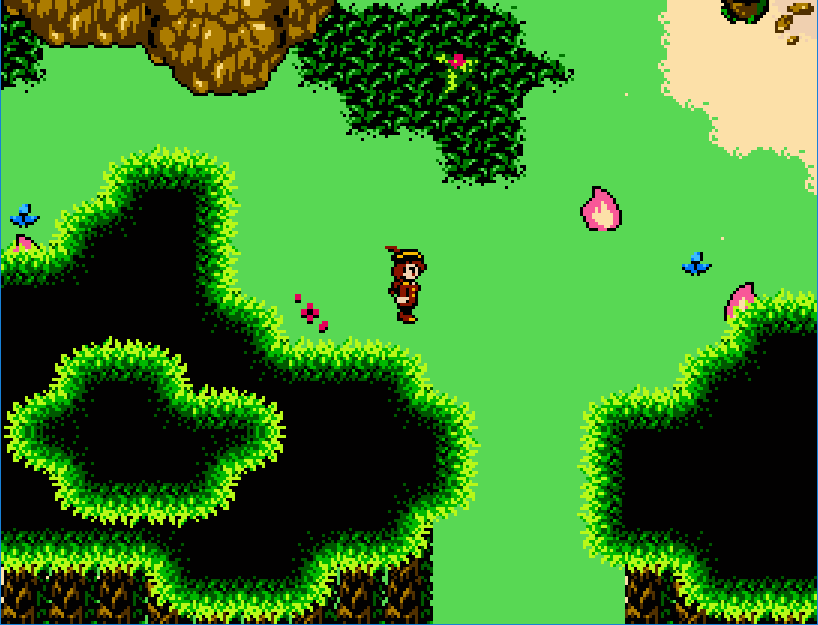 Enemies never seem to respawn, a sure sign of micromanaged balance.


Sound: The music is very active with epic rock beats. It really seems to match a swashbuckling adventure, but I'm not so sure it fits the story's tone here. Time will tell, but the overall suggestion is a much more active and adventurous game than we see here.

Ccnclusion: It's a fun game, with fun story ideas, and a fun theme. I highly recommend taking a look at this demo. It's very short and gives you plenty of information you may want about the game to come. Right now, as it is, I would probably rate it at 4 stars, but that can easily boost to 5 if this is simply building up to a much more active and adventurous game than we see here.