"Did" is another short game developed by DeИ!eLLa using Wolf RPG Editor and translated by others. Sadly, the game suffers from a few hiccups in translation as well as the same annoying teletype sound effect as "The Emperor of the Moon". Otherwise, I'd say this is a rather heartwarming title if you manage to get the good ending, but known despair if you fail.

Translation
"Did" and "The Emperor of the Moon" not only share the same developer, but the same problem when it comes to translation work.

In other words, while the general premise of the game is easy enough to understand. You'll sometimes find yourself scratching your chin as you puzzle through sentences that suffer from poor syntax.

Endings
To be honest, I'm really not fond of playing games with multiple endings. After all, I'm such a big sucker for happy endings that I find myself forced to use strategy guides when I play through games like that. As a result, I tend to avoid titles with multiple endings since I don't like having things spoiled for me. Which is definitely a concern when I have to use a strategy guide.

As far as the endings themselves go. Well, I'd argue this game really only has one good ending and in order to get it you'll need to find all of the treasures. Other wise you'll meet with a sad fate at the hands of your best friend for your failings. Though how that downfall comes about varies a little bit.

"Did" is a game about exploring the confines of your own home in order to find hidden treasures. Of course, the game does up the stakes on actually finding them by limiting you to four searches a day. This means you have a total of 12 searches over the course of the entire game to find Aym's hidden treasures. To make matters even worse the game counts reading the title of the book and reading the contents of a book as two searches. A factoid that makes reading books seem like a dangerous proposition when you have so many drawers and shelves to go through. 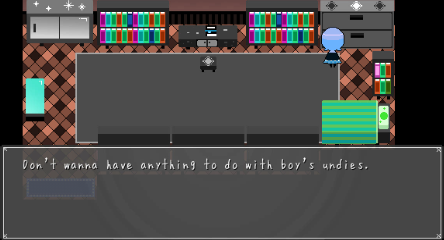 Though, I suppose even a young girl on a treasure hunt has her limits when it comes to looking for hidden treasures.

But if I had to pick my biggest gripe with this little game than it would have to be the fact that it takes an entire days worth of searches in order to ask Aym for hints. The problem is that the hints Aym gives the player are the same sort of hints you can get out of a book in the attic for free. As a result, I really don't understand why the game charges you so much for interacting with her. If anything I should be able to interact with Aym at no cost whatsoever.

If I had to pick this game's greatest strength, I would have to go with it's visuals. After all, the amount of enjoyment you'll get out of searching through various rooms in your house while praying not to get skunked will only carry you so far, but a picture is easily worth a thousand words. 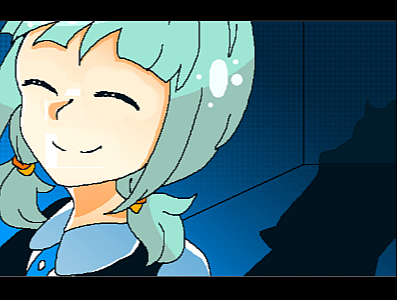 On the musical side of things the game is alright in my opinion, but the songs really don't stick that well in the players mind after they've passed. In other words, the game really lacks any sort of musical number that will make you come back or want to listen to the soundtrack by itself. After all, there are definitely pieces like "My Comrade" from the Disgaea series or "My Glasses are Addicted" from "Mana Khemia: Alchemists of Al-Revis" just to enjoy them. I really can't do that with "Did".

I'll be brutally honest, in admitting that I turned the sound effects off in this game as soon as I realized this game included the same irritating teletype when people talk as "Emperor of the Moon". On some levels this isn't a surprise considering both games were created by the same developer. On the other hand, I'm left scratching my head how you can make the same mistake twice when it comes to this issue. After all, it's hard to keep fans if your constantly making them feel like their ears are going to bleed every time they pick up one of your games.

"Did" is a title that really makes me struggle to know what to say about it in the end. On one hand, the game's greatest asset is in an area I usually don't place that much emphasis on. After all, a great story doesn't necessarily need great art or effects if the story is good and the characters are interesting. And while the story isn't bad per se, it's also held back by it's translation. I suppose in the end, I can only recommend taking a look at this game if it's basic premise catches your eye. 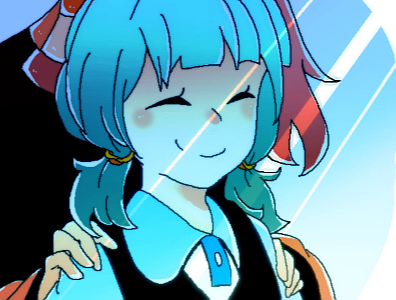