Green Dreams are made of these. Who am I to disagree?

This game is a demo and is in an incomplete state. It will not receive a rating.

Story: You are Green. Or are you *Green*? You are in a dream and you have been transported to Xanadu: The Isle of Nightmares. Here, any being that enters turns into their worst nightmares. Monsters that seek to destroy you become mundane, ordinary, seemingly harmless creatures. Your job is to survive the demons and horrors and to awaken the people trapped here. 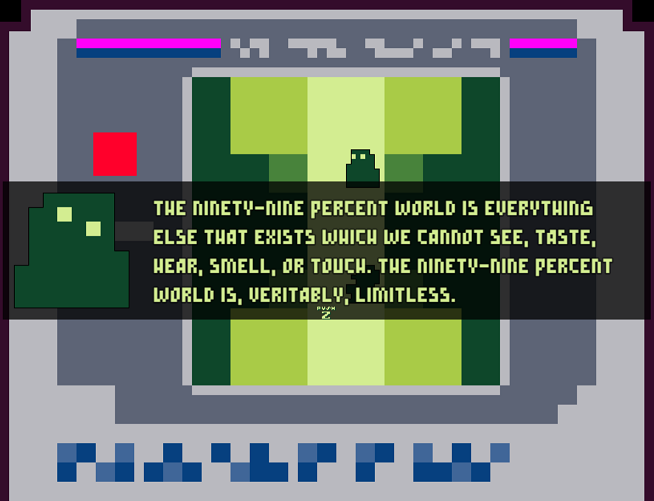 Well, limitless up to 99 percent, right?


Writing: I can't help but think this was inspired by the Mother series, if for nothing else, the zany, bat-s*** crazy places this story goes. I really enjoy this. Some minor proofreading would help, but for the most part, the grammar is already on point. There's a few repeated words here and there, and a couple points where the text runs out of the box, but there's nothing really standout. As you travel, you're going to meet inhabitants of Xanadu that have stories to tell. The stories are interesting, to be sure, but I feel like they overstay their welcome in all but a couple cases. As you read these stories, you'll be prompted to continue with a choice, or often no choice and in a few cases the story just goes on and on and on. The stories do, I feel discuss some pretty important things, but since they all seem to come from the same person, in spite of how many characters tell pieces of it, I feel like it would be served better to be broken up among characters so that the player isn't spending several minutes on a single character scrolling through an endless wall of text. Yeah, these go on for quite a bit. In CinemaSins terms; "This goes on for some time."

The villain, we only see briefly, but he/she/they is a mass of awkwardly done villain tropes. I don't say "awkwardly" in the bad sense. I mean, the intention seems to be to make the villain that special kind of "awkward" that makes him comical. I rather like the way the villain and his parrot henchman are presented. You see, you know the parrot is actually an evil monster because it's in a mundane form, but all the parrot is interested in doing is reiterating what their boss says and drawing attention to their observations and insisting that they look cute. I do like the henchman more than the main villain, and I think that's kind of the point, so kudos, there! 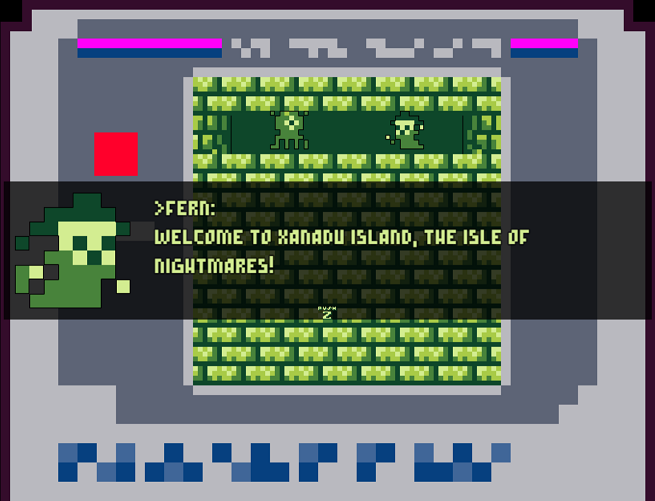 Well, that doesn't sound like a very welcoming place.


Gameplay: This RPG has turn based combat. There is a very nice mechanic where every creature and player character has certain types. These types are weak to specific types: Biotic, Phlegmatic, Gaseous, Conflagrant, Stoic, and I believe there is one more that I can't remember. Each character has two types of these attacks. If your character doesn't have an attack that the enemy is weak against, you're stuck with the wallop ability. Encounters are onscreen contact. You do not level up. Instead, you gain stat increases by collecting "Memories" from the beings you awaken. You can also find support items and weapons and armor searching the maps. You can find party members by talking to every creature, and you will need them because without them, when you start to explore, you will die quickly. Saving occurs at save points; giant eyeballs. Also, there are some ghosts wandering around. If you talk to them, they will heal you and permanently disappear, so talk to them only when you need to. Once you come back to the entrance to Xanadu, a giant specter will thank you for playing the demo, the credits will play, and you will be able to explore all of Xanadu without being hindered.

Graphics: The graphics are...green! It's a very stylish, almost an early Atari/Intellivision style. It's presented as a Gameboy game, but I don't remember any Gameboy games looking this low res. This almost looks like Ultima 1 or other games from that era. Definitely worthwhile! 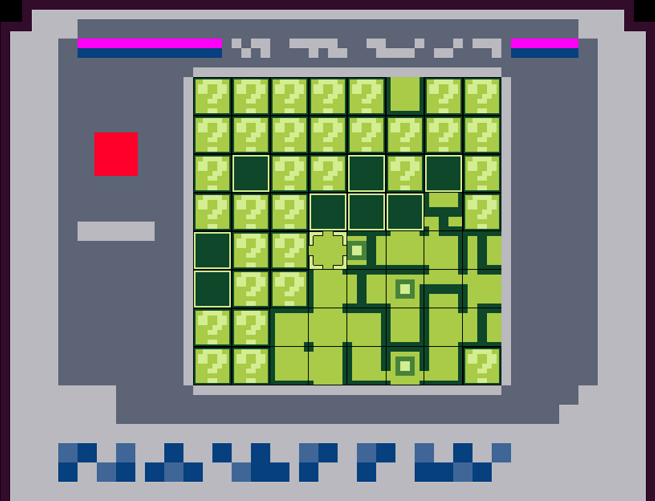 Sound: The developer has not skimped on any aspect of this game. The sound very much matches the style of the game. It's modern 8-bit music, but it sounds like the type of music people make now that homages what the early 8-bit era sounded like.

Conclusion: Absolutely worth your time. Just be aware, most of the characters are quite verbose! If I were rating this, I'd give it 3.5 or 4 stars.