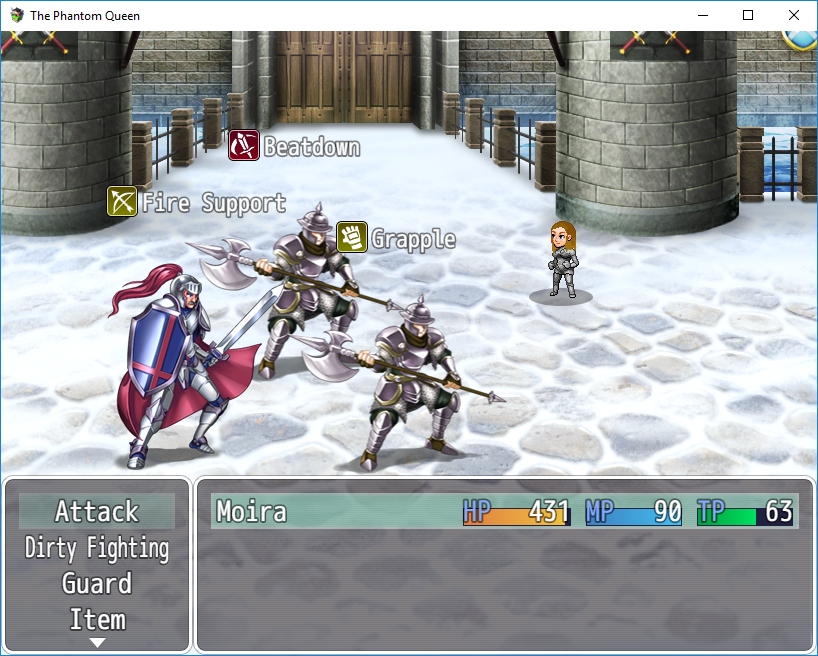 This script makes enemies' chosen actions visible in combat, so that the player can adjust their tactics accordingly.

From a game design perspective, this lets you include interrupt abilities and makes the guard command more useful.
It does give the player an advantage, but that's an opportunity to design more interesting encounters.

It is compatible with battle systems where enemies choose their actions at the start of the round (e.g. default turn based). For tick based battle systems like ATB, it would require the enemy action to be selected in advance, not when their turn comes up.

Note tags on enemies in the database are another option.
Whatever you put in a <telepathy:> note tag will be evaluated as javascript, so you can extend the script by calling another script or built in function.
Or simply use <telepathy:true> or <telepathy:false> to turn on / off display for that particular enemy.

This plugin doesn't seem to work, unfortunately. I followed the instructions in the plugin itself, and tried it with both my current project and a blank project (to see if other plugins were causing issues) and couldn't get it to work in either. I also tried using both the latest and an older version of RPG Maker MV.

Thoughts? This plugin would be essential to my game, and so I'm hoping I can get it running. Thanks.
coelocanth

1. Save the file as "CC_Telepathy.js" in the js/plugins folder (unfortunately the filename matters in MV, otherwise the plugin manager won't return the right parameters)

2. Check you've copied the whole script code, unfortunately if you save the link on RMN you'll get a html page instead of the script.