A small collection of code-bits that I made during the Palettes Make Event.

Introduction
Here are the three scripts I made during the Pa-let's Make! Event. Specific instructions for each script are found within the scripts, themselves. However, I will provide an overview of their functionality.


Inspired mostly by Vagrant Story, this particular Alchemy script is probably a simpler one where the item that is being made takes components of a similar type. So, weapons take other weapons, armor takes other armor, and so on. The intent was to allow a requirement for multiples of a single item, but, that didn't quite pan out. 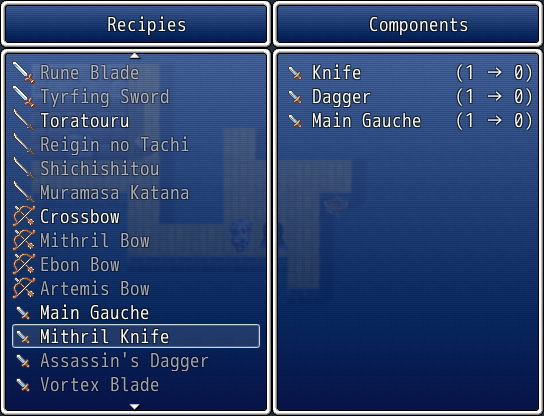 This script sets the party-menu to follow a ring-like structure. Uses good, old fashioned trigonometry to set up icon placement, and cursor movement. Though, I'm not 100% sure how to go about moving the icons, rather than the cursor. Still, the fact that it uses trig should allow it to be fairly customizable and/or expandable. 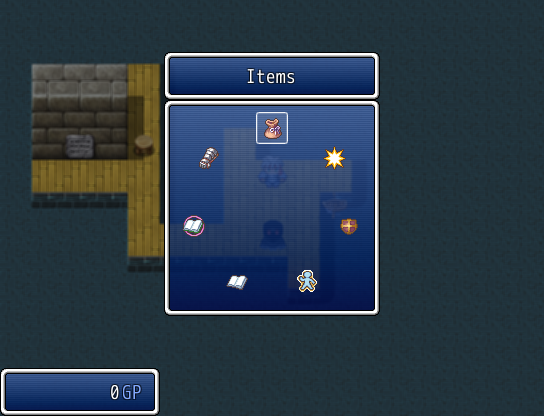 This script enables various functions that could be attached to a fishing mini-game. The script, as written, refers to Breath of Fire 3 on many points. Saying that, the fish-types and what measurement to use for them to score points (if that's even a thing) is up-front, and fully customizable. 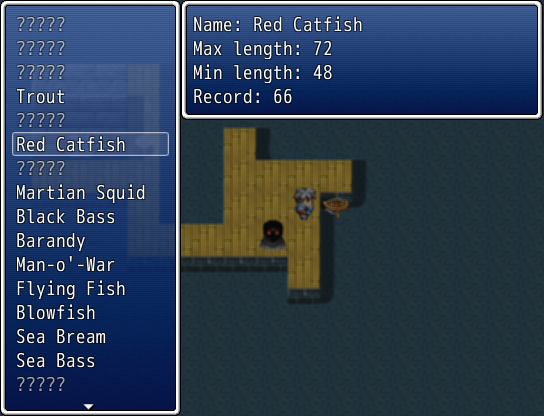 Terms of Use:
These scripts are considered free to use and edit. Saying that, I would appreciate a credit in your in-game credits, a text-file, or however it is that you're handling credits for your project. Thanks!

Demo:
A demonstration project of these systems can be found here. Requires Ace's RTP to run.