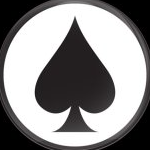 author=Make_it_MagiK
Continue with the great work!
If I may ask, which ABS did you use? Or is it a system that you made from scratch?


Thank you for the kind words and the feedback! This is a custom ABS; all of the systems were built from the ground up for this project, so unfortunately it's not available as a plugin.

08/05/2015 12:51 AM
I've been enjoying this so far, but I wanted to report a game ending bug. When in the second room of the ice dungeon, I got stuck in the sliding puzzle, only being able to move left and right, and was unable to exit the room, losing all of my progress up to that point.

Also, a smaller bug, but if you're on the far right edge of a map facing right and try to place a bomb, it'll show up on the far left edge of the screen instead. Something I noticed when playing the second dungeon. Overall, this is a pretty cool project, I'll try to replay when I get some free time.
Pages: 1