Close
I'm Dusk Golem, aka AestheticGamer. You can also just call me Ryan. I work on small RPG Maker horror games for contests and pleasure, that usually tell cryptic surreal stories and were made relatively quickly. Most of my games either feature mostly original or completely original graphics, art, and music. However, I also work on much bigger and developed games as well. My first big developed RPG Maker game I'm working on slowly over time is Complete Isolation. In the meantime, I work and release smaller things here and there, they're good practice and learning experiences. 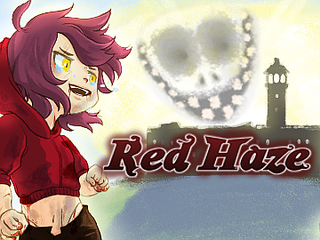 A twisted and cryptic take on the classic Red Riding Hood story.

12/26/2014 04:15 PM
I've decided finally to become part of the community after using the site for the last two years, both to find RPG Maker games to play and submit my own little games every once in a while.

I'm Dusk Golem, aka AestheticGamer, though Ryan is fine too. I'm the type of person to make dumb jokes and puns in conversation, and listen to and see if I can help even just a little bit to people'a troubles. I love horror, and am a huge ethusiast, collector, and player of the genre, I literally consume several horror games a month (including RPG Maker horror games, of course).

I've already made a few short horror games on the site, just small little flawed things mainly for contests I made in a couple days. I just released a touched up version of my Hallow's Eve 2013 game, Girl's Graveyard, and working on my longest short project, Nostalgica: An Old World Passes, right now, and on and off my long-time project, Complete Isolation. I do most of the graphics and soud for my game, though I get helped by a few friends sometimes.

I've very much have enjoyed the site, and am happy to finally join the community. You will likey see me posting around every once in a while. When I join communities, I join for keeps. It's very nice to meet all of you, and hope to get to know some of you guys more.

P.S. I'm known among friends to be a rambler who overly states what could of been a simple point, so be prepared for much of that from me.
Pages: 1