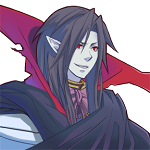 Close
RPGmaker game enthusiast, makes games as a hobby. Got no idea what I'm doing :P.

Thoughts on the state of RPGmaker and it's community?

author=Acra
The reason there's so many people actively making games here who don't bother with the forums is, in short, because you're not allowed to post about RPGMaker games on RMN. What purpose do these forums serve to them?

Now, I'm not saying that I'm encouraging advertising in the forums, as it'd all be retreads of their news posts from their game profiles. But all the same, there's a lot of gamepage posts that just blow by in the dust, while these forums stagnate. The first page of Game Design and What's Happening both go back half a year, while the five gamepage slots on it can completely change within a week. I just wonder if further integration of game pages into the Game Design board would have a positive effect on their activity. I suppose that would be somewhat redundant with the Latest Blogs on the side, but the siren call of that NEW next to topics could stir some life.

On that note, I'm curious: I've seen quite a few RPG games on the Games page that were made by other engines outside of RPGmaker like Unity, Unreal, or something else. Some of them are even 3D. With that said, do you guys think RPG games made outside of RPGmaker even count on the games page, especially on a site specifically centered around RPGmaker?

Thoughts on the state of RPGmaker and it's community?

04/16/2020 09:47 PM
So I'm fairly new to the RPGmaker scene which means I'm not too familiar with the history of the game series and the community as a whole. By the look of things, it seems the fan-base is doing quite well for itself but I can assume that RPGmaker has passed it's heyday by this point. Do you guys think the game and it's community are still going strong? Has it aged well? If not, what things do you think can change or improve about the community?

04/11/2020 08:27 PM
Welcome Nowl! Nice to see a fellow newcomer. There's RMN peeps of all nationalities here so feel free to post in your native language. If you do want to translate your game, I'm sure there's plenty of members who can help you out (just go to the Job Board and I'm sure you'll find somebody).

Can't wait to see your other games!

Well THAT'S not confusing and frustrating game design. At all.

Still a great game though.

04/09/2020 11:26 PM
So I recently tried to download and play Dreaming Mary (my OS is Windows 10) but I've ran into a bug with the action/Z button that makes the game basically unplayable. For the most part I'm able to use the action button just fine, but for some reason, I'm unable to 1) talk to Bunnilda and 2) open any of the other doors in the hallway. When I try to open the other doors, I just get the initial messages of the noises Mary hears behind the door over and over. When I try and talk to Bunnilda, I don't get a prompt at all.

I know it's not my keyboard because it works just fine. It seems that there's something wrong with the script where it doesn't recognize an event path or something. I tried messaging the creator but I'm not even sure if they post here on the site anymore and I have no other way to contact them. Anybody else experiencing the same problem?

04/09/2020 10:31 PM
Hey so I REALLY want to play this game but for whatever reason, the game will only let me leave the room and open the first door in the hallway. I can't open any of the other doors in the hall or talk to the bunny maid. Not sure what's going on. Could you help me?

happy 5am! here I am

the world is falling apart and I am joining RMN

04/08/2020 03:31 AM
Hello large rodent man! Pleased to make your acquaintance and don't worry about the coronapocalypse. Us ape-men have toughed through worse. We're all in this together my dude.
Pages: first 123 next last