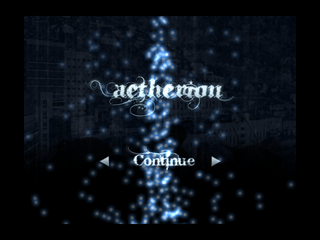 12/08/2010 06:49 PM
I wondered if there could be a serious board where discussion on a topic would be welcome and enforced not by the moderators, but by the person posting the thread.

Right now there's no real control over who/what gets posted, so snarky one-liners and irrelevant side-fights derail threads faster than any outstanding, solid discussion can grow.

One of the cornerstones of user-managed content is how proper internal moderation can work around the haters, trolls, and people who think they're funny.

My suggestion: If the person who posted a topic could remove posts that they feel are off topic or unnecessary, I think discussion would be more productive.

Yes, this is HIGHLY abusable; but that abuse will weed itself out. If "Anaryu" constantly deleted posts because they didn't agree with him, that discussion would only be interesting to the shallow types of people who thrive on that; the people who are actually serious and interested will avoid it and eventually future threads by that same user.

Conversely the removal of the snarky lines and internal side-battles that emerge keep a post clean and takes away that temptation to respond to their nasty little call-outs that take even the more productive people and involve them in said flame war.

Extra Credit: Are you a good Designer?

Go forth and listen!
http://www.escapistmagazine.com/videos/view/extra-credits

In particular, this one really stuck me as one we should all watch and take to heart; both new designers and old:
http://www.escapistmagazine.com/videos/view/extra-credits/2443-So-You-Want-to-be-a-Game-Designer

In this thread it would be ideal to discuss the "So You Want to be a Game Designer" - would be interesting to see people's thoughts on how it relates to each of us.

EDIT: I think it goes without saying that by "relates to each of us" I mean ourselves - comments about how someone else has problem A isn't going to help anything.

SkyE is our newest entry for a contest, the one for the RPGM Miniature Project Contest. Development time was 1 and a half months.
Play length: Around an hour (per playthrough)

What is SkyE about?

SkyE is a short and light sim-like game where you play the role of Celeste, a graduate Sky Knight who is taken on her final ranking assignment with her teacher, Knight Commander Svarus. You will be investigating the Rayth outbreak that has only begun at the newest Chromadus Academy for Raye Engineers and Directors. The game heavily centers around real-time shmup style side-scrolling combat.

The protagonist and your character, Celeste is a gifted Sky Knight who matches her halo type of "Serenity," radiating a calm aura that has yet to be shaken. Can Celeste puzzle out the problem the new Academy is facing?

"Master" Svarus is one of the most powerful Sky Knights in service. He acts as your advisor and teacher, he's kind and wise but sticks to his guns and won't be helping you unless the lives of innocents are on the line... and that doesn't count yours!

Headmaster Illiyana of the Chromadus Elite Academy is acting headmaster of the school you'll be investigating. She's a kindly, motherly woman who almost everyone respects.

An arrogant Director in training, Helios isn't satisfied unless he feels in complete control of a situation. People have no value to him except as tools.

The younger sister of the headmaster, Zavia is a self-proclaimed trouble-maker. She doesn't seem to be fond of the future her parents have decided for her.

The youngest student at the Academy, Theodore is unsure of himself and sometimes tries too hard. He still hasn't learned to think for himself and takes 'rules' to the extreme.

Phineas is a Raye Engineering with an especially strong raye sense and especially weak capacity. He's a dedicated flirt, but no one seemed to like him much.

An earthy Raye Directory Alcina is the second professor at the Academy and seems to have an agenda of her own.

A bookworm through and through Mia still loves to read and manage books even in this new digital era. She's very shy around people.

SkyE plays something like a sim, you'll be able to choose which locations to investigate at certain times of the day, uncovering the plot that haunts the new school. As you play you'll be thrown into a side-scrolling action system that mixes a brawler with a shooter to create a new unique style of gameplay. (Buzzword BINGO!)

Once you finish the game you'll find yourself able to play it over again; it will take a few times through to uncover all the different secrets and see the real answers to what's going on.

The combat system features pixel-checking collision for bullets, so moving your character around and flying forward through a wave of bullets is actually pretty fun!

You can see an early combat demo here:
Alpha 1.0, with the basic movement and shooting.

Give me Screenshots or go home!

Who is responsible for this?

Feedback
The main goal of this project is to practice telling stories and developing characters. While playing and giving feedback, please be sure to think of things that stand out as unnatural or bland and I won't shrug off any tips on how to improve my writing either!

Story
Welcome to the world of Cast Aside.

You'll play the role of a young girl with a dull future ahead of her. A kitchen assistant and foster-daughter to the island's most powerful Luminary, you wonder if your life is really worth living... How will her life unfold? You'll need to play to find out!

Cast Aside is an episodic game where your Save File will transfer from one episode to the next. Released long ago, Cast Aside has seen a lot of work since then.

Rayne: The main character, Rayne struggles in her everyday life. Living with the legacy of parents who bailed out of debt and left her behind, she feels she needs to make up for their sins and her foster-parents kindness by being what they want.

Kael: A childhood friend of Rayne, Kael is a spirited youth with a seeming gift for the spear and combat training.


Gameplay
Cast Aside is a story heavy game with a lot of puzzles. Combat is based on an Active Tactical System and will sometimes integrate the terrain and puzzles into combat.

Cast Aside introduces several new features with it's custom ATBS including attribute values on the map that can be used to entirely change the flow of combat, from increasing the range of attacks, to making them hit more targets, to causing an increase in regen or attack to the user.


Releases
Note: Before playing please install the FORTE font from the game folder! (Right click and select "Install")
Each episode contains the one before it, so there's no need to download early episodes!

Who needs a recipe?

Looks safe to me!

I don't think I'd have the guts to step on those...

A Kinda Sucky (but I was lazy!) Battle Screenshot

An example of the skill system's power increase functions.

Attacking something with the "Repeat Hit" feature.
Credits