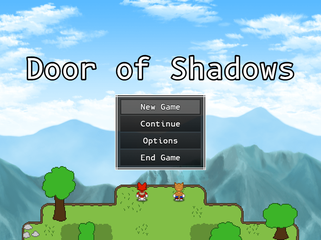 What are some archetypes for non-boss enemies?

12/19/2020 05:29 PM
How do you guys feel about these types of quests? Quests that are just simple "Kill 10 Dudes" or "Collect 20 Bear Asses" and the like. They have simple objectives and little to no story. I was thinking about using them in my game, here are some pros and cons I came up with:


So what would you guys prefer?

09/16/2020 05:28 PM
For those of you using touch encounter systems, how do you balance it in regards to player EXP? In one of my previous projects this is something I really struggled with, not knowing how many monsters the player is going to fight. I ended up balancing my EXP curve around the player skipping ~90% of fights which made it really easy to end up over-leveled. It's one of the reasons I went back to random encounters--it's far easier to figure out how much the player will fight as players don't tend to escape battles by default. So how do you guys determine how much the player should fight per map?

Roguelike Design: Should I remove leveling?

11/21/2017 10:18 PM
I'm gearing up to start implementing actual enemies in my game so I decided to give my battle mechanics another pass over. It dawned on me that I didn't actually need XP/leveling. With the way my game is designed currently, it's impossible to back-track or do any grinding. It's also pretty much impossible to end up overleveled/underleveled. Monster levels grow at roughly the same rate as the player do and there's no stealth/escape mechanic. Leveling currently only increase stats. It used to be more important for character progression when my game was a bit more open but since I've redesigned other mechanics the non-stat benefits leveling used to provide were either cut or rolled into different systems.

I've been brainstoriming advantages/disadvantages and this is what I've come up with so far:

Any thoughts? Should I leave things as is, add more mechanics to leveling, or pull the trigger?

My First Foray Into Pixel Art

These are player dolls. I know the legs are terrible, and the arms don't quite look right.

A couple of ability icons.

Any feedback is appreciated.

Going in Blind and Preparing for Combat

08/23/2012 08:30 PM
I'm sure this has happened to all of us before. You're playing a game and start a boss fight. The boss opens with Firagajagajada, so you immediately reload your save file so you can equip your fire resistance gear. Doing this is annoying, especially if it happens with every fight. While your locale can sometimes give hints to what types of monsters you'll be fighting, it isn't always applicable to everything the party can prepare for. For example, the player will know to equip ice resistant gear for the ice cave, but how will they know what status effects the monsters inflict?

The point is that the player has to prepare for fights they know nothing about, and when they do figure out what they need, it often means annoyingly reloading an earlier save file. How could this issue be resolved? Do you just flat-out tell the player what enemies they'll be fighting? Or do you just throw a Game Over screen at them for not properly preparing for the fight?

EDIT: This should be in Game Design & Theory, whoops.

Is the defense stat reduntant?

01/14/2012 02:24 AM
Do we really need an actual defense stat in games? To me, it seems slightly redundant along side elemental resistances. There isn't much of a difference between a +defense buff and a +physical resistance buff. They both do the same task of reducing damage taken, and they both do it nearly the exact same way (flat damage reduction), so why have both?

01/13/2012 12:51 AM
Any players out there? For those who don't know, the game is basically Diablo 2 + FF7's materia system + FF10's sphere grid. It's currently in closed beta, but they give out keys every 5 minutes and there always tons of giveaways going on.

I've been playing the beta. It's enjoyable so far but quite grindy. The amount of character builds you can make though is pretty staggering and I love random drops.

10/05/2011 03:13 AM
I'm having some issues with his script. If I use the notetags to modify EXP or Gold, the amount earned resets to zero regardless of what values I use. It's probably an issue with the script, can anyone fix it for me? I'd ask him myself, but he hasn't visited the site in awhile.