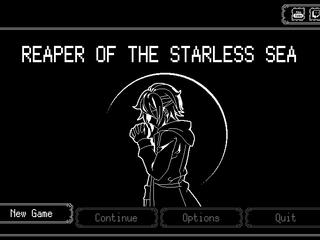 I confessed to someone for the first time in my life and it felt great.

Some of you might have gotten some retro-active Achieves for front-page spotlights. The site is not broken, don't worry, just a large backlog. >.<;

Henceforth, I am banning friendships for mods. Moderators are no longer allowed to have friends.

New problem: Been required by school to join the global game jam 2017... Don't have any team to form nor anyone I know to join in a group... Now the problem is find a group or gone Lone wolf.

guys can u link me some interesting articles on these popular RM "horror" games pls? I wan2 study them bc why not ty

Anyone from RMN headed to PAX in Boston? RPMaker has an official booth this year! :D

author=kentona
Yeah, you have to be a super-high profile profile person at RMW to garner sustained attention, otherwise your projects get buried under the deluge.

I don't recall Palladinthug or Zevia being super high profile...

Anyone from RMN headed to PAX in Boston? RPMaker has an official booth this year! :D

author=Ratty524
The irony is that Oneshot was pretty much DQ'd in IGMC for being an rm2k3 game, but now that the official English version was released and it was remade for that engine, it's getting spotlighted now.

The fact that it was is why I suggested it to Degica. It is considered as one of the strong entries but it was created in a 'pirated' engine and just a few months after Rm2k3 was released but eh. At least the new version is great.

author=Ratty524
If what I hear is true, next to no games get much attention on RMW compared to other sites. I think the fact is that a majority of the RMW memberbase is there for support for their own projects, not so much critiquing/playing others.

Not really. I get more attention there than in RMN and so do other users (Silver Town Game). But it kinda depends really. (Same goes to RMN posting times)

So tonight was all about asses, books and being naughty. Best kind of stream~