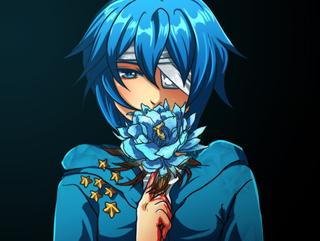 The story of two lovers separated by different beliefs.

What makes a good dialogue?

I know avoid |33t language and cellphone short cuts like that :P

I got some notes, it seems like I was able to make my dialogues natural there's just some anime-only responses, haha

Verisimilitude - it means it should sound real, like real people are saying the lines and not like someone is writing them. But in special instances you can get away with being a little more poetic. If it's a special scene it can make the dialogue better even if it's only 90% believable instead of 100%

And you should always try to minimize exposition as much as possible, like if you have to explain a lot of stuff to the audience through two characters talking, try to disguise the conversation as something else as much as you can, like it is a regular conversation, but the information the audience needs to know is in there somewhere.

A great example will be FF8, it has a good example of people speaking naturally in a game in a modern context.

10/31/2008 04:03 AM
Hello everyone, I'm just posting it here for feedback, like what do you guys want changed in the gameplay and stuff! (please don't mind my extremely rushed dialogue and horrible artwork)

Story
You are a cocky witch named Marian. During the night of Halloween your powers becomes stronger and allows you to use more advanced spells. You decided to take over the small town of Cecelia which is located near the Forest of Magic for your witch-y purposes. But something went wrong and your Arch nemesis Sally came into play.

Marian
A cocky 18 year old witch that wants to take over the small town of Cecelia for her selfish purposes.

Ash
Marian's Guardian Spirit. He's very knowledgeable and nothing much is known about him.

Sally
Marian's Rival, at least, that's how Marian defines her, despite the clear evidence that Sally is much better than her.

Go here if you get stuck at the beginning
Show

Credits
Aten - dude who did most of the work and fix the mistakes as in everything
Nessiah - slow dudette who did most of the artwork and extremely slow, as in very slow.
Dajhail - dude who did the tracks
Ocean - Dude who helped a lot
Emirpeon- Dude who fixed the portraits
ShinyToyGun - Summon Night Template, wherever you are you will always be remembered.
Skie - Stolen NPC graphics came from
Flight-Plan- Summon Night style graphics
Theo - Hand drawn maps inspiration
Vanit - Mirror

Download
If everything is well I think you don't need the RTP
Original: http://www.savefile.com/files/1862764
Mirror: http://www.vanitstudios.com/Files/Mirrors/NightofMarian.rar

Note
Due to extreme change in my schedule (such as overwhelming chores and school all of a sudden) this game might not be as long as the other entries and would probably disappoint you. The Pumpkin Boss wasn't made in time because of Diwali and stuff ;-;

08/16/2008 05:47 AM
Hi everyone! Has anyone tried out Iscribble? It's like paint chat but a lot easier haha, and you can make chatrooms and then friends can doodle there as well as talk :) I think it's a nice alternative than OC it's also pretty easy to use :)

And then sometime that night ...

So yeah if anyone could possibly slap to my face how to predict light source more accurately it'll be appreciated XD
Pages: first prev 123 last