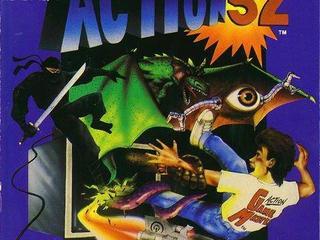 Snake had a hard life.

When you are shaving in the bathroom and notice spreading asscheeks in the corner of your eye, and yet when you turn around and nothing is there.

Important needs to be bigger.

06/24/2011 08:40 AM
The Important: New to RMN? needs to be bigger, Like half of the forum page. Because I'm noticing more and more new members posting in the wrong areas or just being plain dumb.

Sharing the Suffering: the Final Tear

03/01/2011 07:23 AM
After reading the horribly biased reviews (In favor of Final Tear 3). Several members began to discuss the merits of FT3 on IRC. And after several failed attempts to slog through it we all came to a conclusion that we would need to work as a team to play through this this game to completion, to see how 'Amazing' Super Stunner's game truly is after 20 hours and what the 'Inception like" plot twists are.

It's been decided that every person will play exactly 5 hours of the game and then copy the save, and pass it on. But they must also review the 5 hours they've played and have a brief synopsis ready for the next player. This synopsis will be posted in this topic and then be copied into this post.

Signing up is rather quite simple. Just post your name here and if you wish to contribute.

And Liberty has finished the first five hours.

THE PLOT SO FAR

You found a plate thing that apparently fell from the sky. The Mayor - who you live with and has brought you up since you were a brat - says it comes from another planet and has asked you to take it to an old friend of his, Dies. He lives in a tower. On the way you decide to grab Jessie - a friend that works at the church. On the way to the church you meet a dwarf who asks you to move a gravestone to a ladder for him. You do so and read the stone which is dated 1000 years after the current time period. Asking him about it he makes some hokey excuse. He then leaves and you make your way to the church.

***When in the church there was a sort of flashback/forward and dead bodies scattered around. It lasted a few seconds but may be a foreshadowing of what is to come.

On the way back from the church you see that the dwarf, ladder and stone are all gone. Jessie thinks you dreamt the whole ordeal. We then head through the town to the east and through the forest.
We go through a few cutscnes to show that Jessie is pretty religious, but knows not to push it too hard. Then we fight a troll.

After the troll we make our way through the plains. That took a while. We finally got through them, beat a Rude Thief, then finally headed to the tower. There we exchanged banter with Dies, whose wife died the same day Lance was found head down, naked in some sand. Looking at the disc, Dies tells us about there being three planets and that the lettering on the disc is a language unlike there own.
It's apparently over 1000 years old, which means that there's no way it's from this planet seeing as said planet has only existed for 999 years. Le gasp! Of course this puzzle Lance seeing as he met that dwarf and the gravestone was dated 2001.

Then Dies notices that the text on the disc has shifted when Lance came near, so it obviously has something to do with him. So now we're sent off to look for this scientist named Edward. he's a decipherer. I(^.^)I
Edward lives in Sanaria castle, working for the king. This probably means across the river that we couldn't cross at the start. This means traveling all the way back.

Since introductions are going.

01/25/2011 12:55 PM
Hello I am Ark, I've been around for a couple years now and don't post much, I am a drunk and I am not much for words. I love everyone here and I am an in closet gay. I've tempted both Uh and Tardis over to my house for 'beer' and am secretly in love with Craze I hope you can all accept me for what I am because pretty soon this topic will be gone. My interests include drinking and smoking cigarettes. I don't really play to many rpgmaker games anymore unless they are challenging and or are fun. The last real game I played was Visions and Voices which I broke during the beta phases by fighting the end boss twice and still surviving. (And a game made by Solitayre and Sivleria which is the best game I've 'tested by the way') Lately I've been replaying alot of Bioware games and playing games the the general public would not like, Slaughter house anyone. Also I spend alot of fucking time playing LBP2.

I am not talented in a musical or art sense. I am very apathetic. And I work at a brewery.

01/25/2011 12:18 AM
I've been keeping tabs on this short movie after viewing the preview roughly a year ago. And it's finally come to completion I recommend everyone who is a half life fan and who isn't to watch this right now.

This is a translation of his interview with 4gamer. He discusses quitting capcom and the japanese gaming market in general. By the way, its a really long read.

I hope you are ready to party bro.

08/18/2010 05:54 AM
My friend John has drawn a lot of shit for me over the past years, I thought it was time to share his skill with people that don't frequent IRC. Honestly this guy draws some of the best shit I have ever seen. And everytime he does something for me he blows me away with the new skills and techniques he has learned. His attention to detail is honestly amazing.

Here is a couple pieces he has done for me: His deviant is http://johndowson.deviantart.com/ and he is totaly worth checking out.