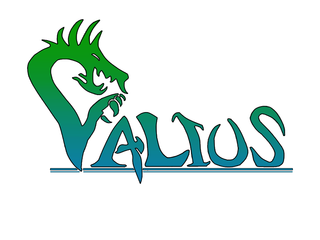 08/25/2012 06:36 PM
I think it is very clever to have him there writing down with what appears to be a quill and the statistics popping up. It a very effective, extra praise to you!

08/24/2012 07:06 PM
What if save points are few and far between so even if a player is going to abuse the restorative feature of the save point, travelling back from where they came from would be useless to them. What are your thoughts?

08/23/2012 11:01 AM
That is a well made point and for some, I was toying with the idea that players would have to collect crystals to power the Recall Sphere and use it to save or restore stats but when you just need to save for assurance or taking a break from the game it would be annoying to have to go and find some item in order to save just as annoying if you have to pay.

Try not to focus too much attention on this because after all it is just a save point. What I have done is exactly what you have said and incorporated history into the functioning of saving your game thus making your gaming experience that little bit more immersed.

Q. Would going back in time reverse your age?
A. Yes but as stated in the post, you can only travel as far back from when you first become attuned to the Recall Sphere. I should of stated that using different spheres overwrites previous data for example if someone is to save their game then they have recorded their data within the sphere but if you save over it then you can only return to that time to the new save.

Q. Did Heridomus revert to a previous age, a younger body of himself?
A. Yes

Q. Does Heridomus have all the knowledge he had before?
A. Well if you read the post carefully you'll see that Heridomus notices the change from his grazed hand and the missing pages of his journal so yes he did remember.

Q. What is the affect of this in the game?
A. There is a form of goverment in the game known as the High Council who issue and regulate laws over the provinces that they have power in. The Recall Sphere has been around for many years and has been the reasoning for many laws. These save points are officially owned by the High Council and are located within specific areas to stop them from being over used by the masses. The High Council give authority to people of great importance or sometimes quest takers for their journeys are usually the hardest and most dangerous to take.

08/04/2012 12:14 PM
The production team are currently working on the script as we've made several changes to the story-plot but we are powering through. Thanks for stopping by!