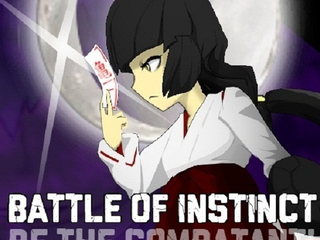 07/06/2016 05:13 PM
Hello SapphireFalcon, first of all, thank you very much for taking your time to play my game and share your thoughts.

This was interesting to read and it helps me to improve, thank you!

Maybe the curse had some kind of side effect on Lily's health, given this was a big problem for her...I have nothing to defend this theory, though...

06/23/2016 11:56 PM
This was interesting to read, about the references, maybe Stiven really wanted to add some, but the *original team(including the artist) was disbanded and he had to improvise.

But, personally, even if the image was original and not from Google, I don't think that's a good execution for a reference...

I mean, for example if you want to add a reference to Yume Nikki, you could add an image with Madotsuki's emblem pattern, something subtle.

I also thought something was missing in the end, specially because of Emma.

I don't understand why he would use that BGM for the final battle, he had a good composer.

This hurts because I had high expectations on this game, seriously I want more survival games.

I was dumb, oh well.

I tried to contact him, no success, he dissapeared.

author=unity
I don't feel like you've done a good job reviewing the game. This seems to be a list of talking points to rebuke the other review instead of an overview of the work. Nothing about this describes the game as a whole or provides potential players an idea of what they're getting in to.

I can see your point, but really I didn't try to counter the other review, my intention was to show that not everything was lost, since the errors in the game can be fixed, very easily in my opinion.

I actually wanted to discuss this with the developer, I know this isn't very objective, since a review must show what it is, and not what it could be.

It seems I won't have a chance anyway, since, as you may have noticed, the dev got banned, it seems.
Pages: first prev 12 last