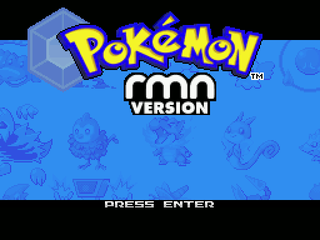 12/19/2020 05:40 PM
I keep coming back to check on this and being disappointed that there aren't any updates. Is there anything we can do to get it up and running again so it can be released? Like maybe divvy up the responsibilities between multiple people? Expecting 1 person to finish a large project like this is sort of an unreasonable burden anyway.

Sad to see there's no feedback on mine.

01/23/2018 11:01 PM
I started playing through the levels alphabetically. You should consider all of these nitpicks.

Show
Autumn Lake:
-Mario starts slightly off the ground.
-It takes a horrendous time to load due to all the assets.
-Aquatic Ambience music is a little out of place compared to the yoshi island music. Instrumentation is too different between the two.

Awesome Ice:
-Create some sort of outlet so that the snowmen skiers dont infinitely pile up in the 3rd "bowl" area.
-Change the podoboo sound effect to a splash effect. I thought they were harmful at first because of the lava sound.

Barrel Volcano:
-Changing the blocks that touch lava to a charred version of the surrounding blocks would be really cool looking.

Bill Bouncing in Billowy Brumes:
-Ice might be better than leaf here. The fall timing gets really messed up with the leaf. But leaf definitely fits better thematically.
-Why those koopas?
-Nice ending.

Blazing Hot Inferno:
-The lava on the floor has little indication of that it's harmful.
-If you are going for the pillars with lava coming down them being in the background, then the there shouldnt be lava that you cant touch up there. Jumping on the red music note with enough speed will bounce you directly into the lava.
-The doughnut block section is very boring. Most of it is repeatedly jumping up and down (with no danger) while waiting for the geysers to go down.

Bonestrewn Barrow:
-Having purple yoshi on this level makes some of the areas gimmicks obsolete.

Boom Boom Bastille:
-It's still extremely hard.
-Please don't force using yoshi to get a Flower in this level. It is very hard to get a yoshi through this level in particular. Currently, losing him (usually to the many patches of lava) means restarting the level.

Burny Burny Furnace:
-Hitting the blue switch while it's already on causes the coins that it spawns to turn into blocks. If I remember correctly, this can be solved by changing what type of coin it spawns.
-Sad that there was only one cookie.

I did Abandoned Factory too, but sent it to Seiromem on Discord. Not the most pleasant level to start on difficulty wise hehe.

01/14/2018 10:35 PM
Can I get some clarification? One part says make sprites and/or game art (including concept art) while another part says pixel art and to be used in RPG maker. My best medium is probably drawing traditionally and then scanning it, and I'm wondering if that or maybe some variation/modification of that suffices.

Aww damn it, you beat me to it. I had recolored that spiny using Redigit's SMB3 styled Dry Bones for color tones, but looks like you got it taken care of. FYI, did you know there's a flaw with the spiny's lower-middle spike being misaligned? As well as there being miscolored pixels around that spike (One is shaped like this ( & the other a 2x2 square on the other side). View it in a image editor like Paint.net or GIMP & zoom it until you can make out each pixel & you'll notice it.

I have no idea what you're talking about.