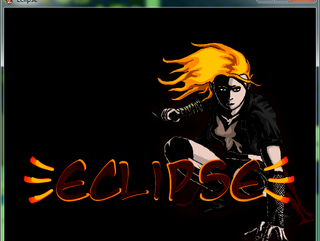 What Final Fantasy Monster was your favorite?

06/16/2013 05:13 PM
I wouldn't say it was my favourite, but I thought the second fight with the Black Waltz #3 was pretty amazing. You're attacked by him with little warning and far from your optimum team so your first instinct is to panic, but then you see him spazzing out and twitching and just generally looking like a nutbag. It creates a nice contrast in what you feel/think about the situation, because you're not sure if you should worry or not.

Then the subtle touch that if Garnet is the only character left alive, he just completely breaks down and starts attacking himself; that's just a design gem. He's still following his "keep Garnet alive" programming, but doing it in a completely self-destructive and insane way that really brings the character to life.

Personally, a mahoosive, luxurious hospital bedroom with couches and tvs and pet tigers immediately rings false to me; I CAN'T suspend my disbeilef, which is what needs addressed, and what LockeZ was commenting on.

S'why i'm saying that latest screeny is much better; even with the odd-looking couch, you can suspend that disbelief and just accept it, enjoy it. The earlier screenies just immediately make you think "nope." and it kills the immersion.

ON THE FLIPSIDE, if it was like a power plant or something, or somewhere else I've never/rarely been, it could probably include rocks and Zapdos' and it'd look perfectly believable to me because I have no reference experience, so I suppose personal experience counts for a lot when it comes to whether or not your disbelief will be suspended or not.

06/04/2013 12:33 AM
I'd have to agree *in essence* that the couch should be smaller, but since the couch can't really shrink due to graphics without just becoming a chair, I'd just suggest making the bed a bit bigger or finding/making a larger bed graphic.. Hospital beds, to be fair, are actually pretty bulky fuckers, so it does look a tad odd that a couch totally dwarfs it.

06/03/2013 05:09 PM
@thatbennyguy: I can't help but notice that every one of those links you had were small, fairly cramped and drabby rooms. The one that included a couch looked completely unusual, at least to me. Maybe it's just because I have a knack for waking up in hospitals being asked if I know where I am, but those huge, spacious and luxurious hospital rooms certainly allow zero suspension of disbelief for me.

You can't just say "suspension of disbelief" as some buzzword and automatically have it be okay. If it doesn't suspend your disbelief then it should be addressed, and that's exactly what LockeZ was doing.

Incidentally, @Mr_Detective, that final one looks much better. Still weird with the couch, but in that room I'm sure you could get away with it with your wee crowd and dialogue.

06/01/2013 07:35 PM
Well the art for the game would probably be dead simple, to be honest. Since it'd run using a TBS script it'd pretty much all just be spritework and the most of it would just be your Core Units, so a single sprite would cover 50%+ of your team in the TBS fight.

Most of it would just come down to the heroes etc, or tilesets, and even then would probably just be parallaxed or something since the majority of the game would take place on single TBS maps.

06/01/2013 10:37 AM
Not to mention that in the video, the bed is also much larger and takes up some empty space as well, whereas in your screeny, the bed is teenty-totie and isn't nearly dominant enough considering that it's the primary attraction in the room.

You can make one like LockeZ's, only slightly larger so it has enough room for a crowd, while still making it far, far smaller than your screenies.

Thing is, small maps don't leave much space for errors or weirdnesses; people see a small map and immediately see it all, accept it, know what it is and don't complain. Large maps contain so much more space and filler-material that the margin for error plummets and suddenly you have people looking at it thinking it looks "just a bit off", no matter how many times you change it.

05/30/2013 03:49 PM
Well I was pondering using that TBS script I linked, since it seems to run smoothly and seems simple enough; I reckon most of the core WH rules could fit into that script enough. I'd just want to discuss what rules to artistically license, which to remove completely, and how to implement the ones that do get chosen to get put in.
For example the Fear/Terror rules would require some discussion before being implemented in a RPGM game, TBS or otherwise~

05/29/2013 09:14 PM
Right now it's really just more of a concept discussion I'd be going for rather than actual work done quite yet.
Problem isn't getting the project assets made, it's just getting coherent rule conversions thought up, and that would be much easier to spitball with someone else than working it solo.

What to do if your Game Submission is denied/pending

Although note that even after you resbumit, you'll still have as long as it takes them to check the profile for you to continue making changes and updates; it won't be set in stone after you hit submit~
Pages: first 1234567891011 next last