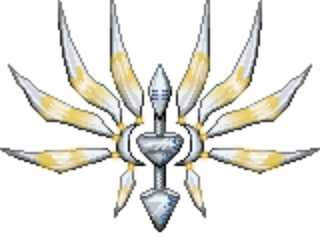 Take control of Gem and her friends as they search for answers to an odd problem withing an online world.

author=unity
The maps needed for the next updated are already marked.

author=unity
The locations we need soon (for the next update) have *** next to them.

I have all the needed maps for the next release.

author=karins_soulkeeper
Unity, will the temple of soul map be needed anytime soon? Because if yes, I guess I could shift some of my time around and work more on it.

*this is me admitting that I haven't worked on it much*


May I take a look at what you have? I might be able to help. I might be able to build on what you already have. (For that matter, has anyone considered collaborating on maps, handing it off when they get stuck?) BTW, Karin, any suggestions on how to map round tent interiors?

author=LockeZ
Oh, I unclaimed Marison Docks a while ago due to having too many irons in the fire. Was the list not updated to reflect that, or did someone else take it?

I took it :P That said, if anyone else really wants it, that's fine, but if not, I'll be taking care of it.

author=karins_soulkeeper
Unity, will the temple of soul map be needed anytime soon? Because if yes, I guess I could shift some of my time around and work more on it.

*this is me admitting that I haven't worked on it much*

No worries. I don't need it right away as it isn't featured in the next release.

I haven't really touched the Ulriki camp in a while either, but don't think it's urgent. But what is?

I sincerely hope so :P

Type:A horrid place of a mad scientist, filled to the brim and running over with vile creatures and poisons
Biome: Factory
Character tie-ins: Jordain's father is the mad scientist. Jordain previously worked for him till he got bored and left, taking a good deal of equipment with him. His father was less than pleased.....
Relevance: Due to Jordain's betrayal, the scientist is using all his resources to build a giant death weapon to destroy him.
Description/other details: Uh, the factory is not a full-metal automatic factory. It's sorta steam-punk like and stuff. With crystals that provide energy sources similar to electricity only fueled by an element. So a red crystal makes heat energy etc. The Wyrm Wizard probably is controlling the factory and is gathering the crystal for power or some shit like that.
There should also be midget toads waddling around.

THERE WILL BE MIDGET TOADS

I'm pretty certain he meant Toads, not toads.... Anyway my suggestion is to throw in pseudo- platform puzzles, pipes, and conveyor belts to give it a Mario-esque flavor.... BTW, "Schwammerl," a nickname for Franz Schubert,translates to "Tubby' or "Little Mushroom(Schwamm, mushroom, plus a diminutive.) Just a thought.

03/13/2015 03:02 AM
I think I found some color-changing tiles somewhere that would be great for the floor... Now where might they be? OR some of Leila's tiles might work. I suggest putting the dance floor in the center of the "turtle" where the water is now, as a focal point, but of course it's up to you. Also, consider fusing Eastern and Western elements much as the background track does.

The upper part could be the Head Monk/funkmaster's quarters and bedrooms. Alternatively, they could be worship rooms for the elements excluding water, whose symbols might appear in other parts of the temple ...

I suggest 6 monks, each with a different outfit. BTW if this place is anything like the original Studio 54 you might want to put black rubber flooring in some of the rooms so they can hose things down at the end... ;) Also black leather couches. As for the ruined parts, I suggest fire damage....

No need for any reservation, I'll just send you my map when it's done.

Reserving maps helps us know what remains to be done, so two people won't waste their time working on the same map. Please, once you decide which one you're doing, let us know.
That being said, I'm going to look over the remaining maps and pick one myself. *Edit* Completing/revamping the Encampment. Edit* Really, will now

author=Marrend
I sorta hate myself for this puzzle-thing I'm thinking of doing for the Dome. At least I'm not falling back on my old stand-by of World of Xeen word-puzzles, though!

Combining word-puzzles with block puzzles would actually be kind of fiendish, though, especially if a twist of phrase contains the key to solving a physical puzzle.
Show
For example "Wake the giant so he may take this orb to heart" might involve arranging tiles in the shape of a man and placing the orb in the figure's breast.
Also It might be an interesting place to encounter Lantwese, since many rogues are chaotic; but she might be banking on her resemblance to that legendary hero to steal the diamond.

That's a pity... do you know what the problem is? Also maybe you can create resources .

Whoops, he. Anyway, for your amusement, the Funky Temple![http://rpgmaker.net/media/content/users/8106/locker/Funkytemple.ogg
Now back to the encampment:
Screenshots (apparently not good enough yet. OK.) I keep asking myself, "how do I use the resources I have to help depict the Ulruki culture?" This lofty aspiration is probably part of what's standing in my way.... A thought: Without its roots to anchor and feed it, its trunk to support it, and its leaves to energize it a palm cannot bear fruit; likewise, the Ulriki Elders, adults, and young men and women each have their own role to play in the success of the community and its children. *Edit8 OK it's pretty much done. You cna see an example in the screenshot thread.
Pages: first 1234567891011 next last