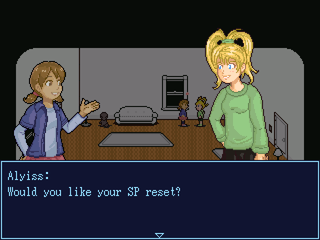 Urban Turn based RPG with a bit of humor & flair

The problem is just recently I've been working on NPC portraits but I made a few that don't have normal/visible eyes and I kinda realized that they would look out of place without animation.

Is there any way I could animate parts of thier faces to match a blinking animation or should I just leave them as static portaits. 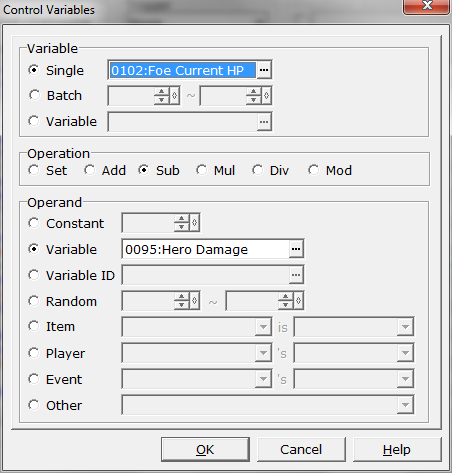 This is how I control the hp bars in my game. As you probably guess this makes the hp meter change numbers instantly, however I'd like the number to tick down 1 hp at a time (even if it was faster than the eye could follow). Is there a way to do this?

I know I could set conditional branches for every possible value of variable 95 and then manually add the appropriate number of subtractions to variable 102 but that seems like it would take forever too do and would probably bog the game speed down.

02/01/2016 10:36 PM
Is there a better way I could code a percentage chance of something happening? Or better yet is there a way to improve RM2k3's RNG? I've searched the forums and google but almost of the the topics more or less were debates on where RNG is good or bad. 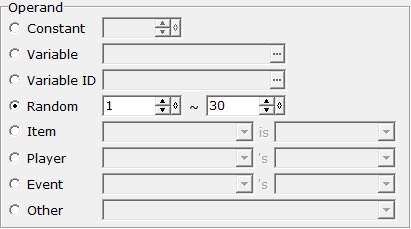 This is the chance of a normal attack missing and more often than not it happens once a test battle (which average about 3 turns per battle) and even worse if a miss happens it usually happens on the next turn despite the variable getting re rolled twice. 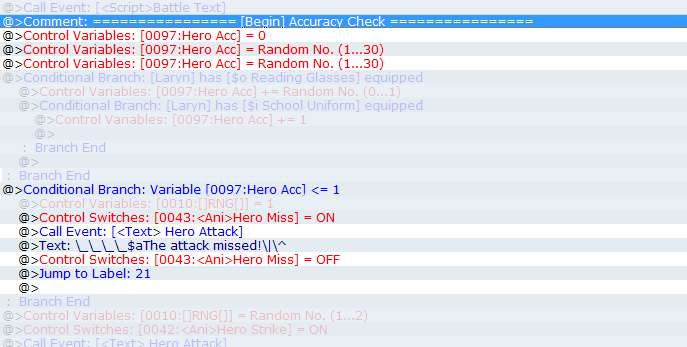 This is how I'm setting up it my percentages. (Ignore the faded bits.) Am I doing something wrong or do you think there's no problem?

01/21/2016 11:05 PM
Hi all. I'm not even sure this is the place to ask this, but I need some help with ideas for skill system in my game. It's a custom turn based battle system so the skills in question don't really use the editor that much. Specially I need help coming up with two skills at the end of two of the skill trees. 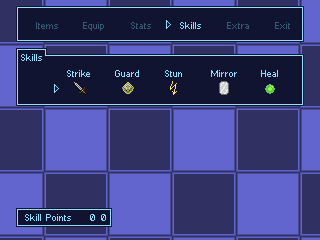 First off as you can see the skills are divide in to five different trees. Here's the trees I'm having problems with. 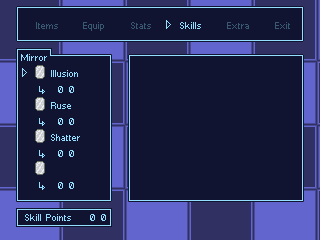 Illusion: Creates a mirror body double that doesn't do anything. It has it's own hp and takes damage every the player takes damage. When it runs out it dies. The skill has a cool down and using it when there's a double already active heals half it's hp.(As you can see this skill is worthless by itself which is intentional)
Ruse: When a body double is active there's a chance the enemy will attack it instead of the player. The double takes more damage than normal. Also if there's no double created there's a 10% chance to create one when attacked.
Shatter: When the double is destroyed it deals damage to the foe.

And here's when I need help thinking final skill I had in mind wasn't very good. I was suppose to copy your last action but I figured it would be way to overpowered and difficult to implement. 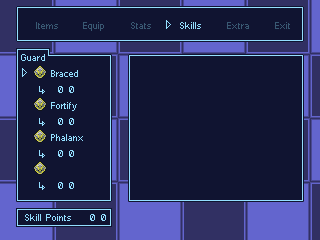 Braced: Adds a chance reduced damage taken when attacked. It won't activate if the player is using other defending skills.
Fortify: Basically a defend command. If you don't have any points in this skill the command is wait instead which skips your turn.
Phalanx: For one turn the player is immune to all damage. No other skills will activate during the turn this is used. This skill has a cool down.

As for this one well I don't have the slightest clue what my original idea was for the last skill here. If anyone can help me out I'd appreciate it.

12/31/2015 03:25 AM
I've got a custom battle system in the works but I need help figuring out the proper way to code percentages. Basically I have a point build system where adding points to a skill increases the chance of activation/effects of the skill. However a majority of the skills are chance based (meaning they have a chance to activate whenever an action is taken) so I was wondering if anyone could help.

Here's an example of one of the skills:

As you can see having a higher skill level (Variable 181) overall increases the value of RNG (Variable 45) but I'm unsure if there's a better way of handing this. Any help or feed back is appreciated.
Pages: 1