Only thing I want is: Give me a valentine that is good looking.

And the Winner is...

[Poll] What is your favorite universe and why?

Same here, but I go for: Star Trek pre Captain-Archer-Enterprise
(because absolutely nothing beats The Borg).

And the Winner is... 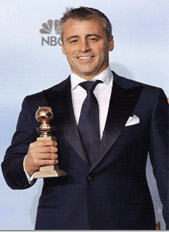 I have seen that guy before. Wasn't he from some bad sitcom?

11/28/2017 09:25 PM
I loved Mission Impossible. I know it was trashy and buggy, but using the weapon cheat and killing off as many civilists as possible was hella fun. :-)

Does anyone Remember RpgRpgRevolution? (Remembering RRR)

RMN has far more long-term experience using these engines, especially the older versions of RPGMaker. For example, I see people on RMW in the 2k/2k3 forums asking questions like...how to put together a tile-set. XD

Sounds exactly like RRR ... With me being the only one to answer the question and getting warned for answering it with a meme included. But I just heard that's the way it should be, because memes = jerky behaviour, even if it's the only post which helped that person.

Oh, and about The_Bizarre_Monkey:
He showed exactly the same behaviour after we had added each other in Skype. First we talked nicely for a while about the good old RRR times. Then he suddenly started to insult me for no reason and shit, claiming to be an almighty genius and being too good for everybody. Yeah, the same genius who's uploading stuff like this on YouTube:
https://www.youtube.com/watch?v=l2ozqPIGlDU
(nice moustache btw.)
Pages: first 1234567891011 next last