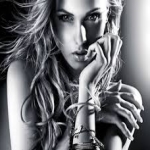 Close
I'm a 19-year-old girl from Europe. Playing games is one of my main hobbies and I'm always in search of new and challenging games.

I'm also trying to create and develop games, and I hope I will be posting them soon, despite I'm probably not going to have a lot of free time during the next couple of months.

Besides games, my main interests are books, movies, sports, foreign languages and cultures.

If you wish to contact me, don't be afraid to do so because I'm very communicative.

I began playing it, and it is quite interesting so far. Plus, I love the character's voices.

Lost in the Woods Review

11/15/2013 08:30 PM
You're welcome. I understand it was pretty hard for you to complete everything before the deadline, mainly because it's your first game. Besides, it didn't have any bugs, which is good.
As for the graphics, I find it weird, but it is good to try out new things.

11/11/2013 06:16 PM
This game looks very interesting. Also, I like the fact that everything is original. You must have put a lot of effort in doing this. I quite liked the images I have seen and I'm going to try out this game.

author=eplipswich
Domina, if you're into translated games, then you might want to check out the Japanese game I'm translating as well :)

Oh, and Domina, if you want to learn Chinese, I can try to help you in any way I can (though it's actually pretty tough and you can easily mix up Chinese and Japanese because they look similar, even though they are not).

Sounds great. I'm definitively going to check them ;)
Thank you for the link.

I would be happy to try and learn, despite I'm not sure how much of the free time I will have in the future. I noticed they are. I can recognize a lot of characters, but I don't know what they mean in Chinese.

11/05/2013 07:10 PM
I completely support translating games. It would be awesome if we had every game in a couple of languages, but it would take a lot of time.

I understand Japanese enough to read and watch movies in Japanese (unless there are some complicated words). I do even know how to write and speak, but my sentence structure and grammar are still flawed, sadly and I'm not too confident with speaking it. My fiancee understands because he is a Japanese, and he was teaching me :) Yes, it does sound sweet :)

I fluently speak English, Spanish and Romanian. I know the basics of Turkish and Hindi, and I'm trying to learn German. And I'm still working on Japanese :)
No, I'm not using them for work, but I'm planing to study Japanese Language and Literature. Or maybe Hindi, I can't decide.

I agree that they are difficult. I also wanted to learn Chinese, but my mother didn't allow me to. I was literally torturing myself with all the languages, I was spending a lot of sleepless nights with the books. That sometimes resulted in me getting confused and mixing all the languages up and I wasn't focused in school.

It is a beautiful country. In my country we speak Montenegrian/Serbian (those languages are same, they have just a couple of differences like between British English and American English).

Russian is quite popular here, along with Italian.

Thank you for the compliment :)

That's so awesome. I should have gone to US to study this year, but I couldn't because of the health issues. My fiancee and me are probably going to move to Nagoya as soon as we can. He wants to go there so badly, and I always wanted to live in a big, crowded city :)

Your English is not bad, considering how much your native is different from English. And there is always something new that could be learned. Majority of the people I know in RL, and most of my friends don't know English at all, or they know terribly flawed English.

I played it some time ago, and I barely recalled it's name.

I don't mind it. Lol, I have tons of games on my laptop I still have to play :)

It's pity when the talented people drop their works. I know a lot of cool games which were dropped in the middle, and it quite saddens me.

Sure I will :D

author=Pizza
How can you give a game a perfect rating if two of its aspects weren't perfect to you? If you're going to score everything individually and make the whole star system even more meaninglessly conflicting then at least have the sense to average things out for the final score.

I did it because I thought that those perfect aspects were more important than the other ones. But I do agree with you, and I'm going to remove the individual grades to prevent confusion.

author=nemesis25
Domina, Thank you so much for posting the screen shot.
I see, yeah, this is the font type that I used... You are right, I didn't realized that till now.

Thank you so much! I will try to use better looking font on next game!

It's in the textbook, maybe it's the font.

Here is the example. In the first screenshot of the game you posted, the letters l, a, and s look slightly different, like the first part of the letter is little cropped off. It's surely the font, but it seemed weird to me. It's not even a real problem, but I'm usually a big critic, and since I really had nothing to criticize about the entire game, I had to nitpick :)
I adore this game and I hope you're going to post more games soon :)

Yes, I do. It's mostly good, although it sometimes exhausts me.

Awesome, thank you for the link. I hope it's going to have a less sad ending and I hope I will be able to understand it on my own, or else I will need to force my fiancée to translate it to me :D

That's a pretty cool profession. I adore languages, and like my friend once described it, my profession is "trying to learn every language I stumble upon" :D


Yes, I'm from Montenegro, Europe. Serbian is my native, but I try to use English as much as I can. I write in English, I sometimes speak with my fiancée in English, I read books in English and I'm a very good speaker, but sadly I'm easily switching tenses when writing.

Is your native English or Japanese?

I adore those games. I have both the original and the translated version of Mad Father, but I have just the translated one of Misao. There is also a cool horror game called "Mermaid Swamp", it's really a masterpiece.
Pages: first 12 next last