Close
"Time you enjoy wasting was not wasted." 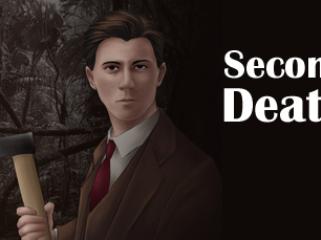 After crash-landing on a strange island, a Chicago cop must face horrors of the wild to save his loved ones and himself.

02/13/2016 04:46 PM
Hi all, I've been working on a game called Second Death for about three years now and it's very close to release. I've already put it on Steam Greenlight and received a lot of feedback from the users there. One of the main complaints is that it uses the well-known Mack tiles, which makes it immediately appear to be a generic clone, and could potentially discourage player interest. Check out the trailer and you can see what I mean:

While I think the tiles are fine, I know they're overused and would love to have a talented spriter create some replacements to give the game its own style. Since the game is 99% complete, I can write an exact list of the tiles and sprites required. I don't have a huge budget, but I would be glad to work out a good price for this admittedly sizable overhaul to compensate for the work.

For a quick idea of the scope: Second Death has 7 environments, with ground/water tiles and unique static sprites (rocks, plants, etc). A side goal of this overhaul is to darken the palette a bit -- another critique of the game is that the custom red/black noir scenes clash with the brightly colored Mack tiles, and I agree.

If you think you can help with the last step of this nearly finished project, please reply below. Thanks!

Anyone up for a game feedback trade?

09/18/2015 02:59 PM
Hey all! I've had my head down for a long time working on my new project Second Death and it's finally at a state of semi-completion where I'd like some testers and feedback.

I had a nice experience on RMN with my last game Tiamat Sacrament by offering to trade playthroughs with other developers needing feedback. So... anyone up for a trade? Not expecting to get or give a formal review (unless you want me to submit it as one) but rather informal feedback on the game.

A bit about Second Death: It's a survival roguelike that takes place in an island off Cuba's coast in the 1950's. Scrape together food, shelter, and equipment to make the ascent from a beach to reach a volcano's peak.

Reply with your project download link and we're in business.

07/14/2015 06:56 PM
I'm torn on a particular game design decision for a top-down RPG with touch encounters: After you've cleared enemies from an area, would you prefer if they stayed dead? Or would you prefer to fight more enemies after a certain amount of time?

My options are
1.) Respawn all enemies after a night's rest
2.) Give them a % chance to respawn
3.) Leave them dead

I'm inclined to respawn them, since that gives a chance for more experience and resource drops, but sometimes it's a bummer to see hard work get undone if the enemies pop back in place. Is there another solution that's not on my radar?

I hate the 'Miss' mechanic

04/21/2015 04:49 PM
In every game I've played since childhood, nothing has frustrated me more than a basic attack missing the target. I don't believe it adds anything enjoyable to the experience. It doesn't mean my tactics were necessarily at fault, it only means that a random roll of the dice have, at best, caused a turn of delay, and at worst, caused me to take more damage than I was counting on and lose the battle.

I'm definitely not opposed to variable damage in the mix, and for to some attacks doing less damage to certain enemies (especially when those resistances are opaque). In the game I'm working on currently, it's impossible to miss -- if you time the hit correctly, you can only do EXTRA damage. Enemies can still miss their attacks against you though.

What do you think? Is there a good reason to have simple attacks miss?

Looking for battlebacks for several environments

07/12/2014 10:05 PM
Does anyone know where I could find some battlebacks for sideview battles? The same kind that come packaged with RPG Maker, except I'm using Game Maker, so I'm looking for some with open terms of use. I'm looking for plains, forest, volcano and other environments.

Seems like something that would benefit many games, so I was surprised to have so much difficulty finding them. Please let me know if you know where I can find something that fits the bill.

Looking to hire a pixel artist

After a long hiatus, I've been bitten by the game-making bug again. I've spent the last year tinkering with the systems for a new project I've called 'Absolution.' Title screen below: The game is still in its early stages, just starting to become playable. I've been using VX placeholders just to have something, but I'd like to commission some custom walking and fighting sprites for several characters.

At least one static enemy sprite.

Sprite for a crashed plane.

This is the minimum I would need for playability, but I have other assorted requests I could include if you're up to it. Message me and I can provide more details on these sprites.

Show
This is paid work. I don't have a lot of money, but I appreciate quality and this project is important to me. Message me and we can negotiate a fair price.


A little bit about the game

Absolution is a survival roguelike, taking place in an island off Cuba’s coast in the 1950’s. The protagonist, a Chicago detective named David Harris, crash-lands on the island on the way to bring his own brother to justice. He must scrape together food, shelter, and equipment to make the ascent from a beach to reach a volcano’s peak.

The story is told gradually as the David climbs through each environment. It's almost impossible to win in a single run, but death is part of the game -- one piece of equipment can be passed to the next attempt along with accrued skills and experience. With randomly generated terrain, enemies and bounty, each run is a fresh challenge.

Please send me a message with any questions or to express your interest. I know we have great artists in this community and I would be honored to work with one of you.

Returning after a long hiatus

09/20/2013 07:44 PM
Hi all, Drakonais here. The real world took its toll and I dropped off the face of RMN for a long while (2 years almost?). Things have settled down now and I was thinking I'd like to make my way back into the community.

I've shifted my attention from RPG Maker to Game Maker. I was never able to grasp RGSS3 but I've got a much better handle on GML. Still just toying around, but maybe I'll have a game to show off in a while.

RMN looks great! Congrats to all the users and mods that keep the site alive and thriving. Looking forward to seeing the old faces and meeting the new ones.

08/16/2011 06:40 PM
I understood pretty well all the things that cause lag in Rm2k3. But as I've continued to work on my project in VX, things have been getting slower and slower and I'm not familiar enough to know what's causing it. It's strange: it'll run at a fine pace until it start stuttering for 3 or 4 seconds, then everything accelerates back to the way it should be. This happens every 20 seconds or so. It's bearable for development, but I would never publish something like this.

It could be that my computer is just 5 years old and it's to be expected. Anyone with ideas? I'm thinking it's script-related, I'm using several custom ones including Yanfly's Melody. My computer runs the Melody demo smoothly.

03/22/2011 05:02 PM
Does any remarkable VX scripter know how to make a picture appear over another? I've fiddled around in the code enough to get a picture to appear where I want it, but it appears under other pictures and I'd like to get it to appear on the very top.

It appears under a picture created just before this one. If possible, I'd like it on top and also under the user's selection box. It's a decorative element, but the effect would be great. Thanks.

03/06/2011 04:53 AM
I'm using Yanfly's Melody battle engine, the active-time battle type so you can see how soon enemies/allies will be executing their actions on the time bar. I had an idea for a skill called "Gravity Sink" that would pull the enemy to the center of the bar (for example, if they were at 0%, the skill would pull them to 25%, but at 75%, it would pull them to 60%).

I know how to use conditionals in the noteboxes of my skills, but does some veteran Melody user know the script call for 1.) Fetching the target's current ATB % and 2.) Adjusting that % so it resets on the bar?

EDIT: I've been taking a few shots in the dark. Running "script: target.atb_speed = 50" as part of a skill's actions pushes the target to the very beginning of the ATB bar, but I've yet to figure out how to set it to specific points. Any ideas?
Pages: first 1234 next last