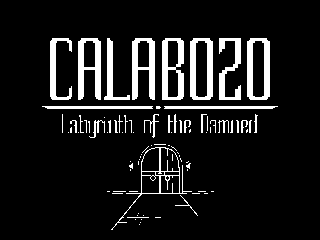 An odd way to start.

author=Cernus
Thanks very much for playing. Sorry you weren able to get very far.

Skidds' motivation for murdering Vinae is explained in the introduction - due to Vinae's incompetence the party have had to use all their recovery items just to keep him alive so Skidds decides they are better off without him.

The Escape command can be found below the Item command.

I think the problem is that the scene that plays when you exit the cave tells you "go back, you will not find anything outside"

The same happened when I played, died in the cave, but I restarted and found the rest of the game...

The legend of Zelda LP

Good luck with your game, is looking pretty good

Without personality a game is empty

author=Link_2112
So, it seems like I'd have the same things to say about the game as Liberty. Do you still want me to do a video? I could do a video if/when you update the game, or if you make a different game.

I would suggest updating the game based on Liberty's feedback rather than giving up on it. It might be a better exercise because you'll find out if you can actually resolve those issues. You might make a new game and end up making all the same mistakes.

Well, the game is much different from when liberty made this video, if I update the game I would only add more levels, I want feedback on the balance

The legend of Zelda LP

author=Link_2112
haha This isn't your grandpa's Zelda game. That push statue puzzle is hard, but you can see the reward at the top. The blue tunic. So it's optional. That was the upper room, you didn't do the puzzle that was in the left room. You walked in, tried to push all blocks except the one that moves xD, then left and never came back u.u That's the room that has the key for the dungeon, you can see it on the far left. And I mean, every room has a purpose so you shouldn't not finish one. Could you go back and try again? You're missing most of the demo.

Huh, I thought the blue tunic would let me push the blocks on the left room, I will try again tomorrow, thanks!

author=halibabica
Oh, geez...I don't know whether to laugh or cry. This game is so old...thanks for giving it a try, at least.

Hey, for an old game, the writing was pretty good, I should give it another try in the future

Without personality a game is empty

Yeah, I made the game simple because sometimes I get ambitious and I never finish the game (but maybe it is too simple)

I began to work on the game around the 18th and on the 26th my pc crashed and I had to make the game from the start, that's why it is too short (originally it was about a group of friends who are bored and want to go on adventures)

The characters are supposed to be without personality, maybe a "make your own team" option would be better but, again, I want to keep it simple

English isn't my first language, I use google translate for the text on the game

Btw, can you explain about the rng for the battles again? maybe send me a pm? I will try to make the battles harder but less common
Pages: 1