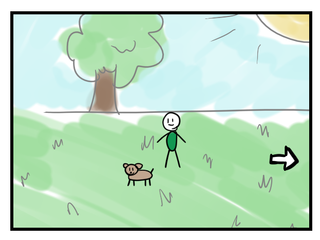 06/07/2020 08:30 PM
Things got a little confusing but one thing is for certain, Cave outed themselves as Scum and I think it's a pretty safe bet to lynch them.

Cave probably outed themselves because they wanted to divert the attention away from the Strongman, they're probably the scum Coroner. The next day will be the most important to determine who's the second scum, and while I have a hunch that they're Ozzy we can never be too sure in this game.

06/03/2020 08:13 PM
I agree with the no lynch plan. The cop and coroner are such a strong asset and I don't want to run the risk of accidentally killing them on the first day (plus the chance of dying on the first night). Let's play it safe for now, as soon as we get more information we can start pointing fingers.

DOWNLOAD: Right here on RMN! Click here to check the game page for all the descriptiony stuff

DESCRIPTION: This the earliest RPG Maker game I've made that still survives to this day. The game before that (The one that this "reimagining" is based on) was uploaded to RMN before but it got bugged and rather than try to fix it I decided to just delete it because I'm a bad developer.

I actually like some aspects of it! A simple game about exploring a cave with random monsters that talk and with pieces of comedy is fun. And this was before Undertale, heh. And my mapping wasn't as awful as I remember? Though the balance is horrid, many jokes are awful, the dialogue is stiff and awkward, and stuff just happens without a reason. Still, this is one of those games that I would love to revisit some time, maybe just polish some stuff here and there (Again) to make it more playable and finally change out that Tsukuru 2k3 to switch to the modern version. Or heck, do it all over from scratch and amp up everything. More personality, more places to explore, more everything.

As mentioned before, I had many games before this one, but most of them never a playable state or even saw the light of the internet. So many games deleted over the years: from random games where I just threw shit at it without rhyme or reason, to Castlevania fan games, to awkward non-games made in RM XP, and even some badly put horror games and zombie games with questionable difficulty? I wish I could say that I got a lot of experience from them and now my games are amazing, but it almost feels like only really started to learn the ins and outs of RM this past year. And there's still a lot to learn! 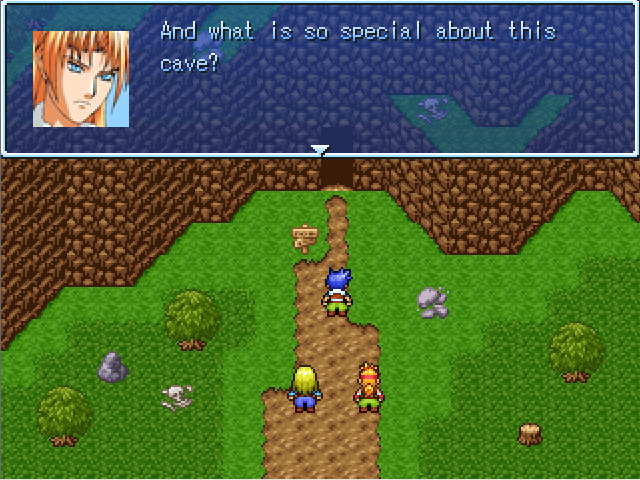 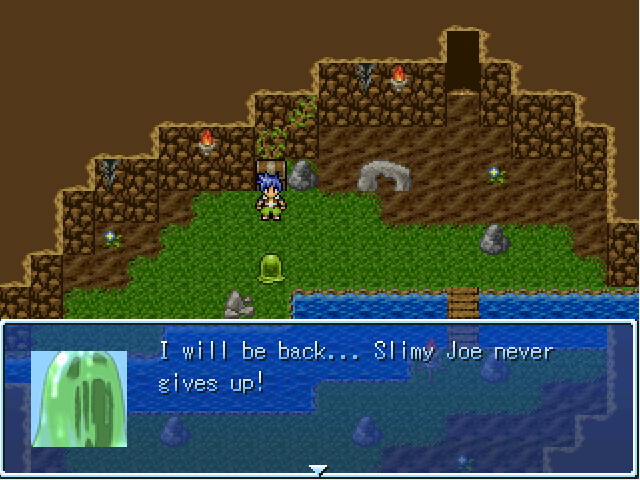 DESCRIPTION: Here's the other side of the coin! After getting frustrated with how poorly received rpg maker was and having to use pirated versions because I never could buy the official ones, I decided to switch to free engines. There were many options, Game Maker was a strong one but I couldn't get into the code back then so I never got far. It was then that I discovered Stencyl, which was free, easy to use and it could export to flash! Since I was a frequent user on Kongregate, a website full of flash games and small communities, it seemed like a no-brainer to switch to it! (It was before I knew that flash games were dying and that Stencyl is a steaming pile of shit).

Technically my first game on it is a Snake clone, but that doesn't really count since I just changed some graphics and added music to a copied and pasted freely available code from the Stencyl market thingy (A place where anyone could upload resources and make them available to everyone.) So the next game is the one that counts for me (even though I copied and pasted the movement code to, derp) and that is Doodles. A platforming game with a sketchbook aesthetic and cool music.

Look, the game is very barebones, the graphics repetitive and it's clearly unfinished with levels I just threw in because I thought they were cool. And you know what? I still like this one, it has that certain charm. This is another game that I wouldn't mind revisiting and making from zero, playing more with the sketchbook theme.

After that I made some more games: Raid, which I tried to get more creative by adding shooting and enemies all by myself... but the game is so damn dark and hard that it plays worse. And Pinkie Jumps, an MLP game that also sucks and that I uploaded briefly to RMN before I realized it was utter trash and then quickly deleted. Both games are also playable on Kongregate.

I'm sure I'm missing some other side projects but these are the ones that come to mind right now. I haven't touched Stencyl ever since or any other non-RM engine (Though that may change with Game Maker soon.)

author=Craze
that is indeed an antiquarian, the class that makes you rich and makes it easier to progress in the game

i think the issue with generalists in most games is that they aren't needed to conserve resources or fill roles. red mages/wizards were great in ff1 even if they fell off a bit at the end because they could heal, they could take a hit, they could deal a hit. lategame they can still temper/haste your monk or other dps. this works because the whole point of ff1 is resource conservation -- the red mage, despite being a generalist, is a release valve. no matter how much the black mage wants to, he cannot heal his allies.

I agree with you on blue mages, because they need in-depth knowledge of where to get their skills and how they work. Sometimes requiring extra work to include them in your party for casual playthrough. And if you have access to that knowledge you can find better strategies anyway. The concept is fun, use the skills of your enemies against them, but it doesn't work all the time (Also related. The Beastmaster job in FFV and Gau in FF6 suffer the same problem)