is officially a failure. Fancy making a game in a couple of hours and submitting it to the hbg contest? Highly likely to win. I extended the deadline to 23:59 in the last timezone just in case that's why nobody's submitting, so you have like 14 hours.

Please tell me this is sacrasm? It's up there on that banner at the top of the forums, and has been for well over a month.

It's sad to hear no one's submitted. =/ I didn't have anything to submit due to personal distractions, but I kinda wish I did have time to put things together.
Ellie Jane 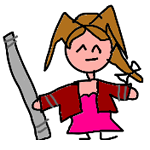 I have purchased another key and have a key for Multimedia Fusion, too, so will be running a better thought out contest later in the year, hopefully one that's easier to enter and more inclusive.
Liberty

I'd also recommend timing it to just after an RMN event so that those who missed out on that event can jump into something new - and it'd not be out-shadowed. At least, if you're aiming for RMNers to join in. ^.^;

Some other sites to show off include RMW and RMRK. I know that those two are both forums that are pretty lively. Not sure about other places, but RMRK did recently hold its own contest (as did RMW) so it might have just been bad timing. >.<;
Pages: 1