Makerscore is a structural weakness.
12465

Close
Hi I'm Fomar0153, I've been using RM for around 15 years (beginning to feel old). Mostly I prefer to focus on the gameplay aspects when making games. Will do almost anything for makerscore. 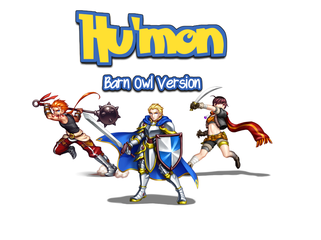 Play as a Barn owl who sets out to become a Hu'mon master.

Phantasy Star Online Episode 1 & 2
While I already marked this as complete because I originally just wanted to do normal and then call it a day... I got sucked back in, just reached ultimate (top difficulty).

Phantasy Star Online Episode 3
I've done one more battle... oops. Unrelated to this though I did rip all the card images ready for a pc demake version I would love to do at some point.

Timesplitters 2
Completed story start to finish, and did a lot of the challenges and arcade missions though not all. Without the multiplayer this was quite short lived.

World of Warcraft
I'm falling out of love with my main (Warlock) so have levelled my 13th character to 120 - a second Druid, my original Tauren Druid before I was seduced by dinosaurs. In two weeks I have virtually caught up on item level (4 less) and overtaken my main's heart of azeroth level (mostly because island expeditions are vaguely fun on a tank spec). My only issue is essences though I have most at level 1 now and a few at two. Regrinding them sucks.

It's not too late, we could add another 40 encounters to it!

Hu'mon link not appearing in the Spotlight / Hidden Gem section on front page?

If it is the apostraphe would be nice to see it fixed before the next game with one in the title.

author=Liberty
Best Game Title
The most clever, original, witty, or cool game title of the year.

Best Game Profile
The raddest presentation and marketing of the game.

Leave as they are.

Summoner of Sounds
The best soundtrack and creative use of sound.

Excellence in Narrative
The project you think is most effective at telling its story. Think in terms of its presentation, writing, clarity, cutscene direction, or Shyamalan twists.

The "How the Hell Did They Do That?" Award
The game that displays the most technical prowess and feats of ingenuity in gameplay.

The Dark Souls of RMN
The game that delivers the best challenges or coolest puzzles.

These are the best of; graphics, sound, story... then the final two are blurry. I'd change them to best gameplay and best puzzles. Difficulty has always been really subjective and hard to judge, tying it in with gameplay also muddies what the award is about. By all means have a Dark Souls misao but untangle it from gameplay. I'd also love to see the technical prowess become it's own misao without reference to gameplay to give scripters their own award as there is for artists with eye candy and star stealing prince.

Personally I'd drop this misao, fan games have always been a grey area and good ones seem to be dmca'd.

author=Liberty
Punniest Game Alive
Comedic game of the year. Pick the funniest game you played this year, with the best humour and/or the best/worst puns.

Trippiest Game
The game that was most strange, bizarre, psychedelic, offbeat, and quirky released this year.

Both fine as they are.

author=Liberty
Year of the Hedgehog
Best use of animals/doggos/pets/hedgehogs/lobsters in a game this year.

Best Event Game
For the best of the event games that came from this year.

Revive Something Award
Given to the best old game that was finally finished this year.

"Everlasting Journey" Award
The game that has the most content to offer.

Best Non-English Game
Given to the best translated or non-English game released this year.

Most Promising Demo
The demo released this year you think has the most potential to be amazing.

Game of the Year
The absolute best game you played from RMN for the current year.

All fine but maybe add a best short game to parallel the long game. I'm all for a staff picks or an elected judging panel who commit to trying all the games (say there were 6-7 people on the panel, each award would have three of them, so the artists choose best eye candy etc).

Also the biggest change, the ability for staff to remove innapropriate nominations, anyone in a years time who checks this year:
https://rpgmaker.net/misaos/2019/
Will see:
Theia - The Crimson Eclipse

As the winner of year of the Owl.

Phantasy Star Online Episode 3
Nearly finished the Arkz story then I have the hunter side. So I'm just shy of half way.

Digimon Cyber Sleuth
I'm on chapter four (no idea how many chapters) and 189 hours in! Apparently the game time keeps passing when the switch is on standby. Has done wonders for the digimon in my farm.

01/25/2020 05:06 PM
I was dissapointed partially because I thought all the dlc characters (bar pre-order) were going to be from new games. Part of me is also dissapointed at the choice of Fire Emblem character, I've played a couple of the Fire Emblem games and I just feel like maybe someone more interesting fighting style wise, like one of the Pegasus knights (I hope I got the name right), or an archer would have brought something new gameplay wise.

As for what I'd like to see, I'd love anyone related to Golden Sun. Which I don't think feels that likely.

As for what I'm expecting:
Another Pokemon, probably Rillaboom. Don't get me wrong I love Pokemon but I have plenty of choice and I'd rather see someone more interesting.
Something from Capcom, Dante or someone from Resident Evil.
Given the outcry for Waluigi and that this fighter pass wasn't originally planned I could see them adding him.

But what maybe should concern us more, is who will stay for the next Smash Bros? I could easily imagine Super Smash Brothers All Stars next with a severely reduced roster.
Pages: first 1234567891011 next last