I'm a composer living in Germany and I'm a huge fan of indie games. I especially like RPG Maker games. One of my biggest inspirations is Joe Hisaishi. I'm already active on the German RPG Maker VX Ace forum. There I'm part of the Ressi team where we create resources for the community every two months.

If you're in need of a composer then feel free to visit my website! You'll find my demo reel there and infos about me and my music.

Original HQ Music needed for your Project? (RF music inside as well!)

09/13/2017 12:43 PM
Hey, a fellow German composer! Your work sounds great, I especially love your pieces that you recorded with the Budapest Scoring Symphonic Orchestra. It will probably be hard to find clients that are in your price range on this forum since most people on here are hobbyists but some more serious game developers check in from time to time. I wish you all the best, your music is definitely awesome ^^

01/09/2017 09:35 PM
Oh man, I seem to have unsubscribed myself from this topic by accident, so I didn't get any of the news till now ;_; But it's good to see that with the help of NeverSilent this was concluded in the end. So thanks you a lot NeverSilent and kentona! You're awesome!

01/02/2017 02:32 PM
Man, this game meets all my game-fetishes. Colorful art, yet with a dark mysterious flair and lots of surrealism. I'm going to play the hell out of it as soon as it's released

Composers- how do you charge?

08/14/2016 05:15 PM
It definitely differs from composer to composer. Most charge per minute. Additional costs may arise depending on how many instruments you want to have in there (since composing for a whole orchestra is understandably harder than for a solo piano). I for example start the bidding at 50$/minute, no matter how many instruments are used. But it can be anywhere in between and beyond 100$ and 10$. Composers for bigger studios get 1000$/minute by the way, but since you're an indie developer I doubt that you would want to hire those. How much you want to pay just depends on how serious you are with your project.

You should just remember when choosing your composer: 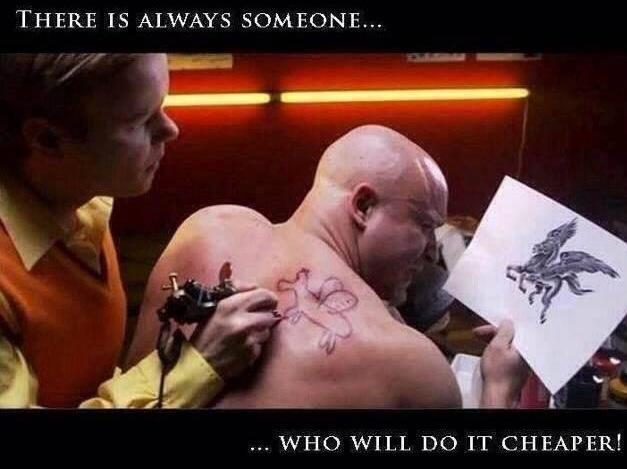 @pianotm
Show
Surviving the Attack:
This really has a boss vibe, especially because of the trumpet. I'm not a fan of MIDI sounds to be honest but you made it work! I could imagine this in an older FF game.

Show
Almost There:
I love the guitar in this one. The bends are awesome! The only criticism I have is that it's a little too repetitive. Some variation wouldn't hurt. Here, have a star

Bye:
Just as good as the last one. I could hear what you meant when writing that you really enjoyed composing these pieces ^^ The piano is a little loud and the sax a little too quiet but the rest sounds awesome

@Niyane
Show
The bells give this piece an end boss vibe. I should have used some too now that I think about it. Alternating the volume of the drum hits would have improved this track in my opinion.


@Beaker
Show
Battle 1+2:
These are too calm for my tastes to be battle themes. This would rather fit to one of those battlefield overviews in TRPG. They are also reall similar to each other. But they are still pretty nice composition wise.

Battlefield Strategy:
This one does fit pretty well to those TRPG battle overviews as well, just as you intended. I'm personally not a fan of pieces that stay in the background and are therefore less memorable but I'm pretty sure that most people would like this.


@Shade Hunter
Show
Enemy Encounter:
I could see this in a fantasy JRPGs like White Night Chronicles. Especially the Xylophone/Marimba (not sure which one you used) is great. The piano sounds a little too lifeless though in my opinion. Mostly because every key hit has the same volume. If you don't have a MIDI cable or a keyboard/E-piano to record it yourself you could always randomize the velocities and then make adjustments.


@ResidentEcruteak
Show
This already has a nice boss feeling. Some notes sound off though. I would advice to check if any notes played at the same time by different instruments produce weird dissonances and if they are always in the same key.


@Cats777
Show
The melody is really cool! Reminds me of Megaman for some reason. The synth that's playing the constant 16th notes (?) adds a lot of consistence to this track. As a tip: you could have added different melody instruments other than the E-Guitar to get some more variety.


I'm surprised at how many people made MIDI sounding pieces for this chapter. Or maybe I hust never noticed it.

Here's my piece for this chapter: Epic
I tried to make some Epic (yep, the name of this piece is pretty creative) since I wanted to try that out and because it is pretty useful for making trailer music.

05/18/2016 02:15 PM
@Team Koi
Show
This is honestly a really good composition in my opinion, although it came a little to close to pirates of the Caribbean at some points. I especially like the contrasts between the rhythmical parts and harmonic parts, like at the very beginning in the first twenty seconds for example. It loops pretty nicely as well. The snares are just a little too loud, especially the roll.
@Cats777
Show
This piece really does a great job at mimicking a real orchestra. I really like the melody as well. I just started playing “White Knight Chronicles” and could totally see it in there. The only point of critique I have is that the biggest part of this piece consists of this one melody which might make it too repetitive after a while. Making the piece a little longer and varying/transforming the melody might get rid of that.
Here, have a star ^^

@Shade_Hunter
Show
I’ll definitely watch the stream recording when I have time!
This one has a nice atmosphere and nice melody progressions. It does sound a little chaotic at some points though because it feels like the instruments are battling each other instead of complementing each other. Some accompanying instruments, especially the strings, are too loud and therefore interfere with the melody instruments. And my left ear hurts from the intro, but that’s just because I’m wearing headphones ;_;
I just started to get into making metal again, so that’s quite a fortunate coincidence. Just wish I already had “Ministry of Rock” ;_; The introduction really got me hyped for making this piece, so I'll give it my all!

Took quite some time to complete this since I had lots of other things to work on this month. As soon as I have time I will also make sheets to provide the full experience of reading along while listening to an orchestral piece. Feedback would be appreciated as always! I'll provide some feedback myself in the next few days.

author=Beaker
and they're taking up a lot of memory


Same here. Well, it's not crashing in my case but the sound is lagging a lot due to the memory issue which means that I can't listen to the piece while I'm composing it. That's why I'm always splitting it up into smaller parts. This works since I never use all instruments at once. Maybe you'll be able to make it work this way.