My real name's Paul Dela Cruz. I live in central Florida, and I am currently attending community college here. As for my hobbies and aspirations, I love to design computer games in my free time. My longest game project published so far is called Sword of Light III. My most recently published game project is called Blox Trapper, and it is a mobile game that has been published to the Google Play Store. 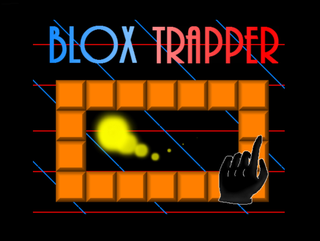 When you get the .dll file, try pasting it inside the System folder of the Sword of Light III V2.0 folder, then try running the Game.exe file again to see if it works.

Send me a message regarding your play status after following the instructions above. I am terribly sorry for your inconvenience.

I have been making and publishing games for a while now and it really makes me so glad to hear that I have positively influenced at least one person's life if not just for an hour or two. Game design has been my passion for many years and I have spent a lot of time learning the different features of the RPG Maker engine. Working with the engine and designing enjoyable games has been an amazing experience for me, but just as important is the people who come and sacrifice their time to just try out my RPGs and play them. I sincerely appreciate you taking your time to try out my Sword of Light games and the good review you gave for them. I truly hope you stay tuned for more updates from my Sword of Light III RPG and I just want to wish you an amazing rest of the week. You are just awesome, man. :D

author=Vampire
I just tried your game and thought i'd give you some kind of feedback.
While the plot is kind of cheesy, it's acutally a little funny and suitable for a 10 minute playthrough
I liked how you simulated some 3D effects by combining 2D pictures.
Fighting through the corridors was (supposedly?) easy, but regardlessly fun playing. The Endboss was quite tough, because of two reasons: Reflecting the plasma balls with your bullets while shooting the health packs is really difficult because of your own bullets moving sooo slow. That's a downside of the programming. Secondly, you can't shoot the health packs on the left side of the screen, because your bullets don't reach that far. I died several times because of this when multiple health packs spawned on the left side in a row.
What i really liked about your game was the coice of music. It was catchy and fitting the situation.

Thank you for the constructive feedback, Vampire. My teammate David Turbides actually composed the catchy music, alongside his funny plot and story for the game. I'll take this feedback to him when I have the chance.

Now, regarding the programming that I implemented to the game, I am pleased to hear that you liked the 3D effects of the game. It was fairly difficult trying to combine the 2D pictures together to make it look 3D, so to hear that it was a good concept tells me that my hard work paid off. :) I acknowledge the fact that the bullets weren't quite reaching the health packs on the other side of the screen. I tried fixing it but given the time me and my group had to finish and submit the project, I was unable to really fix all of its bugs. I'm also sorry to hear that the bullets were not shooting at the velocity that you found desirable. I should've tweaked that variable a bit higher. Overall, however, I hope you enjoyed the game despite its bugs and glitches. Your comment was very constructive and that's the kind of feedback I'd love to hear from all my players. :) I hope to hear some more reviews from you on my games again soon. It really helps.

06/30/2013 03:24 AM
I truly apologize for the misunderstanding. Thank you for clarifying me of your previous statement. I didn't mean to sound too presumptuous.

I'm not quite sure if you thought of that term because you were merely thinking of a dirty pun to say in this circumstance, or if you harbor some negative perceptions towards me and my group's game. If you dislike me and my group's game, then I suggest you create constructive feedback on what parts you didn't like. Maybe tell me what to change so I can use that advice to be a better game designer in the future?

Did you play the game yet? If so, did you like it? Tell me which parts you liked. If you hated it, tell me which parts you hated. If you just say that the game is "Operation: Bulls**t", it doesn't really tell me anything about what parts can be improved in the game. I know you mean well, and there might be some things in the game that are quite "s**ty", but next time, try directly telling me what I should or shouldn't have done with the game.

Anyways, I hoped I answered your question. Sorry if I sounded too defensive. Reply again if you have any more concerns.

12/27/2012 04:25 PM
Hey, guys! I uploaded the download link now! I'm so sorry it wasn't up yet before! I thought I had already added a download link to it in the past, but I guess I was wrong, heh. I hope you enjoy my game. :) Any positive or constructive feedback givenwould be fully appreciated.

11/26/2012 01:54 AM
This RPG looks very good, considering the fact that it uses RPG Maker 2003. Have you ever had prior experience with making role-playing games? I've only seen the screenshots, and it has pretty impressive graphics.
Pages: 1