Close
I don't get much sleep. 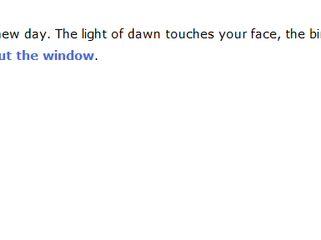 06/14/2018 05:07 PM
I'm looking for an RTP-ish charset for a generic sci-fi looking badass. Think black coat/cloak, head obscured by hood (or scarf), goggles a plus but not really necessary. It's common enough archetype that I'm pretty sure somebody has to have made it already, so if you've got some old resources that fit the description, feel free to post it. All I ask is that you're sure they're available for free, non-commercial use. (I'd use Charas Project for this, but I'm a little wary of the rights for some of their parts in their character maker.)

[RM2K] How easy is it to switch from the pirated version to the official version?

11/12/2017 09:32 PM
Assuming my game has all the files it needs, how easy is it to switch from the pirated to the official version of RM2K? I'm thinking of switching over my current project to that.

12/14/2016 12:23 PM
I'm making a Christmas game in RM2K for another forum, and tearing my hair out trying to find some good Christmas graphics (chipsets, charsets, whatever). I'm using REFMAP, but I'll take anything I can get. Thanks in advance!

10/16/2016 02:34 PM
So I created a door. And I tried to make it face it up with the Move Event command, but it isn't working. Every other part of the event still works, it's just that the door stands still. Here's the full event: It's not really a big deal, but it does look pretty weird in-game. Can anyone tell me what the problem is?

See, I'm using this one character, the purple-haired witch girl, as this sorta delusional teen witch who wants to be more mature than she really is. If I were a weeaboo (which I sort of am), I'd describe her as being chuunibyou.

Unfortunately, her face in the RTP (shown below; second character on the second row) looks a little too mature for what I'm going for. In-game, she's supposed to be pretty young, in her teens, but the gal in the set looks a little older, like she's in her twenties or thirties. I've thought about trying to pass it off as her wearing a lot of make-up, but I think I'd prefer to alter the faceset, instead. I think I know what the problem is (it's her eyeshadow and lipstick, probably), but I don't have the pixel art skills to fix it myself. That's why I'm asking one of you guys to help me. (Also, I am enchanted with the idea of giving her a :T face, so that would also be appreciated.) 10/11/2016 05:04 AM
I've never used any of these programs before, so most of this is completely new to me. Does it bundle up the game with the RTP? (If so, it'd be particularly convenient for me. I wouldn't mind exporting all my files if there weren't so many damn sounds.) Also, I hear it's bugged for the illegal version of RM2K. How so?

Stupid stuff from your childhood that nobody else remembers

03/07/2010 08:40 AM
So last year I started to get curious about a TV special that was very important to me as a child called the Wizard of Oz in Concert, a cheesy tv benefit special that my family had on tape. Over the years we had lost the tape, and it didn't seem to be on Youtube, so I decided that I would ask other people on the internet about their opinions on the Wizard of Oz in Concert, to live vicariously through them, I guess. Unfortunately I really overestimated how much other people remembered cheesy TV specials, and everybody made fun of me for prefering a TV special over the actual Wizard of Oz, culminating in the following:

Look, you guys, the reason I remember this movie isn't because I lived a deprived childhood where the only things I could watch were TV specials on basic cable. I watched all the movies you guys watched! Heck, I even watched the original Wizard of Oz! But Wizard of Oz in Concert always held a special place in my heart, because it had TIMON FROM LION KING as the Cowardly Lion, and the guy playing the Scarecrow LOOKED A LOT LIKE MY GODFATHER, and as the Tinman they had a ROCK STAR THAT I KNEW NOTHING ABOUT, BUT APPARENTLY MY MOM LIKED HIM FOR SOME REASON?

So, yeah. Anybody else got any stories about stupid stuff nobody else remembers?

09/09/2009 12:41 AM
So I was thinking that competing to see who could make the best adaption of a rock opera would be pretty fun. There are a lot of rock operas to choose from (Tommy, Jesus Christ Superstar, and Ziggy Stardust being a few of the most famous), and it's a fun subject to work with. And if we're worried about litigation or whatnot we can restrict the comp to pastiches or parodies.

So what do you guys think about this?
Pages: first 12 next last