Close
My name's Kasey Ozymy. I'm a writer/musician from Texas. I call myself this even though I haven't made a dime from my work.

Check out the progress for Jimmy and the Pulsating Mass here:
http://jimmyandthepulsatingmass.tumblr.com/ 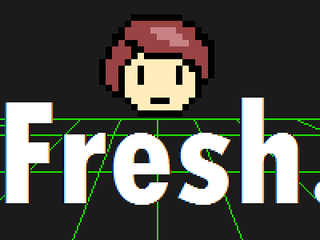 Jimmy and the Pulsating ...

One day, Jimmy looked inside.

11/20/2018 07:18 PM
First off, if anyone can fix this issue, I'm willing to pay or trade favors or something. Just let me know your estimate (or what you want from me) after taking a look at the script.

Here's a link to the script itself for reference.

So, this script has been a blessing and a curse. For those not aware, this script allows larger sprites to function with the appropriate priority if they're, say, walking under a tree tile (as in if they're in front of the tree, the treetop won't overlap the top part of their sprite, and if they're behind the tree, the treetop would overlap them). This is basically a necessity for anyone working with sprites that are over the default 32x32.

Anyway, the script works by duplicating an "above" sprite over your own sprite when you're below tiles given the specified terrain tag. This functions well, but it also causes a fairly significant dip in performance. I don't mind this for the most part, but, for some players, this will crash their game, either when the script is actively working or after playing the game for a few hours.

I've tested the script on a clean game file and the performance dip wasn't as significant; this was with all my other game scripts running, so there's no script conflicts. I've also tried testing this on a clean map in my game project, and the performance dip is about the same as a fully populated map, so I think the issue might be the sheer size of my game; when the script is active, the memory usage seems to double and even triple, so with a small game this was pretty insignificant, but when your baseline is 250mb, it can start to spiral out of control. At least that's what I saw in my tests.

Since I can't shrink my game, I'm curious if this script can be retooled to be more performative, or, barring that, I'll take any feedback I can get. I've been pulling my hair out over this for months.

09/08/2018 04:41 PM
I'm curious if there's an easy way to place a second of silence during the battle transition so that the sound effect leading into the battle plays cleanly (without the battle bgm playing over it). I've been able to do this the ghetto way by adding a second of silence to each battle track and then having the bgm loop point after that silence, but I've been trying to run the game through a program called mkxp, which doesn't recognize the nonstandard loop points. I assume that the answer is here under Scene_Map:


I just don't know if there's a command to delay the battle bgm from playing for a second as the sound effect is going.

10/03/2016 07:00 AM
I needed to find some audio clips for a song I'm working on, and I found a site that some people might find useful--or at least interesting. It's a database of old advertisements, mainly from the 50s and 60s (there's a decent chunk of 70s ads, too). The cool thing is that a lot of these are common domain now, so you can dissect them however you want and work them into your own art/videos/games/music/etc. Here's the site:

I haven't looked at anything other than the advertisements, but it's just part of the internet archive, which I'm sure has all sorts of stuff. About the advertisements, though, it's kind of an interesting peephole into the weirdness and stupidity of the past. Some of my favorite ads are old cigarette ads, like this campaign from Virigina Slims where they tried to co-opt the women's rights movement in order to sell cancer sticks. Or, there was this one, where Dial has a bizarre prize for a contest.

Hope you guys find this interesting and/or useful!

06/15/2016 07:02 PM
The control scheme in the Game Properties window (accessed by pressing F1 mid-game), is pretty convoluted for a player unfamiliar with RPG Maker. I'm wondering if it's possible to relabel "Button A," "Button B," etc. into more immediately understandable things such as "confirm," "cancel," and so on.

I've been looking for scripts to do this, and I haven't seen anyone ask for this specifically, but I have seen some similar requests, and modifying the game properties window seems complex. Is this going to be something I just have to stomach or is there an easy way I can relabel these things?

06/18/2015 04:35 PM
This game is a guilty pleasure of mine. It's a Korean MMO that combines RPG elements with brawlers, which is a pretty sweet combination. Basically you bash stuff up, get gear, and bash new stuff up.

05/01/2015 03:34 PM
So, Grooveshark finally crumbled from legal pressure. I routinely listened to it as I worked, both with my job and whenever I worked on games, and I heard a lot of music I never would have been exposed to, which, regardless of legality, was a good thing. There are other services like this now, so I'll move on, but I'm going to miss it.

You can export text files of your playlists. It's going to be a pain in the ass to recreate these in Spotify (or whatever you move to), but it's something. I'm not sure if the lists are complete or not; they're kind of jumbled up, so I can't tell at a glance. The songs I spot-checked are all there, though. Also, if it can't retrieve one of your playlists, try again later. The two of my playlists that didn't load last night loaded fine this morning.

Can't get CSS to work

Having trouble getting a "taunt" spell to work

The thing is, this method works fine on the project I was working on before I started my contest project, so I suspect that one of the Yanfly scripts I'm using is producing a weird conflict, because the character in first position is getting targeted exclusively by monsters after a different character uses the taunt.

I suspect that the core battle engine is overwriting the targeting formula, but I don't really how to look for that or if that's even the issue in the first place. Any suggestions?

Necessity of a Walkthrough?

01/21/2014 04:19 AM
A while back I had a request to include a walkthrough on one of my game pages. I tend to not like walkthroughs since the mere act of having one available tempts me to use it instead of figuring things out for myself, but I'm also not everyone, and I'll admit that I've relied on Gamefaqs quite a bit in the past. Anyway, I thought this would be a good discussion topic:

Should we feel obligated to include a walkthrough for our games?
Pages: first 12 next last