Close
Just a relic of a forgotten past. Pay me no mind. :P

If you want to add me on steam, just look for my name and avatar on there. We can play TF2. ;) 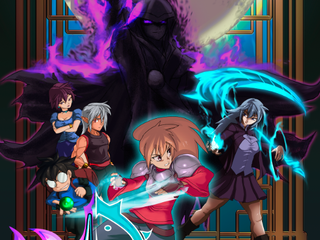 A platform style game reminiscent of games like Mega Man and Duck Tales.

A page leading to a dangerous site????

And for some reason, it changes the thing to https://rpgmaker.net/games/32/ instead. And Chrome gave me a Deceptive site ahead. Attackers on forums.ffproject.net may trick me into doing something etc, etc. I'm wondering if there is something wonky going on this game page or something, is it possible to be looked into? I wouldn't want this to start spreading to other people's pages, etc.

I even tried deleting the s on the url, but it keeps going back to this issue.

01/26/2018 09:27 PM
Hey there peeps, Jaymonius here with a request for a extra hand who is able to do some good ol' fashioned mapping. However, this isn't just any kind of mapping, it's essentially going to be mapping almost an entire game from one of my older rm2k3 games into a new format and new (and legal) tilesets setup on to RMVXAce.

You will pretty much get free reign on how the maps will be so long as they are remotely identical to the original, this project in mind is only on the fryer at the current time, and doesn't have to be completed ASAP as I'm currently working on Phantasia 6.

I am also willing to discuss a trade-off in exchange for helping with this in case you have something in your projects you'd like help with as well.

If anyone is willing to assist in this project, then send me a message if you wish, it's not a project I will be jumping to right away, but it's good to take care of the mapping whilst I take care of the other things during that time. Just bare in mind that will be at least 500+ maps that will be required to be remade in VX Ace, though once again I do mention I will be giving you freedom on how you will make said towns, dungeons, etc... for the most part.

But yeah, send me a message if you're interesting in helping out. :P

Hey there peeps, me again with some dire need of assistance. The first one I'm trying to tackle shouldn't be too hard, but I'm not a scripting master here, so...

I'm using Yami's Classic ATB with Theo's Animated Battlers, I have the ATB bar on the enemies, but I'm also trying to have it so the ATB bar can be on the heroes as well.

The other thing I'm trying to do with this as well is when either hero or enemy uses an attack the ATB bar will disappear during the attack animations and then reappear once the animations are finished, is there a way I can implement that?

The 2nd thing I need help with is that I'm doing a Magichange like thing for my game. (Like from Disgaea 3 and onward) Where the hero will fuse with his allies and turn them into a weapon, I got a good idea on how I can do it, but the only thing that I'd need help with is a targeting based script where you can't select the hero, but you can select your allies, because if you select the hero, the skill will do nothing. I hope I explained that right...

If anyone can give me some help with this, that'd be greeeeeat!

07/04/2015 09:49 PM
Hey there peeps, quick inquiry in regards to showing pictures on maps. I've never done this kind of thing before, but I am 70% sure it can be pulled off. But how would I go about showing a picture of say a floating castle at a certain coordinates on a world map instead of just showing up on screen?

I would assume variables would be the key here, but I'm kinda confused on what the math required to make this happen would be.

Pray I explained that right.

Think someone can give me a hand trying to make a DynRPG plug in that lets me carry two accessories. Like getting rid of the 5th equip slot and having only the 4th equip slot be in both the current and the fifth slot? Sorta like having two Relics to equip in FF6.

I hope I explained that correctly, but is there any plug in or something that can do that? D:

I'm horrid when it comes to this plug in stuff, and just started learning this n' that about this kind of stuff, but if I may request some killer scripter guy to be able to make a plugin the breaks the 9999 damage limit to say 99999 instead? :D That would be marvelous, and would be eternally grateful!

EDIT: Pardon my idiocy, I found what I was looking for, you may close this now. Perhaps I should be taking a look at the plugins a little more carefully.

12/26/2011 01:44 AM
Yes, here I am again, asking for title screens like I'm some title screen requester, honestly, maybe I should take the time to go and make my own, but y'see, I have come with this traditional idea in the corner of my mind of having brilliant minds make my title screens, because they have more original design sense than I could ever pull.

With my random rant out of the way, I generate a request of the requesting proportions, I request not one, but TWO title screens for my upcoming games being "Phantasia 2 Redux" and "Phantasia 5 Director's Cut" (Or some other name meaning a revamp of the original, I can only think of Director's Cut.)

If you could make me Title Screens of those two titles, that'd be grand, and as much as I hate jumpin' the boat on this, would I also be able to request two game over screens of the same game overing variety of the said two games? I would grace your wonderous contribution by adding your name to my credits when said games are finished in 2012.

I'd show more than needed, but I don't want to come off as one of those overly emotional individuals who'd cry over getting their favorite candy that they have been wanting to eat for 10 years. But I am pretty confident that you get the gestures peeps, thanks and Merry Christmas, Happy Holidays and Happy words in other languages I am unfortunate to speak to y'all.

Thanks in advance. :P

EDIT: How silly of me, I forgot to mention that these said games are on rm2k3. :P

Tales of Destiny and Tales of Phantasia tilesets.

Don't use it all at once, have fun.

I added a few things here and there that aren't in the original tileset for other uses, I'm sure you guys will have some use for them in your games. Have fun and pray that Spriter's Resource rips more of the Wild Arms 1 tilesets so I can make more and donate later. :P

...In hindsight, I think I should've put this one the Resource thingy at the top, but I had a lot of images to put up, so I don't know if I did the right thing or not.

Ahem, let me first state that I don't like fan games, (unless they are really made well.) and there is a lot of fan games that I see that look like total crap. On my formspring, this individual showed me this and this was my response:

Random Individual
http://www.youtube.com/watch?v=e4DBHi0UDJw here it is. Tell me what you think. Thanks

The game from what I looked at is about LP'ers on youtube, annnnd that's it. Nothing else.

J-Man reply: Ugh, fan games, I don't like fan games, especially if there is not much effort put into the game.

It must have been a week later, and now I received this here reply:
Individual: Ok I'm going to say this nicest way possible...Fuck off. If your going to insult my work after I offer you something, then your a complete loser. And what you did is the worst insult possible, mocking me. Before you amount to anything in life, grow up.

And here is my reply
I want you to show your work to this site. www.rpgmaker.net, and you will get almost the similar reply as I did, if not worse. I'm only stating what I say, and I do not like fan games. If you can't take criticism, then I strongly suggest you stop making games.

I ask, was this the right decision in saying that? Because I looked at his video for like 3 minutes and I thought it was shit, do you all think the same thing or do you have some other opinion about this, how would you have handled the situation? Again, I apologize if this is in the wrong section of the forum. >>;

In my new game P5, instead of random encounters, I now have touch encounters. Its really late in production to be asking, but it would make sense to have this system in anyway.

I'm trying to figure out how to code back attacks, and pre-emptive attacks with touch encounters, does anyone have a good ideas on how I can be able to do such a meaningful task? Your assistance will be greatly appreciated.
Pages: first 12 next last